Draymond Green was stuffing the stat sheet in Game 1 prior to his hard foul and ejection. He's back in action for Game 2 and as such, we're backing him to pick up right where he left off. This and more in our NBA daily prop picks for May 3. 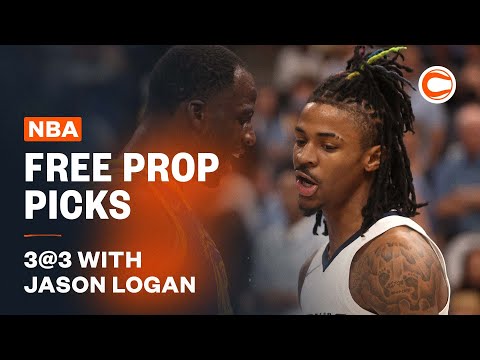 As players, coaches, books, and bettors all adjust to the results from the series openers, we scour the alternative odds for our top free NBA player prop picks for May 3.

NBA player props for May 3

Parked on the arc

The Boston Celtics shot 50 threes versus the Milwaukee Bucks in Game 1, nine of which came from forward Al Horford.

With the Bucks bullying the Celtics' perimeter players and forcing them to get rid of the basketball, Horford knocked down four of those long-range looks. That’s nothing new for the 6-foot-9 veteran forward, who finished the first round with a 9-for-15 count from distance.

The Celtics’ overzealous 3-point shooting burned them in Game 1, hitting only 18 of those 50 triples, and the team is preaching patience and smarter shot selection for Game 2. However, with Boston eager to crack the Bucks’ interior, Horford is a spot-up option either stepping back after setting high screens or enjoying extra space on the weak side when Milwaukee comes to help.

Horford enters Tuesday having hit two or more triples in all but two of his last nine games going back to the regular season and shoots 36.4% from long range in the Garden compared to just 30% on the road. His 3-point prop for Game 2 is pegged at 1.5 at sportsbooks but the price on the Over varies, from as high as -175 (BetMGM) to as low as -149 (FanDuel).

Call it spite. Call it an emotional wager. Call it whatever. I demand vengeance!

I was robbed with my prop bet on Over 22.5 for Draymond Green’s points/rebounds/assists for the Golden State Warriors in Game 1 versus Memphis this past weekend.

Green was en route to a big day, posting six points, four rebounds, and three assists in just 17 minutes of work before getting ejected for a hard foul in the second quarter. Draymond was doing Draymond things – which was the problem with the foul I guess – and books took notice of that abbreviated effort, as that same combo prop total is as high as 23.5 for Game 2.

Memphis is a tough team to beat on the glass, ranked out No. 1 in rebound rate in the NBA, so I’m going to take the boards out of the mix and focus just on Green’s points/assists prop tonight.

He was more aggressive in his limited possessions in Game 1, drawing two fouls and going 2-for-3 from the stripe. Draymond touched the ball on almost every trip down the floor for the Warriors and his playmaking is extra valuable when he draws the Grizzlies’ bigger defenders away from the basket, opening up space for quick handoffs and hitting backdoor cuts.

He was at a total of nine (six points/three assists) in 17 minutes last time out. At that rate, should he be able to stay on the court for his average of 33 minutes per postseason game, Green will roughly pump out 17 points/assists tonight.

Give me more, more, Morant

The Warriors’ game plan was pretty basic in terms of defending Ja Morant. Golden State gave the Grizzlies’ game-breaker an extra step of grace on defense and slid under all high screens, offering much more room from outside while protecting the paint.

Morant didn’t pass up those open opportunities, chucking up 11 shots from beyond the arc and making four of those long-range looks – two within the first 1:08 of the game. The Warriors are willing to live with those deep buckets knowing that worse things happen when Morant gets to the rim.

Before Game 1, Morant was coming off a rough shooting series against Minnesota in which he finished just 4-for-20 from distance, but he was also working his way back from an injury that kept him out of action at the end of the regular season. He averaged 1.6 triples at home on the year and Golden State will still play off and try to bait him into taking those shots from outside in Game 2.

Books aren’t adjusting much, putting his total 3-point makes at 1.5 again but increasing the juice to as high as -145 after it was paying plus-money in Game 1. We’re shopping for the lowest price but are still interested given the opportunities from outside still being there. 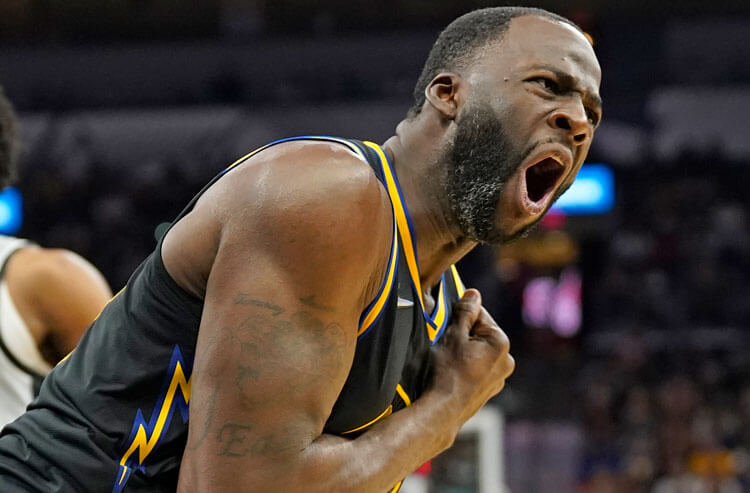 Today’s NBA Player Prop Picks: Going Back to Draymond for Game 2
Provided by