Anthony Davis will join forces with LeBron James, after the Lakers reached a deal with the Pelicans on Saturday. Los Angeles was already the 2019-20 championship favorite pre-trade and is now 3/1. 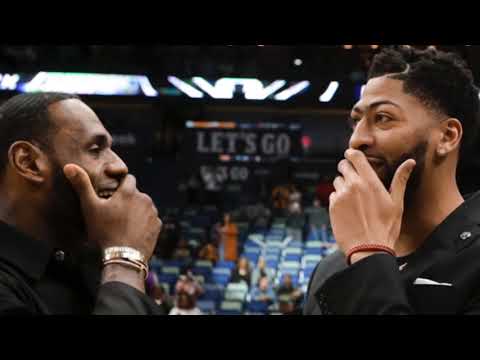 Less than 48 hours after the NBA’s 2018-19 season ended, everybody’s thoughts quickly turned to 2019-20 after the Los Angeles Lakers reached an agreement on a blockbuster trade to acquire Anthony Davis from the New Orleans Pelicans. But for anyone paying attention to NBA championship futures odds the past couple of weeks, Saturday’s big deal was hardly a surprise. **video

Now, with Davis joining LeBron James, the Lake Show is even more of a favorite, initially moving to 7/2 upon the trade announcement, then tightening to 3/1.

“We already had the Lakers as 5/1 favorites. We were staying out in front of this,” SuperBook manager Eric Osterman told Covers moments after the news broke, though he noted a sizable bet came in on L.A. shortly before the deal was sealed. “We did have somebody come in and bet $10,000 on the Lakers at 5/1, just about a half-hour ago.”

MGM Resorts sportsbooks had a sense earlier in the day that news was coming.

“We took some money today at 10/1, 8/1 and 6/1, and then we shut it off,” Jeff Stoneback, director of trading for MGM books, said from his home base at The Mirage on the Vegas Strip. Stoneback added that he’s in no hurry to put up a new number, though he anticipates it being in the 3/1 range.

DISCUSS THE IMPACT OF THE ANTHONY DAVIS TRADE ON THE NBA ODDS IN OUR NBA FORUM!

Alan Berg, oddsmaker for Caesars Palace sportsbooks, said his shops were tightening over the past week off money and information. The Lakers’ odds went from 15/1 to 8/1 primarily off a sizable wager, then L.A. went to the 4/1 favorite after significant injuries to Golden State’s Kevin Durant (Achilles) and Klay Thompson (ACL).

“We shifted them to the favorite with us speculating that AD was going to end up there,” Berg said.

PointsBet USA in New Jersey took a different approach Saturday evening. Matt Chaprales, head of content for PointsBet, said his operation instituted a price freeze on the Lakers’ futures until midnight Sunday ET. Bettors can jump on the Lakers at +700, which is actually behind the Bucks (+500) and Raptors (+600).

While there’s no questioning AD’s talent nor James’ status as an all-time great, Osterman said he’s somewhat baffled by recent and current action on the Lakers.

“Betting that number seems crazy, with all the other free agents who haven’t done anything,” Osterman said. “What if the Clippers get Kawhi Leonard and add a couple other pieces? The Clippers could be the better team in the same city.”

That was surely the case last season, with the Lakers finishing eight games under .500 and missing the playoffs, while the Clippers notched 48 wins and a postseason berth. And you also can’t overlook the newly minted NBA champion Toronto Raptors – especially if they keep NBA Finals MVP Leonard.

“The Raptors are still our top liability. We opened them 12/1, and a lot of people kept betting them,” Stoneback said, noting NBA futures have been up at MGM books for a couple of weeks. “The Lakers are in second.”

In terms of tickets written, it’s flipped at MGM books, with the Lakers No. 1 and Raptors No. 2. 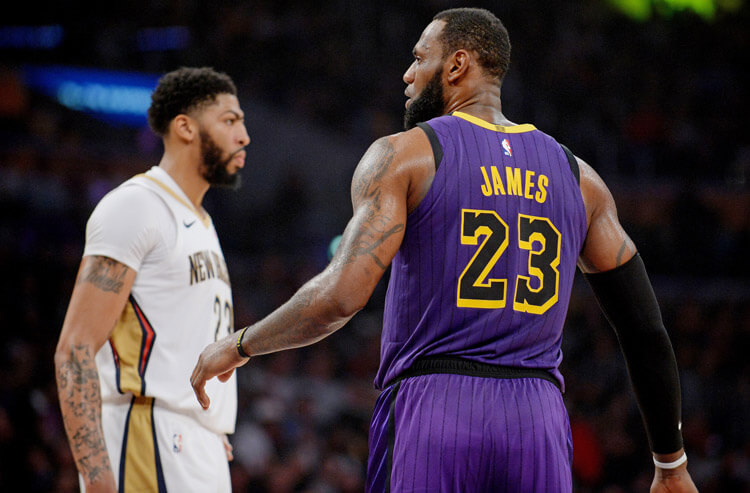