Boston will look to tie up the series Monday night after a sloppy Game 3 performance on its home court. Will it be able to get the job done or will Miami take control? Find out in our NBA betting picks and predictions for Heat vs. Celtics. 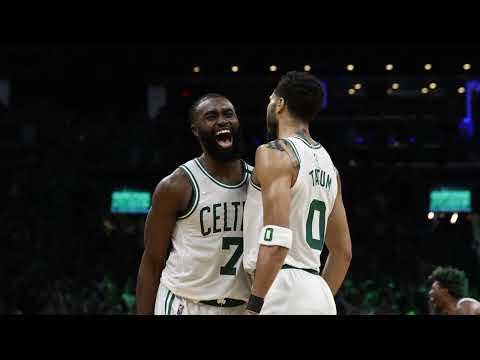 The expected ping-pong match between the Miami Heat and Boston Celtics in the Eastern Conference Finals has played out accordingly, with both teams stealing a win on their opponent’s floor.

Game 4 sees a new wrinkle added, with Miami star Jimmy Butler listed as a game-time decision due to nagging knee soreness that cost him the second half of Saturday’s contest. The Heat held up without their captain for a 109-103 win but are now 7-point underdogs in Boston for Monday.

Check out our free NBA betting picks and predictions for Heat at Celtics on May 23.

Boston opened as low as a 6.5-point home favorite and has jumped to -7 with Butler’s status up in the air. The total for Game 4 hit the board at 208.5 points.

The Celtics are 4-0 in the postseason following a loss. Find more NBA betting trends for Heat vs. Celtics.

Miami’s valiant second-half effort vs. the Celtics in Game 3 held off a surge from the home side, which closed a 26-point gap on the scoreboard to put a scare in the Heat down the stretch Saturday. Boston started the game a dismal 15-for-35 from the field (3 of 12 on 3-pointers) with 11 turnovers in the first half.

While the absence of Butler certainly helped the Celtics’ second-half chances, this team was too good to struggle like it did in the opening 24 minutes. Boston bounced back by shooting better than 54% from the floor in the final two frames along with nine makes on 12 attempts from beyond the arc.

That’s where the C’s pick up in Game 4 — Butler or no Butler.

Due to careless passing and sloppy play, Boston coughed the ball up 24 times in Game 3, and Miami quickly exchanged those mistakes for 33 points. Those errors also prevented the Celtics from finding any flow or rhythm offensively until late in the fourth.

They were averaging only 13.2 turnovers per game in the postseason before Saturday’s slopfest and even if they clean up their play in Game 4 to that average, that’s a little over 18 points off turnovers in the pocket of Miami — an improvement that would have made the difference in Game 3.

The current line seems a little protective of Butler’s health. Game 3 opened with Boston as low as -5.5 at home and jumped to as high as -6.5 before late money on Miami slimmed the closing line back at Celtics -5.5. But it’s not just Butler that Miami backers have to worry about for Game 4.

Super-sub and Sixth Man of the Year Tyler Herro suffered a quad injury on Saturday and was held out of the fourth quarter, leaving his status for Monday up in the air as well.

Purely speculating and not taking anything away from Miami’s efforts, but the Heat likely entered these two games in Boston with the realistic goal of stealing back at least one victory in the Garden, turning this into a best-of-three series with home court in Games 5 and 7. Mission accomplished.

This is a playoff-savvy team and rather than risk losing Butler and potentially Herro for the championship rounds of this series, the Heat could go safe in Game 4 and rest those key talents in order to better position themselves for what really feels like a seven-game slog.

I’m jumping on Boston as low as I can right now, trying to stay ahead of any injury updates that could boost this padded line any further. Keep a close eye on the line movement between now and tipoff, as the market often knows who’s in and out before the media reports on it.

The Game 3 total closed at 208 points and Over bettors needed some late buckets — uncontested dunk and a desperation triple — in the final 20 seconds of the fourth quarter to get over the hump, making the Over a perfect 3-0 in this series so far.

The Game 4 number opened 208.5 points and will likely dip significantly if Butler or Herro (or both) sit out Monday. That pair has combined for almost 39% of the Heat’s total offensive output this postseason. Miami has some capable bodies in backup spots, like Victor Oladipo and Gabe Vincent, but Boston doesn't need to take account for those guys like it does when Butler and Herro are on the floor.

As for the Celtics’ attack, it needs to be more protective of the basketball after turnovers turned the tide of this series Saturday. Those errors gift wrapped more than 30 points for Miami, which had picked up an average of 17 points off turnovers in the first two games of the series.

The old philosophy of “fake it before you make it” will apply to all of Boston’s passes Monday night after the Heat recorded an incredible 19 steals in Game 3, so expect the Celtics' offense to use up a little more shot clock and play with better focus.

We'll go Under trying to get out ahead of a total that could shrink quickly. As with the spread, keep a close eye on total movement if you want to wait on more concrete info around Miami's injuries.

If the Heat are potentially happy with stealing that road win and escaping Boston with no further damage done to its dinged-up stars, then we’ll likely know by halftime.

Boston will undoubtedly come out swinging on its home court, knowing how close it came to completing the comeback in Game 3. Despite being down 15 points at the halftime break Saturday, the Celtics are still the top first-half team in the postseason with an advanced net rating of +8.9.

The moneyline is a pricy option at -275 and will only get more expensive should Miami rest those injured stars, so we’ll instead look to the double result – 1H/full game line – for added value with minimal risk, considering how the opening 24 minutes could shake out.

Did you know that if you parlayed today’s NBA Heat vs. Celtics predictions and picks in a single-game parlay, you could win $53.44 on a $10 bet?

Heat vs Celtics Game 4 Picks and Predictions: Boston Knots Up Series With Game 4 Win
Provided by

Thunder vs Warriors Picks and Predictions: Everybody in the Poole
Kenny Ducey | Feb 6, 2023