The NBA is back, giving bettors a nightly action option on the hardwood.

Use these NBA betting tips and tactics to help make smarter basketball bets this season.

The NBA is a daily grind for players, and coaches are constantly juggling their lineups to adapt to opponents and injuries while keeping their key contributors healthy and fresh.

Keep a close eye on injury reports and follow beat reporters for the best insight into which players are suiting up and starting that night.

Due to the demanding schedule of the NBA, situational basketball bettors can find value just about every night. Pay close attention to a team’s calendar and when they run into schedules that have them playing plenty of games in a short span or cross the country on short rest. Use our NBA scores and matchup page to identify your best spots.

There are also lookahead and letdown spots aplenty, so weigh the previous matchup as well as the upcoming opponent before pulling the trigger on tonight’s point spread.

Unlike football, which sees teams in action just once a week, NBA teams play three and four times over seven days, which means bettors should put more weight into current hot streaks and cold skids. And that doesn’t just pertain to teams.

Bettors should also dive into which players are lighting it up and which ones are laying bricks over the past few games.

Betting road underdogs may seem daunting, but there is a lot of value in taking them. Last season, NBA underdogs won 50.3 percent against the spread and more than 30 percent straight up.

Unlike the NFL, crowd noise doesn’t affect NBA players and isn’t as much of a variable in basketball. More often than not, you’ll find teams that are road dogs that would be easily favored if they were playing at home. Smart bettors can take advantage of those kinds of matchups.

Betting road underdogs may seem daunting, but there is a lot of value in taking them. Last season, NBA underdogs won 50.3 percent against the spread and more than 30 percent straight up.

Unlike the NFL, crowd noise doesn’t affect NBA players and isn’t as much of a variable in basketball. More often than not, you’ll find teams that are road dogs that would be easily favored if they were playing at home. Smart bettors can take advantage of those kinds of matchups.

There is always a good time and a bad time to bet on a game. Usually, when the line first comes out is when the odds are at their most vulnerable. As game-time draws closer, the sportsbook will adjust several variables such as injury and player news and make the line “sharper.”

Most times, when teams suddenly list a superstar as out for the game the day of, the line will shift dramatically (also known as severe line movement). Sportsbooks may even suspend the game, and bettors won’t be able to wager on it until the book can adjust appropriately.

When the betting public majority backs one side, the line tends to change in that team’s favor. But reverse line movement is when most tickets are on one team, but more money is backing the opponent. That indicates sharp money, meaning the big-time bettors are taking the other side. Use our NBA Cover's Consensus to pick out who the betting public thinks is going to win.

8. Know when to bet against the public

The majority of the public loves to place action on the big teams like the Lakers, Nets, and Clippers. The media’s perception and false build-up of a team such as the Lakers can make them seem like massive favorites in a game that, in reality, is a toss-up.

For example, in a matchup between Los Angeles and Memphis, Betting on a less-talked-about playoff team like the Grizzlies may not seem hip. However, more often than not, it is the right play against square action on the Lakers.

Once you know who you’re picking, ensure you’re getting the best value for your bet. Some books such as Pinnacle will offer way better odds for heavy favorites, and the more money you stake, the bigger your returns will be.

Long-term, line shopping puts you in the best position of profiting from sports betting.

Referees are among one of the most significant outside forces that can dictate the pace of a game. Some refs tend to keep games closer than others and can dramatically alter Over/Unders by the number of times they send players to the free-throw line.

Check out how NBA referees fare so far this season against the spread and with Over/Unders.

There are several NBA betting systems out there that have proven to work when betting on the NBA. Here are eight that veteran bettors have used.

The High Totals System is for Over/Unders on non-conference games with an Over/Under of 220 points or more.

You’re banking on these games to go over every time. Sports Betting Professional Allen Moody profited hugely from this in the mid to late 2000s, and with the three-pointer becoming increasingly popular, it’s still a play used today.

Home teams that win by a blowout one night don’t consistently beat the spread the next time out. This is known as the Blowout System, and historically, these same teams as home favorites the next night cover a spread of 10 or higher less than 45 percent of the time.

It’s best not to be a prisoner of the moment in these scenarios. Fade teams that are coming off a big win on home court as they’re seemingly due to lay an egg the next time out.

The Bounce Back System

NBA teams coming off a bad loss often beat expectations. When betting with the Bounce Back System, if a team did a horrible job shooting the rock one night, look for them to bounce back in the next game.

Additionally, look to isolate player props when it comes to the bounce back system as well. If Damian Lilliard shot the rock terribly in one game from the three-point line, look to target this three-point total the next night as he’s due to regain his form.

The Three in Four System

When betting with the Three in Four System, look for teams playing three games in four days to beat the point total often. Teams may be suffering from fatigue and don’t put in as much intensity on defense. Thanks to the large shooting volume, teams may also heat up on offense after this many games in such a short period.

Exposing team loss rates on a back-to-back is a must. Teams playing back to back on the road are 18 percent more likely to lose than usual. However, it’s essential to consider whether or not a team is traveling in-state from Los Angeles to Sacramento or from Los Angeles to Boston. Time zones make a huge difference when traveling in the NBA and especially wear on older players.

The Tunnel System employs betting Overs and Unders on the same game with different totals at different books when the lines are the same.

If a sportsbook sets a Lakers-Heat total at 217, but another book sets it at 220, you would bet the Over on one and Under on the other. If the final score reached a total of 218 or 219, you would automatically win both bets. If the final total is different from 218 and 219, one of your bets gets graded correctly regardless.

In the NBA, the Martingale system involves doubling down on Overs for specific teams until you win, allowing you to recoup losses and make a small profit.

If the Raptors total is 102 for a game and you bet the $10 on the Over and lose, you would wager $20 on them for the next game, doubling your stake until you hit. You would need a larger than average bankroll to use the Martingale system consistently.

The D’Alembert System is more appealing to bettors with smaller bankrolls, as it’s healthier for managing your money and unit size.

How To Bet On Basketball

What are severe line moves?

Severe line moves are when betting action or odds change dramatically due to an unforeseen event, such as an injury to a major player or other factors.

What does betting against the public mean?

Betting against the public means seeing where the rough betting consensus is or which is the more popular bet and choosing the other outcome. 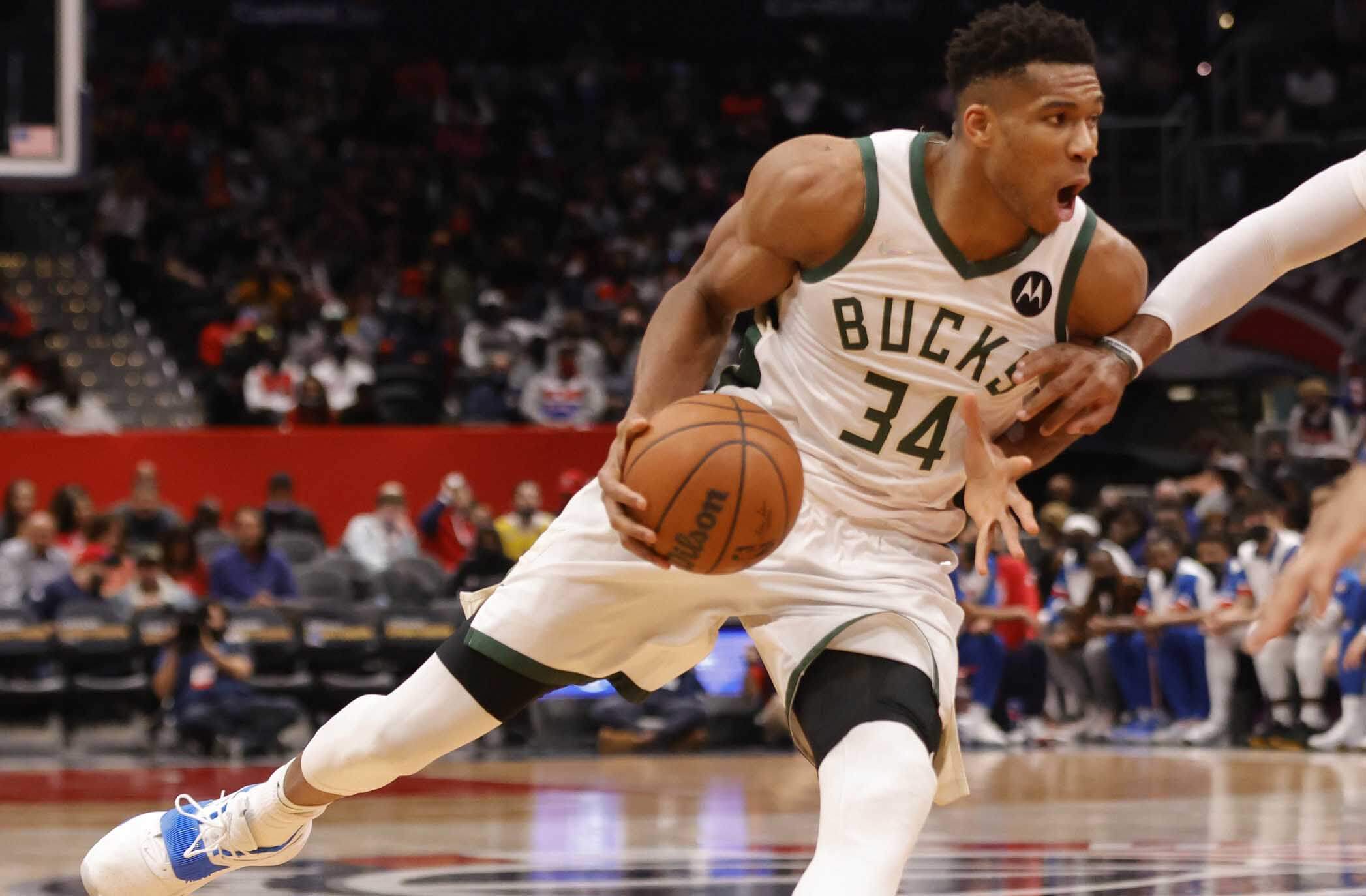 The Ultimate Beginner's Guide To Betting on Baseball
Jason Logan | Dec 20, 2021
About Us
Contact Us
Careers
Our Team
Brand
Testimonials