Christopher Bell has been trending up in the second half of the NASCAR season and sees a great price for an AutoTrader EchoPark Automotive 500 in which the favorites should be faded. See who our NASCAR betting picks like in Texas.

Yup, the NASCAR postseason has very much mirrored the regular season's first few races, with huge underdogs taking the checkered flag. Despite this, AutoTrader EchoPark Automotive 500 odds still favor the Cup Series contenders to assert themselves.

As the playoffs shift into the Round of 12, check out our best free AutoTrader EchoPark Automotive 500 picks and predictions for Sunday, September 25.

Picks made on 9/21/22 at 9:55 a.m. ET.
Click on each pick above to jump to the full analysis.
Odds courtesy of DraftKings Sportsbook.

He finished third in this very race the last two years to go along with five Top-8 finishes in his last seven tries on intermediate tracks this season. He’s the only driver to score a Top 5 in all three playoff races thus far.

He won both the All-Star race and the playoff race a year ago. Larson also has four Top-4 finishes on intermediate tracks this season, and four Top-8 finishes in his last seven starts on the season, too.

Blaney has a Top-12 finish in all but one Texas start — in fact, he has six Top 8s in his last eight tries. The two exceptions: he led 145 laps in 2019’s spring race before an engine problem, and led 150 laps, sweeping both stages in July 2020 before a late-race fluke caution. He won the All-Star race this past spring — Larson did so last year and doubled down with a fall race victory.

A very solid sleeper play here. Jones has six Top 10s in his last seven tries at Texas, including three fourth-place runs in his last six. Also, in five Xfinity Series tries on the 1.5-mile track, he’s finished in the Top 4 every time, including two wins. He just won on an intermediate track in the last round at Darlington.

He has a pair of fifth-place finishes in two of the last three fall Texas races, and four Top-10 finishes in his last six intermediate track starts this season.

This, surprisingly, isn’t one of his strongest tracks. Yes, he won the spring race in 2019 and was runner-up this past year in the All-Star Race, however, those are his only Top-5 finishes in his last nine Texas tries. Five of his last nine finishes have been 21st or worse. Too steep if you ask me.

He hasn’t had a Top 5 in any of his last nine Texas starts, including being 12th and 20th in 2020, and 13th and 32nd a year prior. He was seventh last year. Three of his last six intermediate track finishes have seen him finish 29th or worse.

Busch has five straight Top 10s at Texas, and six in his last seven there. However, he’s finished outside the Top 20 in three of his last four starts on intermediate tracks and hasn’t had a Top 5 finish overall since June 5. Along that thread, Busch has finished 26th or worse in five of his last seven races. Now that he’s no longer in the playoffs, I wonder if those stats will struggle to improve. Odds are far too low for me to bite on him this week.

I’m fading five of the Top 8 in the odds, which allows for more plays in terms of your driver lineup. I just don’t understand why Denny Hamlin — who’s finished 21st or worse in five of his last nine starts here — is tied for the top odds. I don’t get how a driver without a Top 5 in his last nine Texas starts is third-best (Elliott). I don’t know why a driver without a Top 5 finish since June 5 is the fourth-best (Busch). There are far better plays to be had.

I like the plus money here. Logano has had better Texas stats as a whole lately relative to Elliott, plus has been better on intermediate tracks this season to boot. 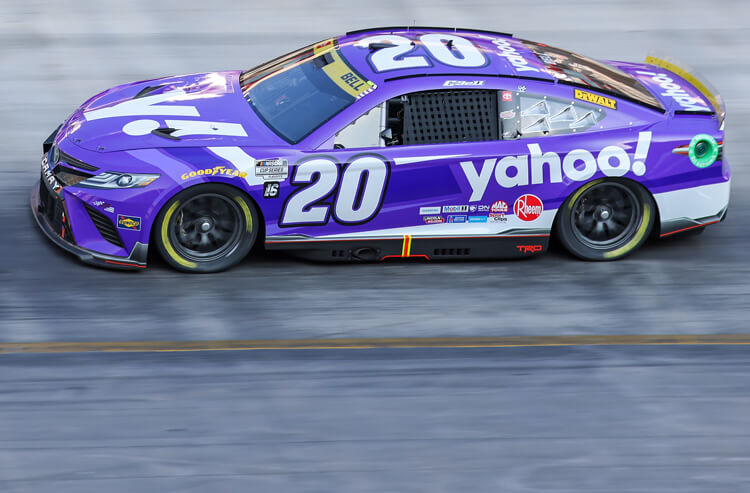