With Seattle's season gaining steam and Vancouver's inability to generate offense — especially with a key attacker away on international duty — our MLS betting picks are leaning on the Sounders to come away victorious, potentially in clean-sheet fashion.

The second edition of the Cascadia Cup for 2022 will take place Tuesday night when the Seattle Sounders welcome the Vancouver Whitecaps to Lumen Field.

Having not taken victory on the road in Seattle since 2016, the Whitecaps seek their first road win streak in four years while their bitter rivals attempt to dig themselves out of their early-season hole with yet another win.

Seattle must deal with multiple key players out on international duty, while the Whitecaps navigate injury issues and road struggles. While rivalry matches can sometimes be difficult to predict, there is no doubt the fixture will be entertaining and intense.

Here are our Seattle Sounders vs Vancouver Whitecaps MLS picks and predictions for Tuesday, June 14.

Fans will want to bring a jacket to the match on Tuesday night, as temperatures at kickoff will be in the mid-50s. Thankfully for all, there is no rain in the forecast, with only a slight breeze expected.

While currently stuck in 11th place in the West, nobody is panicking in Seattle just yet. The Sounders have at least two matches in hand on every other team in the conference, thanks to their run through the CONCACAF Champions League earlier this season.

In becoming the first MLS side to win the competition in 22 years, they had to prioritize those matches over their league tilts, a key reason they won just two and drew one of their first eight fixtures in 2022.

They’ve righted the ship since then, winning three of their last four including two straight at home. Their big names have each scored at least once in that stretch, with Raul Ruidiaz scoring the winning goals in each of their last two outings.

He will need to step up against Vancouver to help offset the absence of Jordan Morris and Christian Roldan, both of whom are on international duty and have combined to score five of Seattle’s 15 goals this year.

If they could play every match at home, Vancouver would be a playoff team right now. Their away form is the reason they're not, with their most recent road outing, a 1-0 win at lowly Kansas City, ending a stretch of six straight away defeats to start the campaign.

They’ve been held scoreless in two of those seven trips, with the others seeing them score just once. They've scored just 16 goals this season, with a fourth of them coming from the penalty spot. In fact, three of their four goals over the past three matches have come via spot-kick.

Vancouver’s non-penalty xG for 2022 is 0.98 goals per 90 minutes, as they continue to rank dead-last in the league in shots on goal (just 38 through 14 matches) and managing just 14 in seven road matches. In fact, their only attempt on goal against Kansas City was a penalty, which Lucas Cavallini converted. Their leading scorer will be absent from this match, away on international duty, leaving Vancouver without their top-rated player on the season and anybody to truly test Stefan Frei.

Seattle should win this match, but there is little value in betting them outright. There is, however, value in the halftime result. Seattle are the worst first-half home team in MLS this season, having scored just twice prior to the break at home in their five matches.

In three of those matches, they were behind at halftime, but Seattle has registered a plus-4 goal differential after the break with two wins and two draws. With three of their four starting defenders out on international duty, I expect them to play a bit cautiously as well.

Vancouver, on the other hand, ranks near the bottom in first-half results away from home. They've scored just four goals in seven matches while conceding nine times.

When you combine this with the fact that Seattle will be without a few of their big guns up front, I like a first-half draw paired with a Seattle win after the break for a solid return on investment.

Vancouver’s seven away matches have all gone Over 2.5 goals, save for their victory over Kansas City.

As for Seattle, three of their five home tilts have all gone over that mark, the other two matches being a pair of 1-0 defeats where they obviously failed to score at all. The trends all point to the Over being the obvious play.

In this case, however, there are circumstances to take into account beyond simply looking at trends. Building on the previous discussion, Morris, Roldan, and Cavallini being out immediately lowers the expected offensive output for both sides.

Vancouver cannot be expected to contribute much to the total (something we will touch on more in a moment) as they're simply not creating opportunities on the road. At the defensive end, the Whitecaps have allowed just five goals in the five matches since keeper Cody Cropper returned from injury.

Add in the fact that Frei’s +2.4 post-shot expected goals minus goals allowed metric is the seventh-highest in the league, and it makes it tough to see this contest going Over.

Both of these teams have scored in four of the last five meetings, including each of the last three at Lumen Field. In addition, Vancouver have managed to score in all but three of their 14 matches in 2022. However, the absence of Cavallini can’t be ignored, nor can the fact that two of those three bagels were in away matches.

That said, while the Sounders have yet to keep a clean sheet at home this season, and just one in total, I believe this is the perfect opportunity for them to do so.

As mentioned earlier, three of Vancouver’s four goals over the past three matches have come from the penalty spot. Furthermore, they’ve scored just two goals in their last three road matches, a sucker-punch against Charlotte and a lone tally against a poor Kansas City side, and have averaged just two attempts on target on the road.

Rivalry matches tend to bring the best out in teams, especially at home, and the Sounders should feed off their home fans as they continue to push to right their season. Take Seattle to win this one without conceding a goal against a Vancouver side depleted by international call-ups. 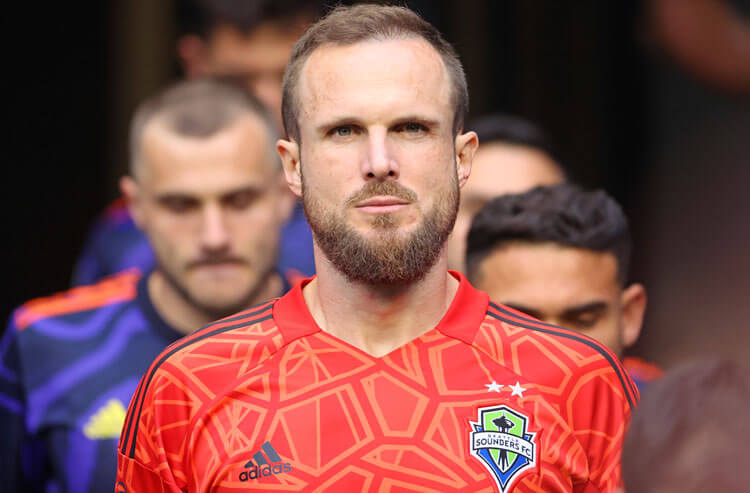