Sporting KC is on a bit of a heater, but the Sounders are rounding back into form after splitting time with CONCACAF early-season. Count on two-way fireworks for MLS betting, as both teams look primed to find the back of the net in a heated grudge match.

Saturday afternoon should feature an entertaining match in MLS, as perennial Western powers Seattle Sounders and Sporting Kansas City face off at Lumen Field. While the visitors are having a down season, Sporting KC are coming off a massive road win and now travel to a venue where they’ve won in each of their last three trips.

The Sounders will not only look to defend home field, but they will also seek revenge for one of the biggest flashpoints of the 2021 season. Their high-paced offensive attack will be without a key cog, but the CONCACAF Champions are in terrific form and will attempt to extend their unbeaten run at home to five matches. Here are our Seattle Sounders vs Sporting Kansas City picks and predictions for Saturday, June 25.

It will be a very pleasant afternoon in Seattle on Saturday, with temperatures at kickoff in the upper 70s and pushing towards the mid-80s as play continues. Wind impact will be minimal at Lumen Field, with no chance of rain in the forecast.

The Sounders have continued their climb up the table following a slow start brought on by balancing two competitions at once. Since claiming the CONCACAF Champions League in early May, Seattle have moved from near the bottom of the Western Conference to now sitting in the final playoff spot, with matches in hand on the rest of the league. They now host Sporting KC in their third match of a five-match homestand.

Seattle’s 1-1 draw last weekend with LAFC ended a run of three consecutive victories at home, as they yet again failed to hold onto a lead. The 79th-minute equalizer from Cristian Arango was the ninth goal they’ve allowed this season in the final half hour, as they've now dropped seven points from a winning position after the halftime interval. Jordan Morris created a career-high five scoring chances, but with leading scorer Ruiz Ruidiaz out with a hamstring injury, there was nobody clinical enough to put them away.

Sporting KC comes into the match on a bit of a resurgence themselves, claiming a 6-0 win over third-division side Union Omaha in the US Open Cup on Wednesday night. This comes on the heels of a shocking 2-1 victory over Nashville, their first road victory in nine attempts this season, which also ended Nashville’s 25-match unbeaten streak. Midfielder Graham Zusi’s winning wonder-strike from outside the box saw him named to the MLS Team of the Week.

One of the worst defenses in the league has cleaned things up a bit of late, conceding multiple goals just once in the five matches following their 7-2 drubbing at the hands of Portland. More importantly, they’ve picked it up at the offensive end. After scoring just eight goals in their first 11 matches, they’ve now scored eight goals in their last six in league play. Two new signings, midfielder Erik Thommy from VfB Stuttgart, and forward William Agada of Hapoel Jerusalem, will help solidify the squad, but neither will be eligible until July 7.

The last three matches between these two sides in Seattle have seen the hosts walk away with a defeat, including last October’s showdown where Sporting keeper Tim Melia slammed Cristian Roldan to the ground in what looked like a finishing move straight from the WWE. The incident went unpunished even after VAR got involved (although Melia was later suspended for a match), and tensions got higher when Seattle conceded a late goal for a 2-1 finish.

The Sounders will be motivated by the match last fall, and while Sporting finally got a road win last weekend it will take more than that for me to believe their road woes are resolved. Seattle builds up much faster in attack than Nashville — who was also missing Walker Zimmerman in defense — and their fast-break style is what Portland used to dismantle Sporting earlier this season. Seattle is heavily favored, and rightly so. Take them to win despite the juice.

Last week’s 1-1 draw saw Seattle fail to score multiple goals at home for the first time in four matches, as the absence of Ruidiaz was clearly felt. Fredy Montero managed just one shot before being subbed off after 67 minutes, while Roldan failed to convert any of his three shots. LAFC were content to sit back and let Seattle find spaces to operate, and they struggled to do so.

That isn’t how Sporting KC operates, and it hasn’t been how these two have played things out in the past. The last seven matchups between these two sides have each seen at least three goals scored, and Kansas City has scored in six of their nine matches away from home this season. With the visitors’ confidence levels high after the past week, I look for them to come out seeking a win, allowing for an open contest with plenty of scoring chances, and the Over to hit yet again between these two sides.

Seattle have scored in five of their seven matches at home this season, finding the back of the net 11 times over the past four. As for the visitors, Kansas City have scored in six of their nine road contests this season, and in each of their last three. They’re now facing a Seattle defense that has kept just two clean sheets in 14 league contests, and that has conceded seven goals in their seven home tilts.

Both teams have scored in each of the last seven matchups between these two sides, with the result of all seven being three or more goals. Add in the knowledge that six of Kansas City’s nine matches on the road this season have seen both sides on the scoresheet, along with five of Seattle’s seven home fixtures, and also that Seattle has a penchant this season for conceding goals down the stretch, and this one sets itself up well for history to repeat itself. Your best bet is to forgo picking a winner, and wager on a high-scoring affair where both teams contribute. 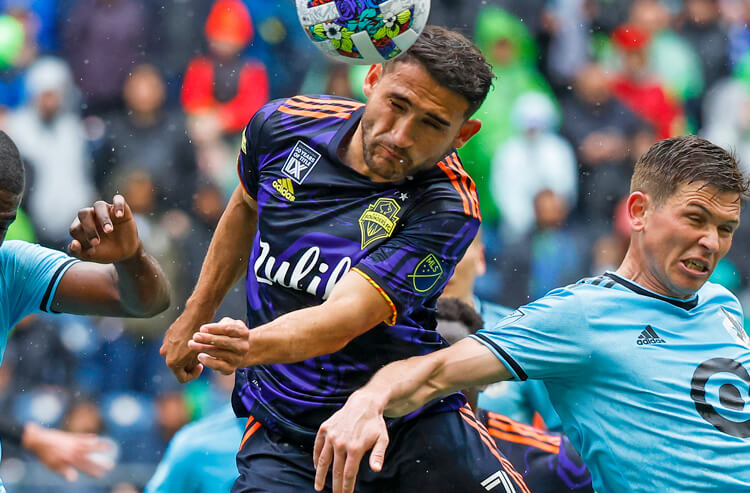