Columbus and Portland may have met in MLS Cup previously but it's a different setting this time, with both sides trying to secure playoff berths. Ahead of Sunday's clash, check out our Crew vs. Timbers MLS betting picks.

The Columbus Crew and Portland Timbers meet on Sunday afternoon, looking to consolidate their playoff positions with just a few games remaining in the regular season.

The Timbers, amid a season-high four-game winning streak, are playing their best soccer at precisely the right time, while the Crew have only lost only two of their previous 18 games and are unbeaten in four at home.

Check out my free picks and predictions for the Crew vs. Timbers, with kickoff on September 18.

Columbus churns out ties more often than Santa Claus hands out presents. Forty-seven percent of their matches have ended in both teams taking a share of the spoils. Five draws occurred at Lower.com Field, including three of the last six.

The Crew enter the match holding on to the final playoff spot in the Eastern Conference, two points ahead of Atlanta and Miami and a point behind Cincinnati and Orlando. Manager Caleb Porter can ill-afford to see his side lose a home game with just four matches remaining and will set up his side to minimize the chance of defeat.

Columbus is a decent side at Lower.com Field but is by no means a powerhouse home outfit. The Crew have the Eastern Conference's fifth-worst home record, taking 23 points from 15 games.

Like Columbus, Portland has a propensity to draw games. The Timbers have drawn 12 matches this season, the most in the Eastern Conference and joint-second most in MLS. Unlike Columbus, the Timbers, considering their recent run of a single win from their previous four road games, will be more content with a draw.

Portland is in sixth place in the Western Conference, five points ahead of 8th-place Los Angeles Galaxy, who are on the outside of the playoff picture peering in. Los Angeles has a game in hand, but with three games remaining, Portland is still marginally more comfortable than Columbus.

While Columbus' fans won't be satisfied with its beloved team playing for a tie, the importance of the match and parity between the sides should see both earning a share of the spoils.

My best bet: Both teams to score and the match to end a draw (+375 at BetMGM)

Neither team can afford to lose Sunday's all-important tilt. Portland is firing on all cylinders but is due for a setback. However, Savarese is a savvy manager who will ensure his side is set up to withstand an early Columbus onslaught.

Portland has scored 23 away goals, the Western Conference's joint-second most. But its offensive prowess will be tested against a Columbus Crew side that has only conceded 13 goals at Lower.com Field.

Columbus has the Eastern Conference's joint-second stingiest home defense, offering a perfect litmus test for a Portland offense that is confident in enemy territory. More than likely, Columbus' stout and sturdy defense will nullify Portland's dynamic attack, resulting in a dead heat.

Historically, this head-to-head contest is a breeding ground for goals. The last seven games in all competitions between Columbus and Portland have seen three or more goals. In addition, Portland scored at least two in its previous seven against the Crew.

Portland's previous six away games resulted in the Over, and five of its last six also saw more than three goals.

However, Columbus allows less than a goal per game at home and understands the importance of this match. The Crew will invariably shore things up at the back so they don't allow one of the most prolific offensive road sides to play with freedom and enterprise.

Portland's mediocre away record will prevent it from playing expansively, knowing a loss could knock it out of a playoff position. It's a match that will ensue like a playoff game, with both sides battening down the hatches to ensure they leave with a hard-earned point.

The temperature will be hovering around 79 Fahrenheit for the early afternoon kickoff. Winds will be light to moderate at about 10 mph, and humidity is expected to be 54%. Chances of precipitation are low, at about 10%. 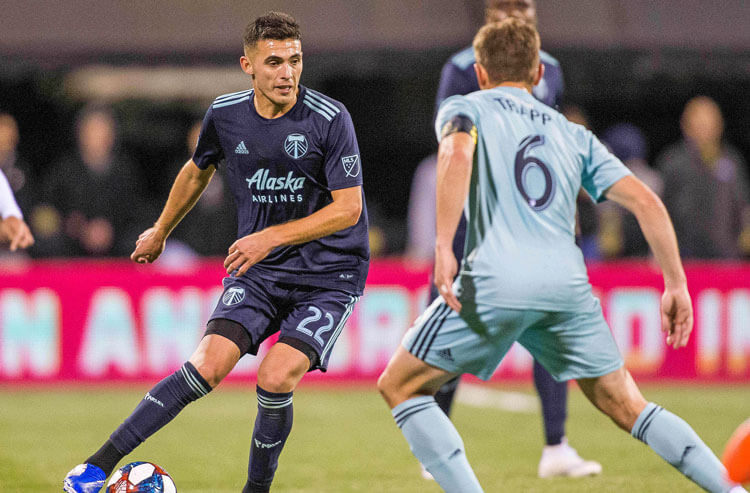