With Austin looking to stay red hot, and the LA Galaxy looking to get back in the win column, this fixture presents an interesting handicapping test. We break down the matchup and where the best value lies in our MLS picks and predictions below.

Sunday afternoon sees a clash of Western Conference leaders, as second-place Austin FC plays host to third-place LA Galaxy. Austin seeks their fourth-straight victory and looks to put any doubt to rest with another strong result.

Meanwhile, the Galaxy will look to return to their early-season form after having their five-match unbeaten streak ended last week.

It will be a matchup between the top-scoring side in MLS and the team that has allowed the second-fewest goals all season. See how it plays out in our Austin FC vs LA Galaxy tips and predictions.

The players will have to deal with sweltering conditions on Sunday evening. The heat index will be in the upper 90s with plenty of sunshine and zero chance of precipitation. Moderate winds in the mid-teens are expected as well.

Since their only loss of the season in Portland, Austin has gone unbeaten in their last six matches, winning each of the last three. After winning just nine games in all of the inaugural 2021 campaign, they have already claimed six victories and taken 20 points from nine matches. It took them 26 matches to reach that same point total a season ago.

Sebastian Driuss is at the heart of everything Austin does offensively. Since joining the club midway through last season, he has been a goal-scoring force.

The MLS Player of the Month for April is tied for the lead in the Golden Boot race with seven goals and has spearheaded an Austin attack that leads the league with 22 goals scored. They are performing far ahead of their 15.5 expected goals this season, far and away the largest xG to actual goal differential in the league.

Now they square off with an LA Galaxy side that has allowed just seven goals through nine matches in 2022. Improving the defense was a major point of emphasis for the Galaxy after conceding 54 goals a season ago, second-most of any team in the West. While their set-piece defense needs work, they have allowed just two goals in nine matches from open play, and have the lowest xGA from open play in the league.

Their struggles have mostly come at the opposite end of the pitch. Javier “Chicharito” Hernandez opened the season with six goals in his first five matches but has failed to find the back of the net in his last three. Just once has he gone four matches without a goal since joining the Galaxy.

While LA continues to create chances from wide areas, their inability to generate scoring through the middle is a real problem. They have just one goal and zero assists combined from Douglas Costa and Kevin Cabral thus far this season.

The Galaxy have already been heavily tested this season and have gotten results, which cannot be said for Austin. As many pundits have pointed out, their early-season schedule cannot be ignored when analyzing their success.

Not only is their goals-over-expected total reaching some of the highest marks of an entire MLS season, but they have yet to play a team that could be remotely considered good. In fact, their best win so far would likely be their victory over FC Cincinnati.

The next month will give us a true idea of just how good this Austin team is, and that begins with the Galaxy. The first of five straight matches against teams currently sitting in the Top 5 of the Western Conference, this matchup will feature the toughest defense Austin has yet seen.

While they won 2-1 against Houston last weekend, they were fortunate to not concede more goals, and starting keeper Brad Stuver will miss just his second start in club history after being injured early in the match. The Galaxy should be able to generate enough chances to finally see one go in, while stifling Austin enough to get a result on the road.

Of Austin’s 22 goals this season, 15 of them have come from open play. The Galaxy have shown their ability to prevent just that, with one of their two goals allowed from open play coming courtesy of the penalty spot. In their 2-1 win against LAFC, whose offense is second only to Austin’s this season, Galaxy keeper Jonathan Bond put on a show, allowing just one goal on seven shots on target while facing a 1.61 xGOT.

In their last six league matches, LA has allowed no more than one goal, and has kept two clean sheets away already this campaign. The fact they have done so against some of the better teams in the league leads me to believe this will be a frustrating match for Austin. With some heavy juice involved in nearly every total in this game, Austin scoring less than two goals offers the best price given the odds.

Austin has had a bit of a habit of falling behind this season. While no team has taken more points from losing positions than their seven this season, they have shown a penchant for having to come from behind to win. Their stunning late comeback from 2-0 down at DC United shows they can never be counted out, but they have been outscored in either half four times in their last six matches in MLS.

It's for that reason I love the Galaxy to be the better side in either half. LA’s defense is going to give Austin their biggest test, and Houston showed last week that there will be chances to be created. I believe that the Galaxy can take a result from this match, and to get them winning either half at near even money is simply too good a value to pass up.

Pick: Galaxy to win either half (-110 at DraftKings) 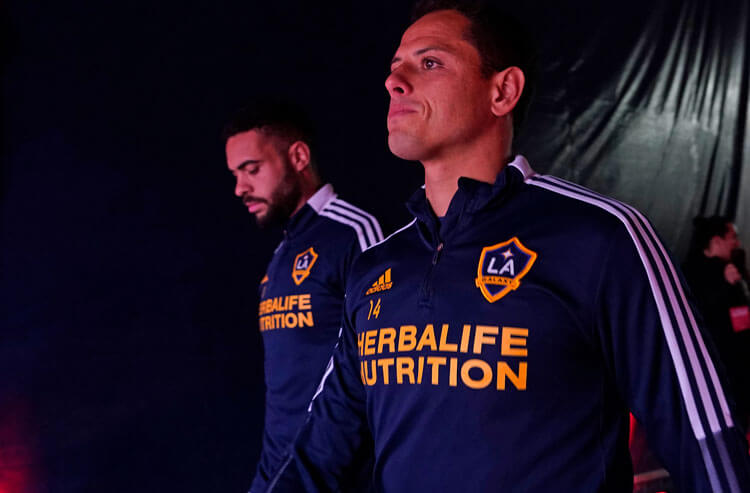