Yankees vs Red Sox Picks and Predictions: Bronx Bombers Get to Wacha Early

New York and Boston lock horns on Sunday Night Baseball, with the Yankees looking to do damage against a veteran pitcher returning from injury. Find out why we're banking on them to do exactly that in our Yankees vs. Red Sox betting picks.

The New York Yankees and Boston Red Sox face off on Sunday Night Baseball in the rubber match of a three-game series.

After a thrilling come-from-behind victory for Boston in Game 1 on Friday, the Yankees pulled off a rally of their own last night.

Can the Yanks get their 73rd win of the season, or will the Red Sox send the Fenway faithful home happy tonight?

Find out in our free MLB picks and predictions for Yankees vs. Red Sox on Sunday, August 14.

Jameson Taillon (11-2, 3.95 ERA): A former second overall pick of the Pirates, Taillon hasn't quite lived up to the hype through six seasons in the show. The 30-year-old right-hander owns a career ERA of 3.84 but has an ERA+ of 98 in his first two seasons with New York. Taillon is 11-2 on the season with the Yankees in 2022, but hasn't pitched more than five innings in each of his last four starts.

Michael Wacha (6-1, 2.69 ERA): An All-Star with the Cardinals in 2015, Wacha was having somewhat of a statistical renaissance season with Boston this year until he suffered shoulder inflammation in early July. The right-hander hasn't seen MLB action for more than a month, but threw 4 2-3 innings of shutout ball in his Triple-A rehab start on August 8.

The Yankees are 13-6 in the last 19 meetings between these two teams. Find more MLB betting trends for Yankees vs. Red Sox.

Following Tommy Pham's walk-off single for the Red Sox on Friday, it was Isaiah Kiner-Falefa's time to shine last night, as the Yankees shortstop hit his first home run in pinstripes and knocked home the game-winning run in the 9th inning as the Yankees stole the second game in Beantown.

Tonight, New York looks to take the series against their arch-rivals as they send Jameson Taillon to the mound. Taillon's numbers haven't blown anyone away this season, but the former top prospect generates high-level spin with both his fastball and curveball.

Despite getting roughed up against Boston on July 10 and allowing six earned runs, Taillon followed that up in his next outing against the Red Sox with a fantastic performance just six days later. Taillon went six strong innings, giving up just two hits and one run while striking out five.

Michael Wacha returns to the mound after missing a month of action and will be facing one of the best offenses in baseball right away. Despite the Yankees' recent struggles, Aaron Boone's club still ranks second in runs per game and first in home runs.

After scoring just five runs in their first two games of this series, all signs point towards the Yankees lighting up the scoreboard on ESPN tonight. In 107 team at bats against Wacha, New York is hitting .346/.402./513 off the Boston hurler.

Despite New York not being at 100% in their lineup with injuries to Giancarlo Stanton and Matt Carpenter, they have more than enough weapons to do damage against Wacha and open the floodgates early.

I'm already banking on the Yankees to score a ton of runs tonight, but New York isn't exactly sending an ace to the mound. Boston still has dangerous weapons in Rafael Devers, Xander Bogaerts, and J.D. Martinez, and I'm not expecting Taillon to throw any sort of gem at Fenway.

The Red Sox bullpen has been nothing to write home about in 2022, and New York's isn't been as dominant due to the injuries to Michael King, Chad Green, Zach Britton, and Miguel Castro.

The Over is 7-2 in the last nine meetings between these two teams. Fenway Park is primarily hitter-friendly, and I expect the Green Monster to see some action tonight as some balls fly out of the yard.

Anthony Rizzo has a solid sample size against Michael Wacha, dating back to his days as a Chicago Cub when Wacha was still in St. Louis.

In 47 career at bats, the Yankees' first baseman is slashing .447/.500/.681 off the Red Sox starter, with five extra-base hits and three home runs. Rizzo is currently hitting third in the Yanks' lineup between Aaron Judge and Josh Donaldson, meaning he's going to get many chances to drive runners home.

Rizzo holds an OPS+ of 138 on the season, the best of his career since 2019. I expect the Yankees to score their fair share of runs tonight and for Rizzo to be one of the main catalysts. 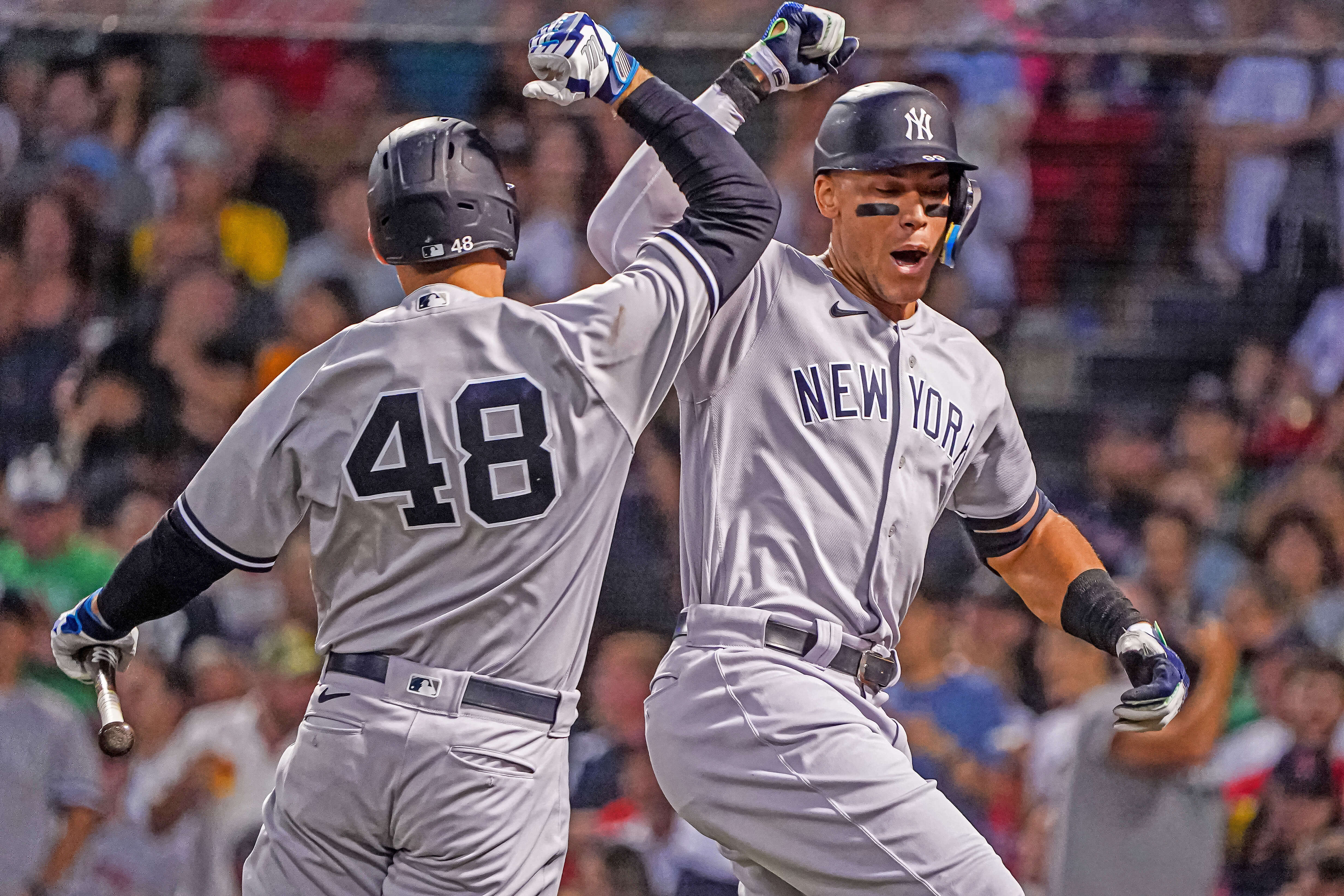 Yankees vs Red Sox Picks and Predictions: Bronx Bombers Get to Wacha Early
Provided by