White Sox vs A's Picks and Predictions: A's in the Hole

Oakland's starter has had his ups and downs this season, but appears to be in form as his team clings to Wild Card hopes. Find out if they can take advantage today as we break down our White Sox vs A's picks.

On Thursday, September 9, the Oakland Athletics host the Chicago White Sox at RingCentral Coliseum. The Athletics came away with the win against the Sox on Wednesday, and they’ll now try to make it two in a row.

Will Oakland take this series by winning the third and final contest in this three-game set? Continue reading our White Sox vs. Athletics picks and predictions to find out.

Reynaldo Lopez (3-1, 2.08 ERA): Lopez has appeared in 15 games for the White Sox this season, but he has only started in five of those contests. The righty has been stellar in his role all year, as he is extremely effective no matter how many innings he pitches. Lopez also happened to pitch a great game against the Athletics in his last outing, as he threw five innings of shutout ball against them on August 17. Lopez did, however, give up three runs in four innings against the Kansas City Royals in his most recent trip to the hill.

Sean Manaea (8-9, 3.91 ERA): Manaea had allowed five or more runs in three of his five starts before turning in seven innings of two-run ball against the Toronto Blue Jays. The lefty really turned things around in that performance, as he struck out nine batters and kept the Athletics in the game. Look for the 29-year-old to build on that performance here, as he tends to run a little hot and cold.

The Under is 6-2-1 in Oakland’s last nine home games. Find more MLB betting trends for White Sox vs. A's.

The Athletics were shut down the last time they faced Lopez, as the righty threw five innings of shutout ball and gave up just one hit. All in all, Oakland has had a hard time against Lopez in the past, with the team having a combined batting average of just .132 against him. However, Lopez doesn’t work very deep into games, as he has pitched just five innings total over his last two trips to the hill. That said, if he struggles at all, he’ll then be handing over work to an average bullpen. That presents a real opportunity for the Athletics to strike, and they should like their chances.

While the Athletics lineup hasn’t collectively figured out Lopez in the past, it’s worth noting that Matt Olson is 3 for 11 with a homer off of the 27-year-old. Oakland would definitely benefit from getting some extra runners on for the slugger, but the point is that Olson can change with one swing of the bat. He’s also due for a big performance, with his last homer coming against the Seattle Mariners on August 23. Olson is batting .347 with 18 homers and 48 RBIs in day games this year, so this situation suits him well.

Manaea has had some struggles coming into this start, but he really turned things around against the Blue Jays last Friday. When he’s in a groove, he can be extremely hard to make contact against. That’s not great news for a White Sox team that is ninth in the league in strikeout rate against southpaws.

This total opened at 9.0 and then quickly went down to 8.5. Considering the early money is mostly on the Over, that suggests there’s some sharps backing the Under in this one. It makes sense in a game like this, as the White Sox can normally count on Lopez not to implode in his four or five innings of work. Even if he makes a mistake or two, it’s not likely to result in an outing in which he gives up four or five runs.

Meanwhile, the Athletics are looking for another impressive performance from Manaea. The lefty was missing a ton of bats in his most recent start. He should be able to fan seven or eight batters in this one, while doing his part in keeping Under bettors happy. 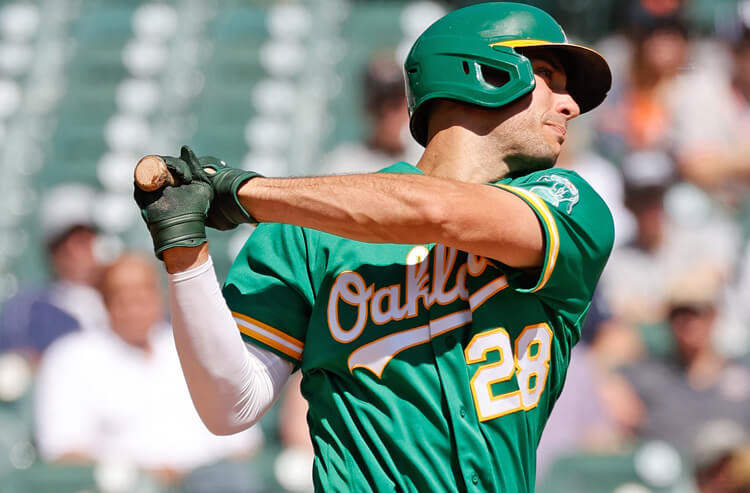 White Sox vs A's Picks and Predictions: A's in the Hole
Provided by