Sportsbooks won't be smiling much if Minnesota wins the World Series. The Twins were as much as 80/1 long shots in the offseason at The SuperBook at Westgate, but they are now down to 8/1. 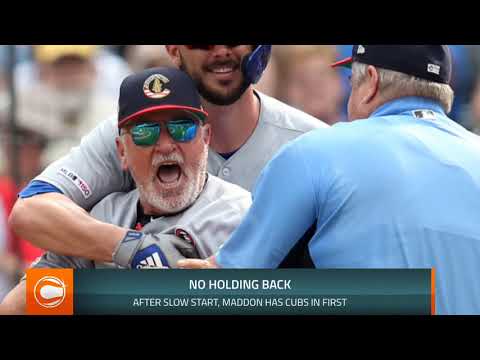 As Major League Baseball emerges from the All-Star break, there’s a large enough body of work – and betting action – to determine which teams could be problematic for oddsmakers when it comes to the odds to win the World Series.

Covers looks at four MLB teams sportsbooks don’t want to win the Fall Classic, with insights into the MLB odds from Eric Osterman, manager at The SuperBook at Westgate; Jeff Davis, director of trading for Caesars Palace sportsbooks; and the trading team at BetAmerica.com.**video

Suffice it to say that neither bettors nor bookmakers expected Minnesota to be 23 games over .500 at the All-Star break. But that’s where the Twins are, with a 56-33 record – the fourth-best mark in the majors – and a 5.5-game lead in the American League Central.

At The SuperBook, no other MLB team jumps off the balance sheet quite as much.

“Obviously, they have overperformed,” Osterman said. “They’d be the worst team for us, as far as the legitimate contenders. We have one ticket at 50/1 that would win six figures. That’s really the biggest one, and then we’ve got a couple for a hundred bucks at 80/1, 60/1 and 40/1.”

New Jersey sportsbook BetAmerica.com is singing from the same hymnal when it comes to the Twins.

“We aren’t really exposed on the World Series, with relatively balanced action across the board, but we are definitely rooting against the Twins,” BetAmerica’s trading team said.

Among the larger potential payouts was a $100 wager on Minnesota at 66/1. The Twins are now 9/1 at BetAmerica.

OK, give us your best Macaulay Culkin shocked face, because sportsbooks once again have significant liability on the North Siders. Pretty much regardless of sport, particularly at Las Vegas books, Chicago’s professional teams are huge draws for public bettors, even when those teams aren’t expected to be good.

The Cubs were expected to be good, which only compounded betting interest. Chicago reached the postseason each of the past four years, winning the World Series in 2016.

“With the Cubs, it’s just an avalanche of Chicago public money,” Davis said of action at Caesars books. “We get the same on the Bears and Blackhawks every year. We opened the Cubs 9/1, got as high as 18/1, now we’re at 7/1.”

A few blocks away at The SuperBook, the Cubs also bounced around a bit since World Series odds first went up Oct. 19. Chicago opened at 10/1, then stretched to 25/1 by mid-April after going 5-9 in its first 14 games. But the Cubbies are now 47-43 and atop the National League Central, a half-game ahead of Milwaukee in a division that has just 4.5 games separating first from last. Chicago’s odds have tightened to 16/1.

“The majority of the money on the Cubs is at 10/1 and 12/1,” Osterman said. “It’s not what I’d call sharp money, and it usually never is on the Cubs. They’re a favorite public team. I don’t remember a year when we didn’t have liability on the Cubs.

“The Cubs are far and away ahead of every other team but the Yankees on ticket count. The Yankees are the only team even close.”

There’s more money on the Yanks than any other team in the futures market at The SuperBook, but Osterman said it’s mostly public money and that “we just about break even on the Yankees.”

IF YOU'RE LOOKING TO BET ON THE WORLD SERIES WINNER, CHECK OUT THE BEST SPORTSBOOKS AVAILABLE TO YOU!

On May 1, just more than a month into the season, Washington was nothing to write home about. Unless you like writing letters about how bad things are. The Nationals were 12-17, the second-worst mark in the NL – ahead of only the miserable Marlins – and the fourth-worst record in the majors.

Fast forward to this week, and the Nats are 47-42. While that record still puts them six games behind Atlanta in the NL East, the Nationals are atop the NL wild-card standings.

“As for our World Series bets, (one) we will be watching is a $200 wager on Washington at 35/1 odds,” BetAmerica’s trading team said.

Milwaukee stormed out of the gate, winning seven of its first eight games, then ran hot and cold until a seven-game winning streak from May 3-10. That put the Brewers at 24-16 and in a virtual tie with the Cubs atop the NL Central.

On July 1, the Brew Crew led the division at 46-39, but dumped five of six games entering the All-Star break to stand at 47-44, a half-game behind the Cubs. 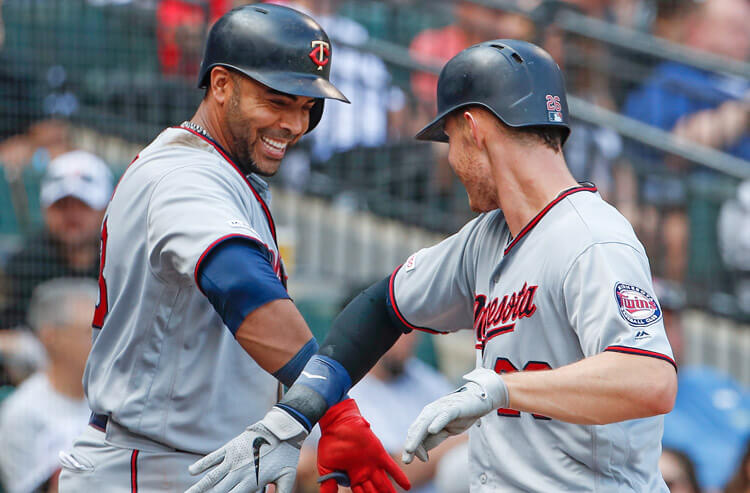 Rays vs Red Sox Picks and Predictions: Tampa Wins Battle of the Bullpens
Robert Criscola | Jul 4, 2022
About Us
Contact Us
Careers
Our Team
Brand
Testimonials