The Mariners have been leaking runs and tonight send Chris Flexen to the mound, with more struggles on the way. Slumping Seattle highlights today's best MLB player prop picks, where we look at swing-happy Atlanta and a bright spot in KC. 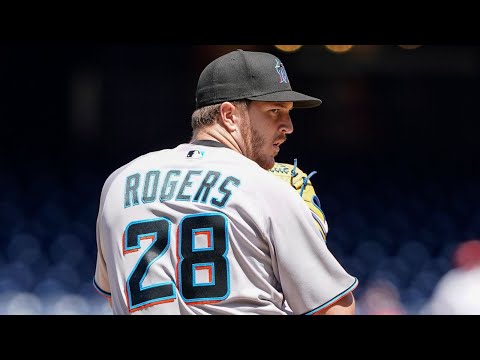 There's nothing like kicking off a weekend with some winning baseball bets, so, we’ll try to do just that by diving into the player prop market.

Tonight, we go back to our favorite strikeout prop punching bag in the Atlanta Braves, look to Andrew Benintendi to keep swinging a hot stick, and expect Chris Flexen won’t be flexing his muscles against the Houston Astros.

Check out our MLB player prop picks for Friday, May 27, as we bank on some of baseball’s best to do their thing.

MLB props for May 27

It looks like the Atlanta Braves are going to be our strikeout prop punching bag whenever we get plus money going forward. A night after Aaron Nola racked up 10 Ks, we’re going back to the well as the Braves open a series against Trevor Rogers and the Miami Marlins.

The Braves have really leaned into the swing-for-the-fences mentality this season, and it's basically working. They rank fifth in home runs, but at the same time, their 9.82 strikeouts per game are dead last in the MLB while their K-rate while facing lefties is next-to-last.

Tonight, they’ll face Marlins starter Trevor Rogers. The southpaw has gotten off to a bit of a slow start a year after finishing second in the National League Rookie of the Year voting in 2021.

Rogers has been finding too much of the plate with his fastball early on and has been hit hard and the strikeouts haven’t been there. But, his fastball velocity and spin rate are still among the best for lefties in baseball and he may have turned a corner striking out 13 batters in his last 9 1-3 innings. This is more in line with his 10.6 strikeouts/nine innings from last season.

Now, the Braves strategy worked against Rogers in his last start on May 20, getting to him for five runs on three dingers in just four innings, but Rogers also recorded five strikeouts. If he can make a few adjustments and make it through five, he should go Over 5.5 Ks tonight.

When you consider Rogers racked up 17 strikeouts in 13 1-3 innings against the Braves last season, at +120, this is a solid bet.

Despite the fact the Kansas City Royals have just three wins over their last nine games, their offense hasn’t been too terrible over that stretch. A big reason for that is outfielder Andrew Benintendi.

Benintendi has been locked in for most of the season. The lefty is hitting .329 with a .827 OPS and he’s in an even hotter stretch at the moment. Benintendi is in the midst of a nine-game hitting streak where he is putting up a .412 average with a 1.000 OPS.

He’ll look to extend that streak when he and the Royals continue their series with the Minnesota Twins. The Twins hand the ball to right-hander Bailey Ober, who has some solid numbers — 2.55 ERA and a 1.14 WHIP — but the advanced stats say Ober is due for a bit of a regression.

His expected ERA is a much more average 4.86 and his opponent expected batting average is .252 with his fastball and changeup being the most susceptible to getting hit. And while Ober gave up just one run on three hits in his previous start against the Royals, Benintendi went 1-1 with a single and a walk against Ober and is now 2-5 in his career when facing him.

Ober has only pitched more than five innings once this season, which could mean several innings of work for a Twins bullpen that ranks 16th in ERA and 19th in opponent batting average.

All things considered, at plus money, Benintendi to go Over 1.5 total bases looks like a great value tonight.

The early season excitement around the Seattle Mariners has quickly evaporated. They enter tonight’s matchup against the Houston Astros losers of six in a row and sit at 18-27, dead last in the American League West.

The M's biggest problem has been run prevention. The only team in the AL to allow more than the 207 the Mariners have is the Royals. That might not change tonight with Chris Flexen taking the ball.

Flexen had gotten off to a solid start this season, but like his team, that seems to be a bit of a mirage. The right-hander now owns an xERA of 6.19 and is giving up a .579 expected slugging percentage to opponents. Both of those are in the bottom-seven percent of MLB.

On Friday night, Flexen gets the pleasure of facing an Astros lineup that ranks fifth in OPS and third in home runs when facing right-handers this season.

Combine that with the fact Flexen has been quickly building up his pitch count recently, don’t expect a long outing from him in this one, and take the Under on his outs recorded prop — a number he has gone Under in four straight starts. 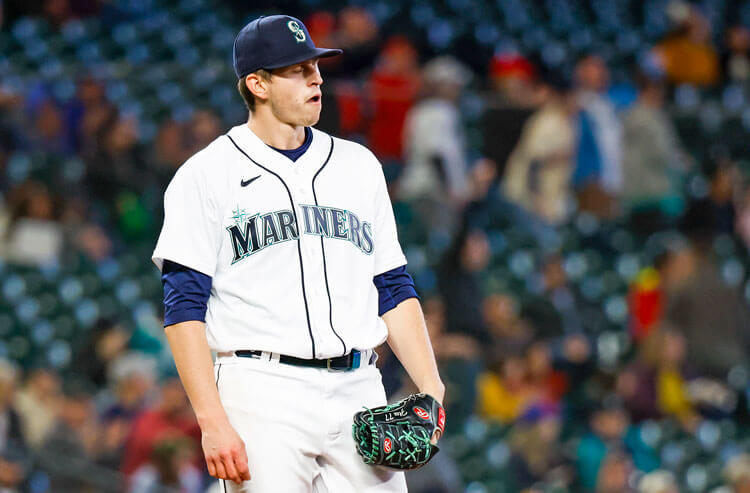