Shohei Ohtani is fanning 13.4 batters per nine innings and limiting opponents to a .146 batting average. Facing a 5.5 strikeout total today, his lowest output of the season so far was 5 Ks.

It’s a getaway day in Major League Baseball with eight matinee matchups to fuel our MLB prop betting needs all day long. And with 15 games total there will be no shortage of MLB props to choose from.

But none get us more excited than knowing it’s Sho-time! Yup, Shohei Ohtani takes the ball for the Los Angeles Angels when they visit the Oakland Athletics, and it appears that books have given us a gift with the two-way star’s strikeout prop.

We break down and pick those games and more with our best free MLB prop bets and predictions for Thursday, May 27.

Just like last season, the Bottom-Feeders are proving to be a scrappy bunch in 2021. In fact, the Miami Marlins now sit in second place in the National League Eas,t just a game and a half behind the New York Mets.

The Marlins have done it thanks in large part to excellent starting pitching. Sandy Alcantara, Trevor Rogers, and today’s starter, Pablo Lopez, have all been outstanding. Plus, they should be getting Sixto Sanchez back soon.

For Lopez, he is pitching to a 2.73 ERA and a 1.18 WHIP and has bounced back nicely after getting shelled by the Los Angeles Dodgers a few starts ago. The right-hander is coming off shutting out the Mets over seven innings on just four hits while striking out eight.

Lopez now faces a Philadelphia Phillies lineup that is dealing with a bunch of injuries – including Bryce Harper – and strikes out the third-most in baseball, getting punched out 10.12 times per game. With Lopez in a groove and going Over this number six times in his last nine starts, this prop bet provides good value.

While the Tampa Bay Rays 11-game winning streak came to an end, they are still arguably the hottest team going in baseball, having won 12 of 13, and will look to begin a new streak as they go for the series win against the Kansas City Royals.

To do so, they hand the ball to left-hander Shane McClanahan. The fireballing rookie averages 97.4 miles per hour on his fastball and has 26 strikeouts in 22 1-3 innings. Now he goes against a Royals lineup that is sputtering lately. The Royals are scoring just 3.5 runs per game over their last 10 contests and now rank 23rd in OPS.

While the Rays bats have been a little subdued this series, they're still averaging 7.54 runs per game over this 13-game stretch and next they’ll face off against Brady Singer. The right-hander has solid numbers, with a 4.98 ERA while allowing opponents to hit .276 off him over his last four starts.

The Rays are good value to have the lead through five innings in this one.

You know it’s Sho-time! Los Angeles Angels' two-way superstar Shohei Ohtani makes his seventh start of the season when he takes the ball against the Oakland A’s.

Ohtani is coming off an up-and-down performance against Cleveland where his fastball velocity was down and he lasted just 4 2-3 innings while striking out five. But he ended up allowing just two runs on five hits.

That game brought Ohtani’s ERA up to 2.37 while striking out 13.4 batters per nine innings and limiting opponents to a .146 batting average. Now, he faces a middling Oakland offense that ranks 26th in batting average and 15th in strikeouts per game.

Ohtani proved he can get punchouts against patient teams when he struck out 10 Astros earlier this season, and his five Ks last time out was his lowest output in 2021. And in that game, it looked like he was dialing back on the velocity a bit for a little more control. It worked in a sense, as he walked just two batters, but expect the velo to jump back up in this one.

This number is just too low to say no to.

MLB betting card for May 27 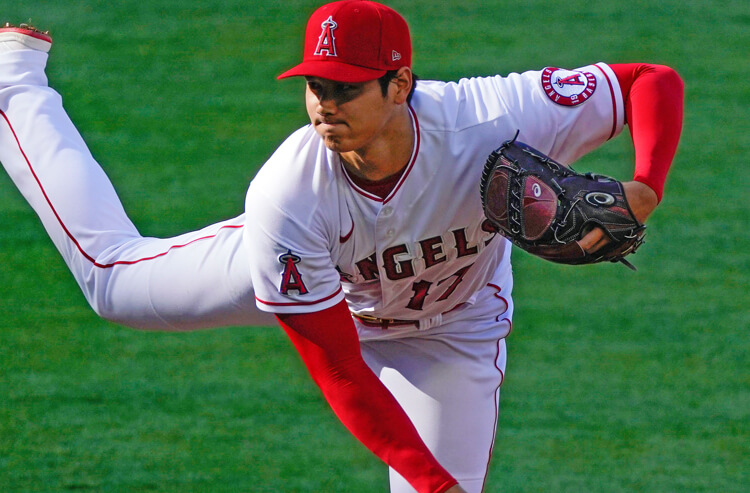 Today’s MLB Prop Bets, Picks and Predictions: Sho Me the Money!
Provided by