Highlighting today's edition of MLB player prop picks is Aaron Nola, who should roll through a swing happy Atlanta team to avoid the sweep for the Phillies. We're also looking at a struggling starter and a batter finding their form. 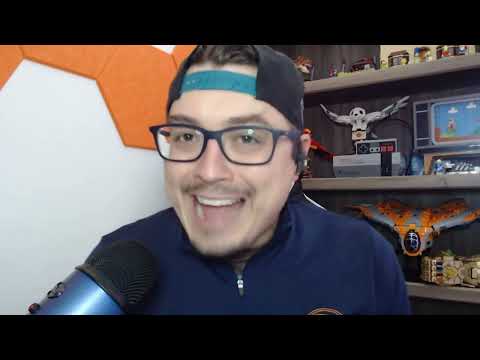 It’s a solid day of action on the diamond, with 11 games on the MLB schedule for hungry player prop bettors to dig into.

Today, Patrick Corbin takes the ball for the Nationals, which of course means we are fading him, there is value with a Jose Ramirez prop even with a tough pitching matchup, and Aaron Nola should keep racking up the Ks against the Braves.

Check out our MLB player prop picks for Thursday, May 26, as we bank on some of baseball’s best to do their thing.

MLB props for May 26

Remember that one year Patrick Corbin was good? No? Well, he doesn’t either. Corbin takes the ball tonight for the Washington Nationals and he’ll be in tough once again, going against a Colorado Rockies team that loves to beat up on southpaws.

Corbin has made nine starts for the Nationals this season. They have lost all nine and he’s been a big reason for that. Corbin has pitched to an expected ERA of 6.39 and is surrendering a .316 expected batting average to opponents this season. Over his last two starts, he has surrendered 10 runs on 14 hits.

Now he faces a Rockies team that continues to perform well when facing left-handers. Colorado ranks first in the MLB when it comes to batting average vs. lefties this season and second in OPS. This won’t be the first time Corbin has taken on the Rockies this year.

Corbin pitched one of the weirdest complete games of the season against the Rockies in Colorado back on May 4. The lefty threw eight innings while allowing five runs (three earned) on nine hits while striking out just three batters in what was a 5-2 loss.

That’s been a bit of a theme for Corbin, despite his struggles. He has pitched at least five innings in each of his last five starts.

The problem is, Corbin’s stuff just isn’t great and he is just letting too many guys get on base, as evidenced by his 1.70 WHIP. There is no reason to think the Rockies can’t tally three or more runs against him again tonight.

Hot out of Cleveland

It’s not every day that you get a Jose Ramirez total bases prop at plus money when he’s locked in, but that’s what we get today when he and the Cleveland Guardians visit the Detroit Tigers.

So, why are we getting this plus money?

Well, after a scorching hot start to the season where he ended April hitting .342, Ramirez hit a bit of a cold stretch and saw his average drop all the way to .280. But, you know a player as good as Ramirez isn’t going to stay down long, and the Guardians' third baseman is starting to swing a hot stick once again.

Ramirez has collected hits in five of his last six games, good for a .364 average, but here’s the best part: Seven of his eight hits in that stretch have gone for extra bases.

The other reason for the plus money is the matchup with Tigers starter Tarik Skubal. The lefty is having an outstanding season, pitching to a 2.47 xERA, and has thrown 19 consecutive scoreless innings. While Skubal has been great, Ramirez has given him problems early on in his career. Ramirez is 5-11 (.455) in his career against Skubal, which includes a triple in a meeting back on May 20.

Ramirez’s total bases may seem risky against a dealing Skubal, but his current form, record in the head-to-head, and the plus money makes it too much to pass up.

It has been a slow start to the season for both the Philadelphia Phillies and the Atlanta Braves in the National League East. Both are below .500 and are looking up at the New York Mets but it’s the Braves who have had the upper hand in this series, taking the first two games at Truist Park.

However, getting the sweep will be difficult as the Braves will have to go up against Phillies ace Aaron Nola.

The right-hander has been fantastic for the Phillies through the first two months of the season. Nola is pitching to an xERA of 2.76 and is limiting opponents to a .221 xBA. Nola is also punching out batters at a solid rate, recording 11 strikeouts per nine innings. That should play tonight against the Braves.

Atlanta has leaned hard into the “swing-for-the-fences” philosophy at the plate. The Braves rank fifth in home runs, but their 9.8 strikeouts per game are dead last in the Majors. So too is their K-rate when facing right-handed pitchers this season.

With Nola racking up eight or more strikeouts in four of his last six starts, getting him to do it once again, against a free-swinging Braves team, and at plus money? Sign me up. 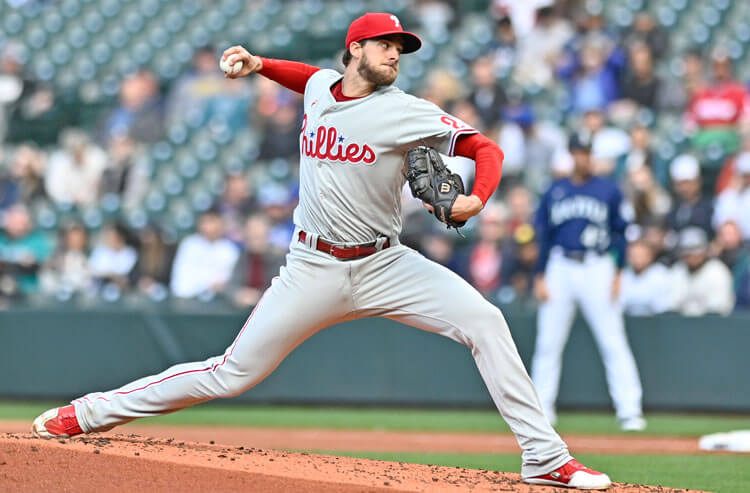