Looking for the best MLB props on a busy Monday night slate? We've got them right here for you, headlined by two of the hottest hitters on the planet continuing to rake, plus a pitcher's duel between two of the major's best clubs.

Major League Baseball opens the week with 13 games on the schedule — which means we have a night full of baseball prop betting ahead of us.

We open the week by highlighting a pair of total bases props for the hottest hitters on the planet as Vladimir Guerrero Jr. continues his assault on the Green Monster when the Toronto Blue Jays visit the Boston Red Sox, while Nick Castellanos continues to power this 2021 edition of the Big Red Machine.

We break down and pick these games and more with our best free MLB prop bets and predictions for Monday, June 14.

It wasn’t that long ago that people were ready to label Toronto Blue Jays first baseman Vladamir Guerrero Jr. a bust. Now, he is challenging Ted Williams and Joe DiMaggio for the best OPS in a player’s age-22 season in the history of baseball.

Simply put, Vladdy is not of this world. He is second in the MLB in batting average and first in home runs, RBIs, OPS and total bases, and he has been absolutely demolishing Boston Red Sox pitching in this wrap-around series. Guerrero is 7 for 11 (.636) with an unfathomable 2.260 OPS with three dingers and has an average exit velocity of 104.3 mph.

Now, Guerrero goes up against Nathan Eovaldi in the finale. The Red Sox right-hander has battled his consistency this season, pitching to a 4.11 ERA and a 1.29 WHIP. On top of that, Eovaldi has actually struggled more against right-handed batters this season, surrendering a .308 batting average.

This is a great price to back Vladdy to stay hot.

Nick Castellanos rakes. The Cincinnati Reds outfielder has been one of the most productive hitters on the planet and he’ll look to stay white-hot when he and his teammates begin a three-game series in Milwaukee against the Brewers.

The baseball must look as big as a grapefruit to Castellanos right now, as the Reds’ slugger has recorded a hit in 27 of his last 28 games. Castellanos is hitting .423 with a 1.155 OPS with four home runs and 14 RBIs and has gone Over 1.5 total bases 22 times during this stretch.

Castellanos and the Reds face off against Brewers’ starter Eric Lauer. The lefty has been bounced back-and-forth between the rotation and long-relief appearances to mixed results. Lauer owns a 4.82 ERA with a 1.39 WHIP and is allowing opponents to hit .273 off him this season.

Oh, did we also mention Castellanos is also mashing southpaws? He is hitting .404 with a 1.206 OPS against lefties this season. Getting the Over on his total bases at plus money seems like a steal.

Two of the best starters in the American League face off when Tyler Glasnow and the Tampa Bay Rays visit Lance Lynn and the Chicago White Sox in a matchup of division-leading teams.

Glasnow has been outstanding for the Rays this season, pitching to a 2.57 ERA, a 0.93 WHIP, is limiting opponents to a .174 batting average and of course, the strikeout artist is punching out 12.5 batters per nine innings.

The White Sox counter Glasnow with a dominating right-hander of their own in Lynn, who owns a 1.23 ERA, a 0.88 WHIP, and is limiting opponents to a .171 batting average his first season in Chicago.

Lynn will also get the chance to rack up the strikeouts against a Rays team that whiffs more than anyone in baseball, getting rung up 10.48 times per game. On top of that, the Rays are not a team that hits for a great average, ranking 22nd in the MLB.

This matchup has pitcher’s duel written all over it and we’re betting that’s the case. 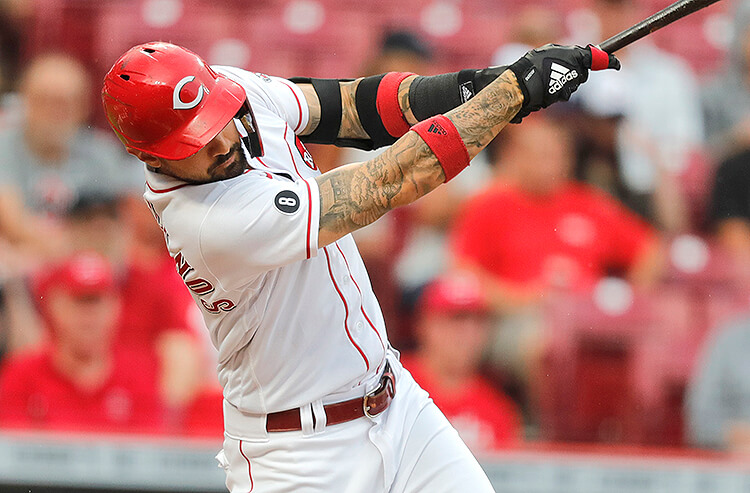 Red Sox vs Rays Picks and Predictions: Road Dogs Have Edge with First Place on the Line
Chris Toman | Jul 31, 2021