The Cubbies, riding a five-game winning streak, hit lefties hard and face struggling Mets southpaw David Peterson for tonight's series opener. Can the +105 underdog Cubs make it six in a row? Find out with our Cubs vs. Mets picks and predictions.

The Chicago Cubs and New York Mets open a four-game set at Citi Field in a matchup of National League division leaders.

The Cubs enter this series winners of five in a row while the Mets have won five of their last seven. While Chicago has been a much better team at home this season, is there some value on the club as short road underdogs as it comes into this one on a roll?

Check out our MLB free picks and predictions for Cubs vs. Mets on Monday, June 14, with first pitch scheduled for 7:10 p.m. ET.

Chicago landed on DraftKings' odds board as a modest -113 favorite this morning, and the moneyline has since jumped the fence to New York -120. That said, as of 4:30 p.m. ET, the Cubs are taking 67 percent of tickets and 72 percent of cash. The total toggled between 9 and 8.5 several times and is now 9 (Under -124), with 54 percent of tickets/63 percent of dollars on the Under.

Jake Arrieta (5-6, 4.97 ERA): It has been an up-and-down return to the Cubs for Arrieta but he bounced back nicely last time out following a rough outing against the Giants. The right-hander limited the Padres to one run on four hits while striking out six in five innings of work.

David Peterson (1-5, 6.32 ERA): Peterson’s first full season in the big leagues has not gone to plan so far. The lefty has a 1.51 WHIP to go along with that sub-par ERA and his last two starts have lasted a combined three innings. He allowed nine runs on 11 hits and had as many walks as strikeouts (four) over those outings.

The Cubs are 7-0 in their last seven games at Citi Field. Find more MLB betting trends for Cubs vs. Mets.

The Cubs enter this matchup winners of five in a row and will look to improve on their 14-17 road record when they open this series with the Mets. Luckily, their bats will be able to set the tone early in this series as they face off against Peterson.

It has been a struggle for the lefty in 2021 and while the last two starts have been particularly brutal, he just hasn’t had a feel for his pitches for most of the season. Peterson ranks in the bottom 10th percentile in MLB when it comes to expected ERA and expected opponent batting average.

He faces a Cubs lineup that's hitting bombs right now. Over their last 13 games, they are scoring 4.77 runs per game thanks to hitting a major league-leading 26 home runs over that stretch. The Cubbies also handle lefties fairly well, ranking 10th in average and seventh in OPS.

While Arrieta has had his problems this season, he's coming off a strong start and held the Mets to one run on three hits back on April 20. The Mets have been better at the dish lately but still rank 24th in scoring and 18th in OPS. The Cubbies have value as a short road dog here.

The total has seen early Under money and despite a pair of starters with ugly ERAs on the bump, we have to agree with that assessment.

While Arrieta hasn’t been as strong on the road this season, he has a good start against the Mets already this year and is coming off a strong performance at Petco Park against the Padres.

For Peterson, his slump is a bad one, but he has been better at Citi Field where his ERA is a more respectable 4.12. And while the Cubs are rolling, if they aren’t homering they aren’t hitting. Chicago ranks 29th in batting average over its last 13 games.

The other factor that has us liking the Under is the bullpens. The Cubs and Mets rank second and eighth, respectively, in reliever ERA and both have managers who aren’t afraid to give their starters a quick hook if things aren’t going right. This one should sneak Under the total. 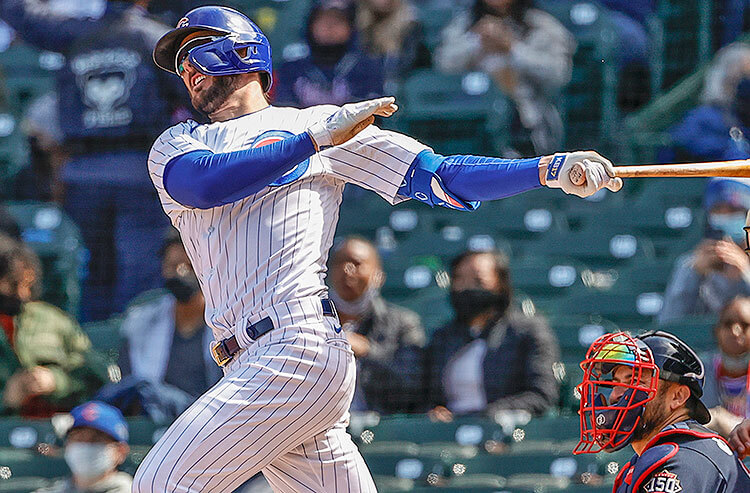 Blue Jays vs Red Sox Picks and Predictions: BoSox and Blue Jays Both Like to Bash
Andrew Caley | Jul 26, 2021