An opportunity to fade Cleveland's Zach Plesac is almost always a great one, especially against a hard-hitting lineup like Chicago's. We break it all down in our Guardians vs. White Sox picks and predictions below.

The Cleveland Guardians are hitting the road and heading to Chicago, where they'll take on the White Sox to kick off a three-game series.

The Guardians arrive today at .500 with some momentum after taking three of four from the Toronto Blue Jays. The White Sox are even hotter, having won six straight including a series sweep of the Boston Red Sox.

Who will take the first game of the series? Find out in our MLB picks and predictions for Guardians vs. White Sox Monday, May 9th.

Opening odds for today’s matchup were released this morning. The White Sox opened up as -180 favorites, with the Guardians returning at +150. Since then, St Louis has taken some money, and San Francisco is down to -175 in some spots.

The total opened up at 7.5 and has stayed the same.

A) Jose Abreu and Jose Ramirez each Over 1.5 total bases BOOSTED to +410 at Caesars! Claim Now

B) White Sox, Dodgers, and Angels all to win BOOSTED to +333 at Betway! Claim Now

Zach Plesac (1-3, 4.44 ERA): Plesac finally caught a groove in his last start when he went just over five innings without giving up an earned run against the Royals. Before then, teams were hitting him hard to begin the year. The righty had given up at least one home run in every start but one and seven hits in three straight starts. He just hasn’t been very good to begin the season. His hard-hit rate, along with his barrel rate, has steadily risen throughout his career and reached career highs so far this season. Maybe you’d expect some improvements, but his expected ERA remains an entire run higher than his actual one.

Michael Kopech (0-0, 1.70 ERA): Kopech has been stellar to start the season. Through 19 innings of baseball, he’s given up just four runs, including no home runs. He’s had some favorable matchups and benefited from them and has also had a fair amount of luck. In the past, he’s had a history of command issues, and those have remained (illustrated by a walk percentage ranking amongst the worst in baseball); they have just yet to hurt him. Additionally, he has an expected ERA relatively higher than his actual one. You must wonder when a little negative regression comes, but you also must understand the unknown. With a pretty significant injury history, we have yet to find out how good Kopech is. Maybe we’re seeing it now.

Guardians: No key injures to report.
White Sox: Andrew Vaughn LF (Out), Yoan Moncada 3B (Out), Eloy Jimenez LF (Out), Yermin Mercedes 1B (Out).
Find our latest MLB injury reports.

The Guardians are 4-1 in the last five meetings between these two teams. Find more MLB betting trends for Guardians vs. White Sox

Today is a good day. It’s fade Zach Plesac day. Plesac has been one of my favorite pitching fades over the last few years, particularly in a spot with power hitters, something you're getting in today's matchup with Chicago.

While it doesn’t always result in a win, the numbers are in your favor. Most Plesac blow-up games have come against opponents in the Top 10 of barrel rate. The Chicago White Sox ranks fifth in all of baseball there so far. If you followed the system of fading Plesac against the teams last season, you had a good time.

Looking at my projections, you’ll understand why I don’t view this one as too complicated. A price of White Sox moneyline can be found as low as -175, and my projections have Chicago winning this game nearly 70% of the time. That suggests any lower price than around -240 or so is value. That's a significant edge.

The White Sox have been blowing the cover off the ball so far. The runs come and go, but they’ve been making great contact. That’s what matters the most when projecting how they’ll do today. They rank third in hard-hit rate, fourth in exit velocity, and fifth in barrel rate.

When you look at their lineup history, they have multiple guys who have had historical success against Plesac in Adam Engel, and Luis Roberto, among others. Even better? They have tons of momentum rolling into today, having won six straight and coming off a sweep of a talented Red Sox team. Everything points to Chicago lighting up Plesac today.

I would rarely suggest laying heavy juice numbers like the one we have today in a baseball game. But even at its current number, I still see the value.

Not too complicated of a handicap here. I’ll be taking the Over and may look to bet it live if we can get a scoreless first frame.

I won’t spend too much time talking much more about how I expect the White Sox to attack Plesac. I think I’ve done that enough. Instead, let's look at the Guardians. They’ve seen their bats come alive in a big way. Especially over the last few weeks and especially compared to where they were last season.

Most importantly, as it relates to this matchup, Cleveland doesn’t strike out a ton. They have the sixth-fewest Ks in the league so far this season, and their patience at the plate will pay off today. Kopech's command issues are something Cleveland can take advantage of. When they do that, they knock in a few runs, and I don’t expect them to need to contribute much to get this one Over.

I’m taking the Over here and doing so confidently. Both of these pitchers are due for regression (one more major than the other), and both are facing opponents that match up well.

How many more ways can we fade Plesac today? How about this one:

Since I'm expecting the White Sox to hit Plesac early and often, I'll pair this with the first five spread. At the attractive price of +177, it’s one of my favorite plays on the board today. 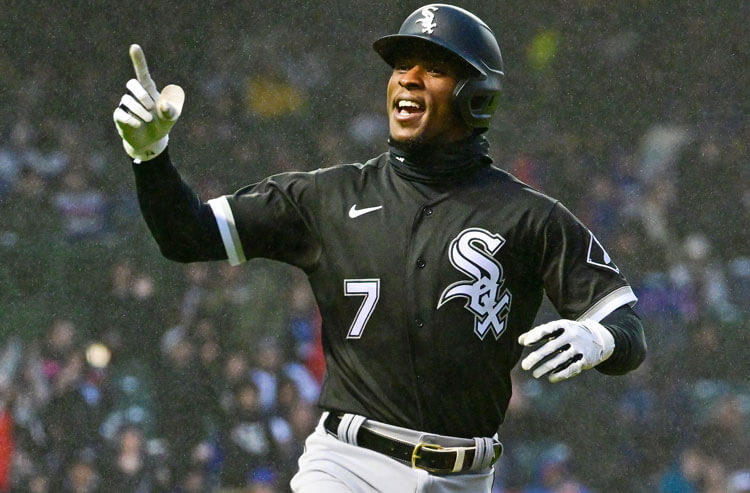