Dodgers vs Cubs Picks and Predictions: Buehler Leads L.A. To Sweep on SNB

The first two games of this series could not have gone any better for the Dodgers. Will they be able to complete the sweep of the Cubs in front of a national audience? Read our MLB betting picks and predictions to find out. 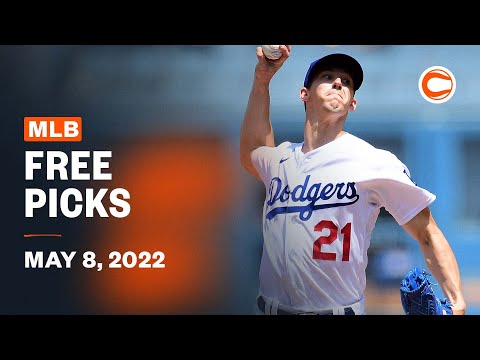 The Los Angeles Dodgers look for the sweep in Wrigley as they'll send ace Walker Beuhler to the mound to battle with Chicago Cubs' pitcher Marcus Stroman. Clayton Kershaw started Game 1, which L.A. took 7-0, and Tyler Anderson pitched his way to a 6-2 victory in Game 2. Will the road side pull off the sweep?

Find out in our free MLB betting picks and predictions for Dodgers vs. Cubs on Sunday. May 8.

The Cubs opened as +172 underdogs, but the line has narrowed across most books. As of this writing, the Cubs range from +150 to +180 depending on the book. The total opened at 7 and hasn’t experienced any line movement.

Walker Beuhler (3-1, 2.12 ERA): The Dodgers’ ace has kicked off yet another fantastic campaign with dominating performances across his first five starts to the season, accumulating a 26:7 strikeout-to-walk ratio. His last two starts have seen him combine for 14 scoreless innings and 15 strikeouts to only one walk. He’s one of the best pitchers in the game.

Marcus Stroman (1-3, 5.13 ERA): Stroman has been hit or miss in 2022. He had a successful first start to the season before being shelled for 12 earned across 8 1-3 total innings in his second and third start. He’s gotten right back on track with two solid starts since those blow-ups, allowing only twp earned over his last 13 innings. Last time out he dominated the Milwaukee Brewers, tossing seven innings of two-hit ball.

The Dodgers are 5-0 in the last five meetings between these two clubs. Find more MLB betting trends for Dodgers vs. Cubs

Dodgers vs Cubs picks and predictions

The Dodgers have the highest-scoring offense in the league, averaging 5.16 runs per game. They rank within the Top 10 in OPS (ninth at .714) and rank eighth in WRC+. The bats have been hot lately, too, as they’ve scored 22 runs over the last three games.

The Cubs have struggled to generate much offense. The lineup ranks 18th in runs per game (4.08) and 17th in OPS (.685). They’ve been running cold as well, scoring just eight total runs in the last five games.

Walker Buehler is one of the best pitchers in MLB. He picked up right where he left off a year ago after accumulating a 16-4 record and 2.47 ERA across 207 2-3 innings. The one concerning part of his profile is that he’s striking out batters less frequently this season — his 7.89 K:9 ratio is well below his career mark of 9.82.

Marcus Stroman has been hit-or-miss in 2022, so it’s difficult to predict how effective he’ll be on any given start. That being said, he does face a difficult Dodgers lineup in this one and there are some concerning parts of his underlying profile. Stroman has given up a solid amount of hard contact, ranking just 83rd among qualified starters with a 6.5% barrel rate. His ERA was in the low 3.00s in each of the last two seasons, but his initial profile is pointing toward regression.

The Dodgers have the better starting pitcher and the better lineup, and they’re playing much better baseball right now. We see no reason why the sweep shouldn’t be in full effect

Even though Buehler’s strikeouts are down to begin the season, everything else about his profile is still that of an elite pitcher. The strikeouts should start to come as Buehler continues to dominate the opposition.

The Cubs’ lineup has been ice cold, scoring just eight runs in their last five games. We see those struggles continuing against Buehler.

Stroman has been so hot and cold, but we expect him to get burned if he keeps allowing such hard contact. The Dodgers are the top-scoring lineup in all of baseball.

Let’s look at the bullpens. The Dodgers have been fantastic in relief with a microscopic 2.47 ERA. The Cubs have a slightly better-than-average bullpen ERA of 3.38. With no concerns in the pen and one fantastic starting pitcher on the mound, we’re inclined to take the Under.

The Dodgers have the advantage in basically every facet of the game, and they’ll be looking to complete the sweep in front of a nationally televised audience on Sunday Night Baseball.

Walker Beuhler is an ace in every sense of the word and has been at the top of his game recently. We see him picking up the win Sunday and are getting plus odds to do so. We don’t hate a play on the Dodgers run line (especially within the first five innings), but we’ll be backing Buehler to get a win at +135.

Pick: Walker Buehler to record a win (+135 at DraftKings)

Dodgers vs Cubs Picks and Predictions: Buehler Leads L.A. To Sweep on SNB
Provided by