The Battle for Los Angeles might have lost a little of its luster, when you consider the disappointing starts for both the Dodgers and the Angels.

With both L.A. teams slumping heading into the Freeway Series, is it worth backing the Dodgers as moderately priced MLB betting favorites in the opener of this three-game weekend set?

Check out our MLB free picks and predictions for Dodgers vs. Angels on Friday, May 7, with first pitch scheduled for 9:38 p.m. ET.

BetMGM Nevada opened the Dodgers at -160 and is down to -150 at 6 p.m. ET. "Ticket count is 2.5/1 Dodgers and money is 3/1 Dodgers. We need the Angels, but it's not much of a decision," BetMGM Nevada's Jeff Stoneback said, noting the larger liability is tied into parlays running to the Dodgers. The total moved from 8.5 to 8. "Ticket count is about equal, but money is about 3/1 on the Under," Stoneback said.

Julio Urias (4-0, 2.87 ERA): Urias is finding his groove, which is a good thing for a slumping Dodgers team. The lefty has pitched to a 1.89 ERA while limiting opponents to a .143 batting average, with 27 strikeouts in 19 innings over his last three starts.

Griffin Canning (2-2, 6.20 ERA): It has been an up-and-down start to the season for Canning. The right-hander has traded bad-and-good outings over his first four starts but is coming 5 1-3 innings of work against the Seattle Mariners in which he allowed no earned runs on three hits while striking out nine.

The Over is 5-0 in the Dodgers' last five games overall and 5-2 in the Angels' last seven. Find more MLB betting trends for Dodgers vs. Angels.

The Dodgers come into this game after getting swept by the Chicago Cubs, and are 4-13 in their last 17 games overall, which has dropped them to 17-15 for the season and into third place in the National League West, behind the San Francisco Giants and the San Diego Padres.

The Dodgers' biggest problem over this stretch has been a shaky bullpen, some questionable defense, and an offense that looks like it’s all or nothing.

The Angels, on the other hand, have had a fall from heaven, dropping five games in a row to sit in last place in the American League West at 13-16. The Angels pitching staff has been a problem all season, but now the runs are drying up as well, scoring just 10 runs during this five-game slide.

Both lineups have the talent to break out, but Urias is the key factor in this matchup. He is dealing right now and the Angels are hitting just .230 against left-handed pitchers over the last week (six games), which makes the price on the Dodgers a fair one.

The total, on the other hand, might be giving a little too much respect to the L.A. teams' respective slumps.

Led by Mike Trout and Shohei Ohtani, the Angels still rank second in average and fourth in OPS and home runs. While Urias has been strong, the Dodgers’ bullpen has been leaky lately and ranks 16th in opponent batting average and 26th in WHIP.

Mix in an inconsistent start to the year from Canning, and a Halos’ bullpen that ranks 25th in ERA, 25th in WHIP, and 27th in opponent batting average, and that should give the talented Dodgers lineup a chance to get back on track. Bet the Over in this one. 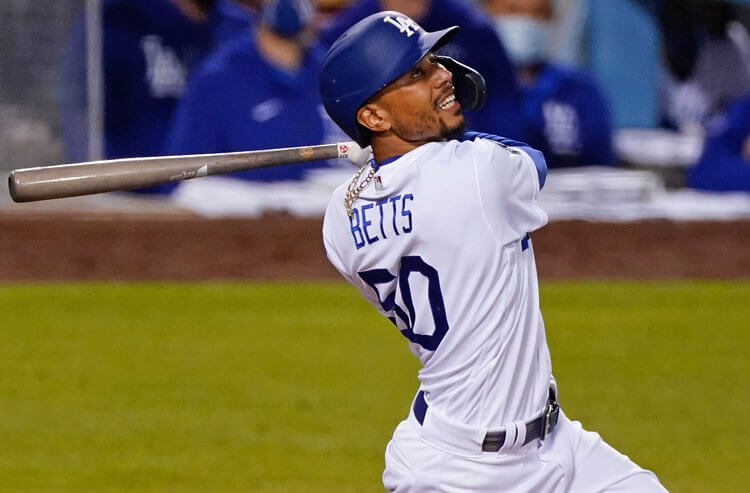 Dodgers vs Angels Picks: Idling Into the Freeway Series
Provided by