Cardinals vs Dodgers Picks and Predictions: Can Quintana Keep Dodgers at Bay?

The Dodgers and Cardinals are both tearing the ball apart lately, and have two pitchers on the mound with underlying trends to the Over. Can we expect more offense than the books think? Our MLB picks have the answers.

Who will grab a victory in Game 1?

Check out our MLB picks and predictions for Cardinals vs. Dodgers on Friday, September 23.

Cardinals vs Dodgers picks and predictions

St. Louis has mashed left-handed pitching this season, ranking first in the MLB with a .801 OPS against southpaws — 13 points better than the second-place Chicago White Sox (.788 OPS). They also rank first in wOBA and wRC+ against lefties.

Since there will be two southpaws on the mound Friday night, there’s not as much of an edge for the Dodgers as there would normally be in other matchups.

Andrew Heaney’s numbers do look great, but it’s over a small sample size, and his 3.33 xERA and 3.83 FIP don’t paint him as the same dominant pitcher that his ERA does. His massive 35.7% strikeout rate is likely unsustainable as it’s not in line with his career numbers, and that could happen as soon as Friday night given that St. Louis has the fourth-lowest strikeout rate (19.4%) against southpaws this season.

Jose Quintana has been effective this season after a down 2021. His 3.09 FIP is highly encouraging against a dangerous Dodgers lineup, albeit one that isn’t quite as lethal against lefties. His 4.2% barrel rate is an encouraging sign that he‘s able to limit hard contact, which is crucial when pitching against the likes of Mookie Betts, Freddie Freeman, and Trea Turner.

It’s Quintana’s home-road splits that concern me in this spot. He’s been electric at home (2.24 ERA) but below-average on the road (4.60 ERA), which is concerning against a Dodgers team that ranks first in wRC+ in the month of September.

The Cardinals aren’t far behind the Dodgers, ranking second in wRC+ this month. In a matchup between the two hottest lineups in the league, there’s reason to expect offensive success. Therefore, I’m targeting the Over as my best bet for Friday night.

The Over is 7-0 in the Dodgers’ last seven games against a team with a winning record and 5-0 over their last five home games. Heaney is due for some regression against the best lineup in the league vs. southpaws, while Quintana has struggled on the road and now faces arguably the MLB’s best lineup.

The Dodgers, meanwhile, are the best team in the MLB and are still the only ones to have reached 100 or more wins (104) on the season. They’re 71-22 over their last 93 home games overall and are 65-30 in their last 95 games against a team with a winning record.

The Cardinals are lefty killers and rank ahead of the Dodgers — who rank ninth in wOBA and fifth in wRC+ — in nearly every single metric against left-handed pitching.

Given the fact that St. Louis is the best team in the league at hitting southpaws, there is some value in the Cardinals' moneyline. It’s always difficult to have confidence betting against the Dodgers and their massive +326 run differential, but numbers don’t lie, and they point in St. Louis’ direction Friday night.

Heaney has thrived this season by getting punchouts at an abnormally high clip. He’s striking out an absurd 13.6 batters per nine innings. He rarely pitches deep into games, however, as he’s thrown completed six innings just twice in 13 starts.

Heaney’s 6.6% barrel rate is a large concern for me against a Cardinals team that destroys left-handed pitching. The Over has been a great bet in Dodger games when Heaney pitches, going 9-3 this season.

Quintana has been in excellent form, allowing two or fewer earned runs in each of his last 10 starts. His 4.60 ERA on the road is the biggest concern in this spot.

Cardinals vs Dodgers trend to know

The Over is 7-0 in the Dodgers’ last seven games against a team with a winning record. Find more MLB betting trends for Cardinals vs. Dodgers

Jose Quintana (5-6, 3.16 ERA): It’s been a wild ride over the last few seasons for Quintana. The veteran lefty has bounced around the league, pitching for five different teams in the last three seasons. He has a 2-1 record and 2.44 ERA across 48 innings pitched since joining St. Louis. Overall, he sits with a 3.93 xERA and a 3.09 FIP.

Andrew Heaney (3-2, 2.66 ERA): Heaney has found a groove in 2022. His numbers look fantastic, and the only issue has been keeping him healthy and on the field. 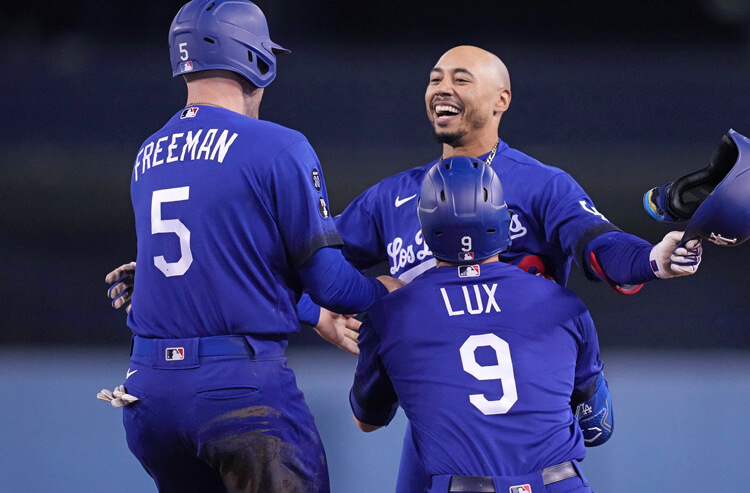 Cardinals vs Dodgers Picks and Predictions: Can Quintana Keep Dodgers at Bay?
Provided by