With Max Fried and Ranger Suarez on the bump — and both in superb form — this game is probably destined to be low-scoring. But which angle provides the best value? Find out the best bet for this pitcher's duel with our Braves vs. Phillies MLB picks.

We have the first matchup of this four-game NL East series with the Philadelphia Phillies hosting the Atlanta Braves. This contest is the 16th meeting between these two clubs this season, with the Braves winning nine of the first 15 matchups.

Will the Braves take care of business once again, or can the Phillies pull off a much-needed victory at home? Find out in our free MLB picks and predictions for Braves vs Phillies on Thursday, September 22.

Usually, I avoid NRFI wagers at all costs, but this game presents a rare situation where it should be a strong play. Left-hander Max Fried is taking the mound for Atlanta and should be an excellent candidate to back.

Through 28 starts this season, Fried is 13-6 with a 2.52 ERA and 1.02 WHIP. While he has been strong all season, he enters this game in particularly good form.

Over Fried’s last nine starts, he boasts a 2.25 ERA and 0.91 WHIP. Two of those outings were against Philadelphia, and the NRFI hit in each of those games.

On the other side, left-hander Ranger Suarez is taking the mound for Philadelphia. Like Fried, Suarez enters this matchup in good form.

Also, like Fried, Suarez’s metrics are outstanding and suggest that regression should not be an issue (.292 xwOBA, .233 xBA, and .346 xSLG). Through 92 career plate appearances against the left-hander, this current Braves roster possesses a mere .215 xBA, .365 xSLG, and .297 xwOBA.

We have had two Fried vs Suarez duals this season, and the NRFI hit each time. In this game, let’s go for the hat trick.

I would lean towards the Braves moneyline in this contest but am not confident enough to pull the trigger. As mentioned above, Suarez is taking the bump for Philadelphia and has been dealing lately.

Meanwhile, the Braves are throwing out the incredible Fried, who has been as dependable as you can get all year. Additionally, both of these teams have similar batting splits when facing left-handed pitching.

Philadelphia desperately needs this game as they are trying to hold onto the third seed in the NL Wild Card race. In front of their home fans, we will get their best effort with the season winding down and a playoff spot on the line.

Will that be enough to take down Fried and the Braves? Possibly, but I would not bet on it.

As you can probably guess by now, I would lean towards taking the Under in this game. Both pitchers are strong and enter this contest in great form.

So why not take the Under? I do not trust the Phillies’ bullpen at all.

Since August 1, Philadelphia’s relief pitching ranks just 30th in the league in ERA, 29th in WHIP, 29th in BA, 22nd in SLG, 29th in wOBA, and 21st in xFIP. Their bullpen is truly awful, and I want no part in taking an Under with those rankings.

You may be thinking that the F5 Under then could be a good play, and I would agree. However, both these lineups can explode at any time, and I would rather just follow the trends and root for those first six outs.

The NRFI has hit in both of the Fried vs Suarez matchups this season, and nine of Suarez’s last 12 starts overall. Find more MLB betting trends for Braves vs. Phillies

Max Fried (13-6, 2.52 ERA): Making his 29th start of the season for Atlanta, Fried will look to continue yet another spectacular season on the mound. Considering the form that he enters this game in, we should expect just that. Over his last nine starts, Fried is 3-3 with a 2.25 ERA and 0.91 WHIP. The NRFI has hit in every single one of those outings. Boasting a five-pitch arsenal, Fried does an excellent job in mixing his pitches as he does not throw a single one more than 33% of the time.

Ranger Suarez (9-5, 3.53 ERA): Similar to Fried, Suarez enters this game in great form. Over his last 12 starts, he’s 3-1 with a 2.78 ERA and 1.12 WHIP. The NRFI has hit in nine of those 12 games. Possessing a diverse six-pitch arsenal, Suarez has the advantage of keeping hitters honest with his unpredictability. 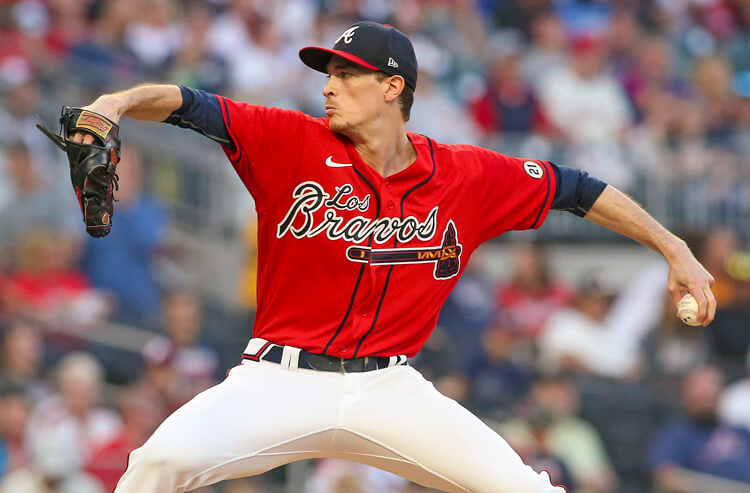