We are already approaching the quarter mark of the MLB season. The Phillies have gotten off to another disappointing start, while neither Trout nor Ohtani is currently the hottest hitter for the Angels. Read more in the latest edition of our MLB Notebook.

We have a jammed-packed edition of this week's MLB Notebook. We're talking about the Phillies' slow start, just how good Angels outfielder Taylor Ward has been at the plate, the Yankees hot streak, the reeling Reds, and more.

Let's go ahead and jump right in.

If you're signing up for a new sportsbook for MLB betting, here are two of the best bonuses* available:

MLB betting news for this weekend

What's up with the Phillies?

The Philadelphia Phillies started the season with high expectations. All the tools are there for them to be a World Series contender. But things haven't started great. It's still early, but Philly currently sit at 14-17, 6.5 games back first in a loaded NL East.

So what's gone wrong? Well, in short, mostly bad luck and not too much to worry about for the moment. Philly currently has a run differential of +10 which suggests that itsexpected record should be 17-14. A full six games different and one of the highest differentials of actual vs. expected record for any team in baseball. Again, this is a long-winded way to say the Phillies have been unlucky.

This time last year, the Phillies had a run differential of -4. While it may not seem like it from a record perspective, they are playing better baseball from a scoreboard perspective. To continue with that unlucky theme, the Phillies are the only team in baseball ranked in the Top 5 in hard-hit rate and exit velocity with a winning record. They are also the only team in the Top Ten in hard-hit rate, exit velocity, and barrel rate with a losing record.

If it feels like I'm repeating myself, that's because I am. But the Philadelphia Phillies have been very unlucky. They are currently at +2500 to win the World Series on FanDuel, but we want to focus on their divisional odds. They are presently +800 on FanDuel in that market. Ahead of them are the Atlanta Braves and the New York Mets. Both of those teams have an expected record worse than their actual record, and this fact suggests that they are both due for some negative regression.

I'll be jumping in on the Phillies to win the division sooner or later. You can also get the Phillies "YES to make the playoffs" at +150 on DraftKings. Philly is simply too good to be listed at plus money to make the expanded playoffs. It's time to dip in.

More people should be talking about Taylor Ward

Mike Trout and Shohei Ohtani are not the best hitters on their team. That distinction currently belongs to Taylor Ward, who is currently the best hitter in baseball. He leads the AL with a batting percentage of .366 and leads baseball in both OPS+.

It's a remarkable run that Ward has been on. A few weeks ago, Ward had one of the best statistical games of the season against Cleveland. He went 3-4, scoring four runs and batting in four runs from the lead-off spot.

Taylor Ward is having an extraordinary night in Anaheim, with two home runs against Cleveland ace Shane Bieber. Ward is only the third player with multiple home runs off Bieber in the same game -- and the first to do so in a 2-strike count on both occasions. @MLBNetwork @MLB

When you try to determine if this will trail off or not, you're finding little reason to think it would. Ward leads the majors in many predictive metrics. He's first in Adjusted OPS, seventh in xwOBA (Trout is first), first in xOBA, and second in slugging percentage (Trout is first). It's also worth mentioning that the AL West isn't exactly filled with dominant pitching. That's something that can only help Ward.

The Angels may have the most exciting team in baseball, with so many impressive bats for my money. However, MVP voters can be fickle. I thought last season if you looked at any metric available, Juan Soto deserved to be the NL MVP. We may get to that point with Ward.

If he can fight off being overshadowed by the other stars on his team, Ward may have the numbers to be considered for AL MVP. His price to win that award is currently +12,000 on FanDuel.

The Yankees could be contenders / Nestor Cortes is a star

This season, it could feel like everyone is playing for second to the mighty L.A. Dodgers. Then again, I'll never underestimate the power of Dave Roberts scuffing up things in the postseason. That's all just part of the magic of October baseball.

So far, early on, the Yankees and Angels have piqued my interest as World Series contenders. Typically when I'm talking about the Yankees from a future perspective. I'm usually talking about one or two things: How bad of a price they are or why people are betting on them in the world. This year feels different. The Yankees are good, and the hype doesn't feel media-made or fandom-made. There hasn't been enough buzz for maybe the first time in history.

Everyone knows about the bats like Aaron Judge, Anthony Rizzo, and Giancarlo Stanton. But it's pitching that has been the story for New York. Collectively, it's a unit that has the second-best xWOBA in baseball behind LA. In addition, they have the third-best ERA in baseball at 2.75 ERA, which is an insane difference from last season when they finished with a 4.87 ERA.

Nestor Cortez has been the star of this rotation so far. Reeling off his numbers is astonishing, and one stat just leaves you more impressed than the next is his expected ERA.

Cortez has the second-best expected ERA (among pitchers that have seen 100 or more BAs) behind Zach Gallen. He's done it with an exceptionally high K rate. Cortez is striking out over 33% of batters that he sees.

The question we have to ask ourselves: Is it sustainable? Well, I think it is. This isn't a guy who has just appeared out of thin air. He's building on last year, and his extended range peripherals suggest that he's only due for a slight regression, if any at all.

Currently, we have a few bets that we must look at with the Yankees. Nestor Cortez at +3,500 in the AL Cy Young odds feels like a good bet at this point. If the Yankees are going to be in the conversation, they will have a significant contender for a substantial award. I think it's Cortez.

Secondly, the World Series odds are always worth a look. But I cannot take anyone this early at +750, which is the best price I could find. If we can see +1,000 or better at some point, we'll talk. As always, I'll be looking at this number throughout the season.

New York's schedule is about to go through a tough stretch, and maybe the Yanks will drop a few in a row. That's the time to strike if you're a believer.

Yes, the Reds are historically bad

Hey, if you bet $1 on the Reds to win the World Series right now, and they won it, you would be $1,000 richer. I would highly suggest against that, though. The Cincinnati Reds are bad, and I mean really bad.

Yes, the Starting Pitching ERA of the Reds is 8.54 pic.twitter.com/ZXou08Irfk

Of course, the Reds will start winning games at a higher clip (we think), but if the season ended today, they would have the worst winning percentage in modern MLB history. We've come to the point where blindly fading the Reds can be profitable.

But the real play may be fading them when they are on the road. The Reds have covered just one run line on the road this season. We're starting to see the market give them more confidence because they are 5-1 in ATS in their last six games. With the schedule getting more challenging and road series coming up against Cleveland and Toronto, I'm staying put.

Fade the Reds, but especially bet against them when they're the away team.

Featured MLB games for this weekend

Check out the full MLB schedule, matchups, odds, and more! 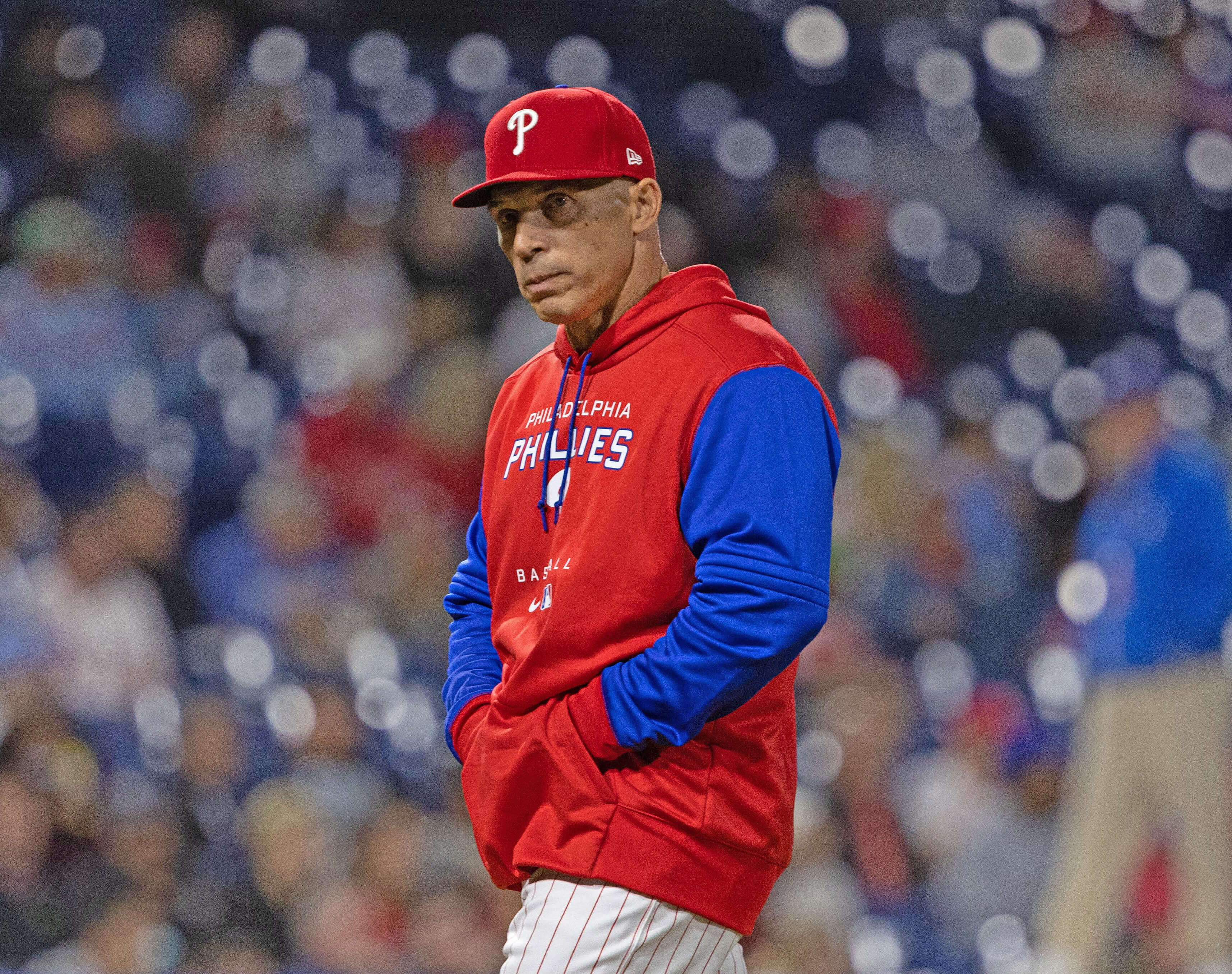 Mets vs Giants Picks and Predictions: Mets Showing No Signs of Dropoff
Shawn Wronka | May 24, 2022

Orioles vs Yankees Picks and Predictions: Baltimore Gets Bombed in the Bronx
Chris Hatfield | May 24, 2022

Blue Jays vs Cardinals Picks and Predictions: Goldschmidt Leads Redbirds to Victory
Robert Criscola | May 24, 2022
About Us
Contact Us
Careers
Our Team
Brand
Testimonials