Astros vs Angels Picks and Predictions: Valdez Has Success Against Halos' Superstars

Following a 7-1 loss at the hands of the Los Angeles Angels last night, we're backing the defending American League champs to bounce back with Framber Valdez starting on the bump for Houston. Find out more in our Astros vs. Angels betting picks.

The Los Angeles Angels (39-50) snapped their five-game losing streak on Wednesday night on the back of another otherworldly performance from Shohei Ohtani, and tied up their three-game set with the Houston Astros (57-30) heading into Thursday's matchup.

After yesterday's win, they are still 2-9 in their last 11, and winning their first series of the month will be one small step in turning their season around.

Can the Angels deliver the knockout punch or will last night just be a small bump in the Astros' extended stretch of quality play?

Find out in our free MLB picks and predictions for Astros vs. Angels on Thursday, July 14.

The Astros opened as favorites in the -150 range and have since moved as high as -175 at some books. The total began at 8.0 and the current line is still at that number, with most books showing heavier juice on the Over.

Reid Detmers (2-3, 4.22 ERA): Detmers was highly-touted as recently as last year when he ranked as the 23rd overall prospect according to MLB.com. Results have been very hit or miss with Detmers in 2022, with four starts where he allowed no earned runs, but as many games in which he has allowed four or more. Detmers is coming off of a six-inning, two-hit performance in which he allowed no earned runs and struck out seven.

The Angels have gone 17-8-3 towards the Under in their last 28 games. Find more MLB betting trends for Astros vs. Angels

Astros vs Angels picks and predictions

In 2019, things took a turn for the worst for Framber Valdez, as he pitched to a 5.86 ERA and 1.67 WHIP in his first full season in the big leagues. Prior optimism had all but vanished and most had written off the left-hander.

Since that rocky campaign, Valdez has progressively turned things around in a big way. In 2020 he made a massive jump (3.57 ERA, 1.12 WHIP), but there was still skepticism given the small sample of the shortened season.

In 2021, Valdez was even better, pitching to a 3.14 ERA across his 22 starts. It doesn't end there, as Valdez has been one of MLB's best pitchers so far in 2022. He has a clean 2.64 ERA and he's been incredibly reliable, allowing three earned runs or more just four times across his 17 starts.

He's been on fire as of late too, and the Astros have gone 9-3 in his last 12 starts as a result. It's no surprise that given his efforts, Valdez was just named to his first All-Star game.

On Thursday he will take the mound against an Angels team he has kept mostly at bay throughout his career. In 145 combined plate appearances, the Halos have managed just a .236 batting average and a .366 slugging percentage.

Not many pitchers (if any) have performed as well as he has against the two MVPs. Opposite of him is Reid Detmers, who is for the most part the complete opposite of Valdez.

Detmers remains young and has been too inconsistent to back this season. It's safe to say he is out of his league for tonight's matchup against Houston's underrated southpaw.

Although the first two games of the series went Over the total, the Angels are still amidst a larger stretch in which they have cashed the Under (17-8-3 in their last 28 games). With Valdez's past dominance over Trout and Ohtani, it's difficult to theorize how the Angels will create meaningful offensive production to help eclipse this total of 8.0 tonight.

Although the Angels did a convincing job tying up the series last night with their 7-1 win, the structure of tonight's matchup does not play in their favor.

First off, the dropoff from Ohtani (who managed 12 strikeouts last night) to Detmers, is massive. On top of that, Ohtani and Trout's struggles against Valdez make for the possibility of an ugly offensive night for Los Angeles.

If Detmers struggles early, he will have a bullpen that ranks in the bottom third of baseball and has already pitched nine innings in the first two games of the series already. Conversely, Valdez not only has had extensive success striking out this Angels' lineup (31.7% strikeout rate) but this same lineup also ranks worst in the league in K%.

Valdez also has the league's best bullpen behind him if the Angels somehow get him in trouble. Not to mention that despite last night's loss, the Astros are still 20-6 in the last month whereas the Angels are still 2-9 in their last 11 games. Ignore the MVP-type performance from Ohtani from last night and take advantage of the larger factors at play here. 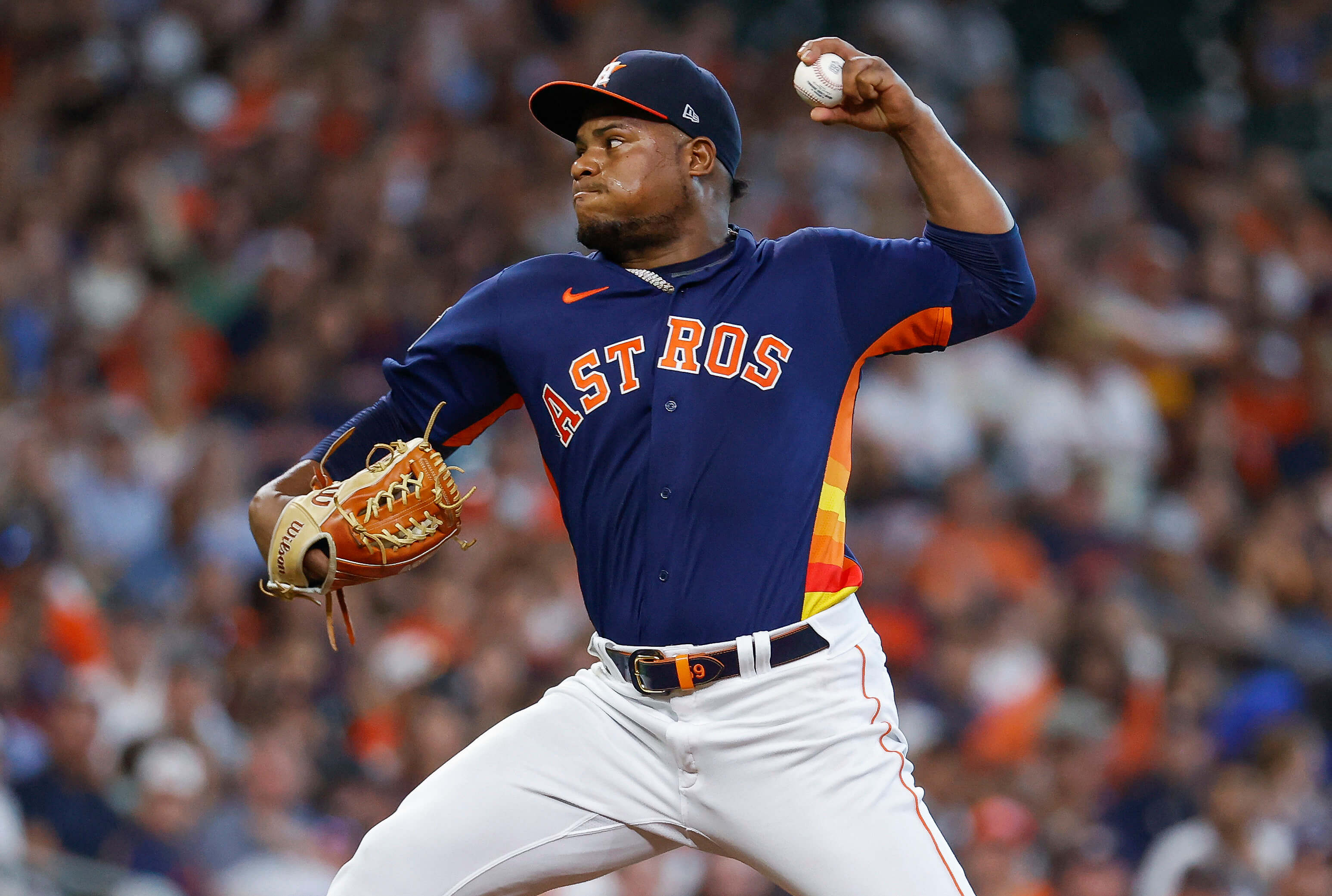 Astros vs Angels Picks and Predictions: Valdez Has Success Against Halos' Superstars
Provided by