‘Funny Games’: Why Is Single-Game Sports Betting Illegal In Canada In The First Place?

It took just 58 days for Canada to pass a bill that officially banned single-game sports betting. Efforts to undo that decision have taken years.

On Oct. 24, 1985, Canada’s Minister of State for Fitness and Amateur Sport, Otto Jelinek, moved for leave to introduce Bill C-81. On December 20 of that same year, it was announced the legislation had received Royal Assent, making it law.

In other words, it took just 58 days for a bill that officially made single-game sports betting illegal in Canada to be introduced and passed by the country’s Parliament.

Efforts to undo that decision have taken much longer, including more than a year for the latest ongoing attempt. If those efforts do not succeed this month, there’s a chance they could fail, just as others have.

That would cause serious disappointment for backers of Bill C-218, modern-day legislation that is aimed at ending Canada’s single-game betting ban and that is drawing nearer and nearer to the finish line in Parliament. Senators could resume debating the bill as early as this afternoon.

However, if Canada is about to enter a new era of sports betting, it’s at least worth remembering why and how the current one came about, particularly if there may still be debate and concerns around how single-game betting will be managed.

Moreover, there has been talk of amending C-218 in a way that echoes concerns from over three decades ago, and that could delay the bill’s passage if it actually happens, increasing the likelihood of the legislation being killed by an election.

So, why did Canada ban single-game bets?

The short version is: to ensure games were not manipulated.

“It is generally understood that single event sport betting was prohibited so as to avoid the possibility of match fixing,” states a summary of Bill C-13, a piece of government legislation introduced last November.

C-13 would also decriminalize single-game sports betting, but it stalled due to parliamentary procedure and was supplanted by C-218, a private member's bill sponsored by Conservative MP Kevin Waugh.

Lawyer Michel Gagnon testified to the match-fixing rationale on Dec. 12, 1985, noting to the Senate’s committee on legal and constitutional affairs that there were “very important restrictions” included in Bill C-81.

While Canada's laws around gambling make essentially everything illegal unless the Criminal Code says otherwise, there was argument in 1985 over whether the rules at the time allowed for sports betting.

Gagnon, who was representing the Interprovincial Lottery Corporation (the members of which are provincial lottery corporations), said the law allowed any province or any licensee of a province to organize any sports betting scheme they wanted. Bill C-81’s provisions clearly put an end to that.

“I saw in the transcript of last week that there was a suggestion that people might be authorized to bet on bullfights in Mexico,” Gagnon said, according to the Library of Parliament's records. “Now, that's a fight. The new bill will not allow any betting on any race or any fight; and, with respect to other sporting events, it could not be done on a single event. It could be done only on a series of events. The reason for that is that we do not want the players to get involved in funny games."

A means (partly) to an end

There is a longer answer for why there’s a single-game betting ban as well. Not only was it meant to prevent match-fixing, but it also formed part of an agreement struck between Canada’s federal government and the provinces over responsibility for gambling in the country.

A federal sports-betting pool and legal battles had been launched in the wake of a 1979 lottery agreement, and Jelinek, a former Olympic figure skater, said he began negotiations with the provinces in 1984 on another gambling deal. During the second-reading debate in the House of Commons, Jelinek explained Bill C-81 was the result of an agreement struck in June of 1985 between the feds and the provinces to resolve the latest spat.

Under the terms of that deal, the federal government would get $100 million from the provinces, which would help pay for the 1988 Winter Olympics in Calgary, and the provinces would get sole control over lotteries and certain gambling operations. The agreement also required the federal government to introduce Criminal Code amendments, including the single-game betting ban, and for those changes to come into force before the end of 1985.

Bill C-81 "transfers to the provinces the right to lotteries," which was the purpose of the 1979 agreement, Jelinek told the Senate's committee on legal and constitutional affairs on Nov. 26, 1985. Various lawsuits launched over the responsibility for lotteries had or were to be dropped.

"When I went to the provinces, hat in hand, requesting their participation in the Calgary Olympics to the tune of $100 million, I agreed to put to bed once and for all the 1979 agreement," Jelinek said. "I agreed to put into legislation the provincial rights set out in that agreement, and basically ... that is the purpose behind Bill C-81."

The single-game betting ban was part of this bill. Sports betting would still be allowed under a “lottery scheme” run by a province, but it could only be done in a parlay. Betting on horse racing remained under federal oversight, and will remain so even if Bill C-218 passes this month.

Still, the prospect of being able to wager on two or more games wound up prompting a bit of concern out of Ontario, Canada's most populous province.

"There isn't even an attempt to confine it to Canada, where we feel we have some control over sporting events," a representative of Ontario's Ministry of the Attorney General told the Senate committee on Dec. 4, 1985.

Despite those concerns, the Senate's legal and constitutional affairs committee wound up reporting C-81 back to the full chamber without any amendments, although it voiced some irritation about the hurry with which the legislation had moved through the elected House of Commons.

C-81, the Senate committee’s report said, had been considered by a House “committee of the whole” and at the third-reading stage in just one afternoon.

"Although we recommend no amendment to the Bill, we would urge the Department of Justice to monitor the operation of the changes very closely,” the appointed Senators wrote in their December 20 report. “In the future, if some of the negative consequences alleged to flow from the Bill should come to pass, we believe that the federal government should not hesitate to take initiatives to re-enter the area and bring them to a halt with appropriate amendments to the Criminal Code."

Bill C-81 received Royal Assent the same day. The rules around sports betting that were included in the legislation have stuck around ever since.

Recently, some of the same concerns about sports betting that were voiced in 1985 have popped up again during the latest reconsideration of the law. Namely, worries about “funny games” haven’t totally gone away, and may feature in the remaining debate on C-218.

“There are valid concerns that legalizing single-sport betting would contribute to match fixing by creating financial incentives for the manipulation of athletic contests,” wrote Paul Melia, president and chief executive officer of the Canadian Centre for Ethics in Sport (CCES), in a submission to the Senate’s banking, trade and commerce committee this month.

The world has changed since the internet-less days of 1985. And supporters of Bill C-218 have sought to ease match-fixing concerns, as they aim to tap into the billions in bets Canadians are already making with offshore and illegal sportsbooks.

For example, Randy Ambrosie, commissioner of the Canadian Football League, told the Senate banking committee that the league's constitution allows them to punish match-fixing with a lifelong suspension. Paul Burns, president and chief executive officer of the Canadian Gaming Association, said they believe there are already provisions in the Criminal Code that prohibit match-fixing.

The CCES is also supporting C-218, arguing a regulated framework for single-game betting "provides more benefit and safeguards" for athletes. Melia told the Senate committee in his letter that uncovering match-manipulation is difficult to begin with, and that doing so will require more sunlight.

“It can only be detected in an environment that is regulated and monitored by appropriate authorities vested with the task of maintaining integrity in sport,” the CEO wrote. “The detection of match fixing affecting Canadian sport cannot be achieved if gambling is taking place overseas on regulated or unregulated sites.”

The Senate banking committee reported C-218 back to the full chamber without amendment, but with some observations, including that it “strongly encourages” the federal government to sign on to a European anti-match-fixing treaty.

There is now an opportunity this week for the Senate to pass C-218, without amendment again, and send the legislation off to become law. Doing so would end Canada’s single-game betting ban.

If that happens, it could shake up Canada’s gambling industry. If it doesn’t, it will mean that a gambling peace treaty agreed to in 1985 by the provinces and the federal government is perhaps even stronger than they imagined at the time.

The latter path would also mean single-game sports betting would remain illegal in Canada, as it was initially intended to be by lawmakers.

"I think it is very important for Members to understand that this Bill does not promote the expansion of gambling, but rather sets some realistic and clear standards of what is permissible,” Minister Jelinek told the House of Commons in 1985.

Single-game betting still isn’t, at least not yet. 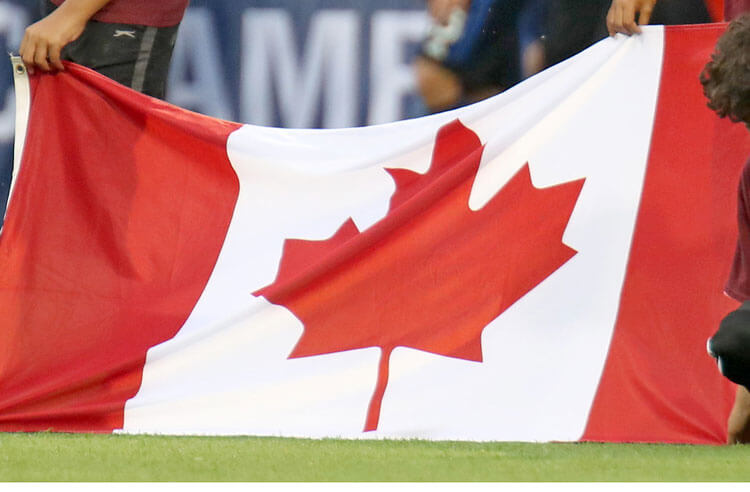 ‘Funny Games’: Why Is Single-Game Sports Betting Illegal In Canada In The First Place?
Provided by

New Jersey Sports Betting Cools In June, But Revenue Heats Up
Geoff Zochodne | Jul 16, 2021
About Us
Contact Us
Careers
Our Team
Our Community