A bill that would legalize single-game sports betting in Canada is nearing the legislative finish line. The proposed legislation may only have to pass one more vote before it can then receive Royal Assent and become law.

There's now just one major legislative hurdle left to clear for a bill that would legalize single-game sports betting in Canada — but only if the country’s chamber of “sober second thought” can avoid tinkering with the proposed legislation.

Bill C-218, the Safe and Regulated Sports Betting Act, was reviewed last week and passed without any changes by the Senate of Canada’s banking, trade and commerce committee.

The committee reported the private member’s bill back to the full Senate without amendments on Tuesday, which means the proposed legislation may only have to pass one more vote before it can then receive Royal Assent and become law.

According to an explainer of the Senate’s legislative process, if a committee reports a bill back to the appointed chamber without amendments it will be deemed adopted and then moved by its sponsor for its third and final reading at the next sitting (which C-218's sponsor in the Senate, Newfoundland and Labrador Sen. David Wells, did on Tuesday). The Senate's calendar currently includes both fixed and possible sitting days until June 25, after which the chamber is scheduled to adjourn until September.

Amendments can still be proposed by senators at the third reading stage, but if none are accepted and inserted into its text, and the bill is passed as currently written, it will not need to be sent back to the elected House of Commons. Bill C-218 could then be eligible to receive Royal Assent, become law, and come into force on a date set by Prime Minister Justin Trudeau and his cabinet.

The passage of C-218, which was sponsored in the House by Conservative MP Kevin Waugh, would mark a major shift for Canada’s sports-betting scene.

It is legal to bet on sports in Canada, but only in a parlay. The ban on single-game bets, put in place to curb attempts at match-fixing, has prompted many gamblers to take their business to both grey and black-market sportsbooks.

Bill C-218 would make it legal for Canada's provinces to offer single-event betting on everything except horse racing, wagering on which would remain under federal oversight. It would also put Canada in a position to generate tax revenue from the estimated billions in sports-wagering handle that's flowing through illegal operations.

The bill has picked up the support of some influential groups, such as the Canadian Gaming Association, Canadian Football League, and the Canadian Chamber of Commerce.

“As you will be aware, Canada has had legal sports wagering for decades and this bill does not represent an expansion of gambling,” said Perrin Beatty, president and chief executive officer of the chamber of commerce, in a submission to the Senate committee's chair. “The pandemic has had a severe impact on the sports and entertainment sectors, and having this product more widely available will be a tremendous benefit as companies build back their businesses. Additionally, enacting Bill C218 will keep economic activity in Canada for the benefit of government revenue bases, businesses, and local communities.”

Still a chance for changes

Not everyone, however, supports the bill as currently written. Sen. Vernon White, a former police chief, has suggested he could push for an amendment to C-218 that would create a new match-fixing offense in the Criminal Code.

The Mohawk Council of Kahnawà:ke (MCK), which owns online gaming site Sports Interaction, has also said it was “repulsed” by the Senate committee ignoring its request for changes to C-218.

“They have instead made the decision to rush Bill C-218, without amendment, back into the full Senate, a move that threatens Kahnawà:ke's ability to control its economic future and self-determination,” the council said in a recent press release.

Gina Deer, an MCK chief, told the banking committee that their community (which is located approximately 10 kilometres south of Montreal) "endorses the essence of C-218," but that in its present form it “fails to properly regard the rights and interests” of Indigenous people.

For the MCK, Deer said, these rights include conducting online and land-based gaming, which is something they’d like allowed for by Canada’s Criminal Code.

The MCK warned in a submission to the House of Commons justice and human rights committee that third parties have been reluctant to partner with them because of this lack of acknowledgment, and that they expect the hesitation to grow if the current version of C-218 passes.

The council said in its June 5 press release that it is calling on senators "to take the responsibility of abandoning government perpetuation of colonialism and advance reconciliation seriously" by backing their proposed amendments to C-218.

“In the coming days, we will be knocking on doors, seeking direct engagement," the release said. "We will not stand by and watch the 25 years of self-sufficiency and socioeconomic benefits we have built for our community be appropriated.”

Yet a Senate-amended version of C-218 would have to go back to the House of Commons, as both chambers of Canada’s bicameral Parliament must pass an identical version of a bill before it can become law.

Previous attempts at ending Canada's single-game betting have come up short. And given only weeks remain before Parliament adjourns for the summer, and that a federal election has become a growing possibility, any delay could wind up killing C-218.

Supporters of the bill have been pushing senators to pass it quickly, partly for fear of another failed effort to legalize single-game betting in Canada.

“This is not the first time that this legislation has been before Parliament,” the chamber of commerce’s Beatty said in their submission. “I would urge the Committee to expedite its study to enable passage and Royal Assent before Parliament’s Summer recess.” 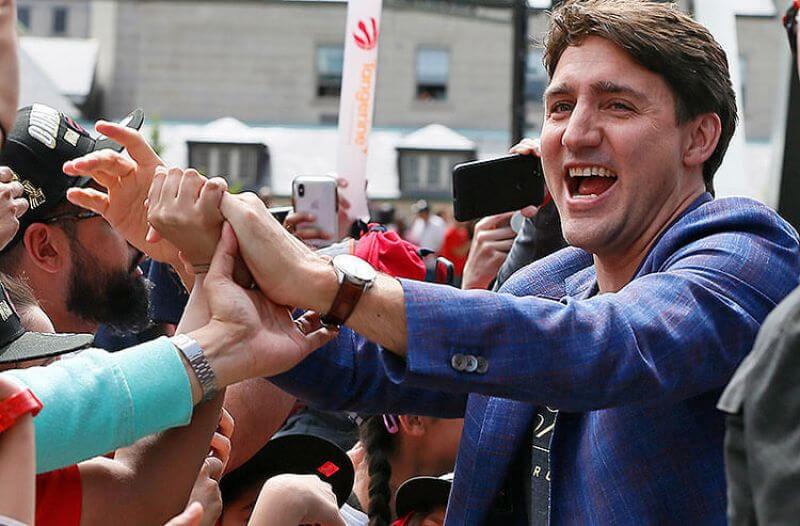