Even though their clientele is American, several U.S. sports betting sites say that there is a good deal of money on England to beat Team USA in Friday's World Cup match.

Pragmatism is trumping patriotism at some U.S. online sports betting sites ahead of Friday’s big World Cup match between England and the United States of America.

Early reports from some sportsbook operators suggest U.S. bettors are putting cash before country with their World Cup picks by placing sizable wagers on the favored English to defeat the U.S. men’s soccer team.

Caesars Sportsbook reported Friday morning that while 65% of tickets were on the U.S. to win the match — and at the time of the report, the U.S. were +575 underdogs — the team had drawn just 34% of the money wagered.

England, meanwhile, were responsible for just 20% of moneyline bets on the match. However, 56% of the game's handle was on the Three Lions to emerge victorious, suggesting some larger wagers were on the English side.

The remaining tickets and money were on a draw.

It was a similar story in the goalscorer markets.

“U.S. star Christian Pulisic has captured a match-most 24% of all tickets to be an anytime goal scorer, but England’s Raheem Sterling leads in dollars wagered (28%),” Caesars said.

The splits at other books varied, but England were still drawing considerable action from bettors. For example, WynnBET chimed in at midday on Friday to report that 64.3% of moneyline bets and 59% of handle was on England to win.

BetMGM reported early Friday that the U.S. had drawn 63% of tickets to win the match thus far, but 49% of the handle. England had taken 20% of bets and 39% of the money.

DraftKings said that 55% of bets and 40% of money was on the English to win, but 33% of tickets and 48% of handle was on the Americans to do the same.

That plenty of action would flow towards England, whose World Cup odds are far shorter than the ones bookmakers are offering for the U.S., is not surprising. England were priced as low as +650 to win the tournament as of Friday morning, while the U.S. were sitting at +10,000 or longer.

Nevertheless, it may be a bit surprising that there's not more money on the U.S. side against England. That's because the handle reports come as it is very likely that more Americans than ever are wagering on the World Cup, with American Gaming Association research forecasting that 20.5 million adults planned on betting $1.8 billion on the event.

“As the first World Cup with widespread availability of legal sports betting, this will certainly be the most bet-upon soccer event ever in the U.S.,” AGA Senior Vice President Casey Clark said in a press release. “With more than half of all American adults having access to legal betting options in their home market, legal sports betting will deepen American fan engagement in the most-watched sporting event in the world.” 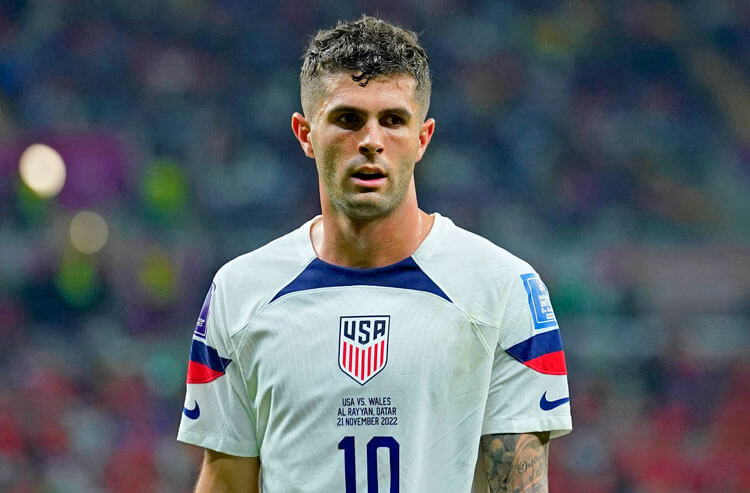