Is Ontario About to get Hit by a Wave of Advertising for Online Sportsbooks?

Ontario's competitive market for iGaming and online sports betting is now expected by the industry to launch in the first quarter of 2022, instead of December.

A side-effect of the spread of legal sports betting in the United States has been an advertising explosion.

Sportsbook operators aiming to attract customers have flooded airwaves and social media channels with their TV spots and sign-up offers. The downpour during football season even had regulators already envisioning a day they’d have to read the riot act to companies.

“If the industry does not control itself, the government will step in, and certainly create standards that they may not want,” warned David Rebuck, director of New Jersey’s Division of Gaming Enforcement, during a webinar in September.

Canada isn’t having the same issue — or at least not yet.

Granted, there is advertising by online gambling companies. For example, watch a CFL game and you’ll likely see an ad for free-to-play websites of sportsbook operators, such as BetRegal, the “Official Sport Gaming Partner” of the league. In Toronto, residents have even been treated to some billboard advertising.

But having legalized single-game sports betting just this past summer, Canada’s sports betting industry is growing slowly. Right now, the only sportsbooks that are authorized by Canadian regulators are those of provincial lottery and gaming corporations, which have taken a lower-key approach than the one operators have chosen in the U.S.

Moreover, only one province in Canada is publicly contemplating the kind of system that could allow for something similar to the U.S. ad boom: Ontario.

In Ontario, regulators have been working for months on a new internet gambling market, which would allow private-sector operators of online sportsbooks and casinos to take wagers from consumers in return for paying the province a cut of the revenue. While the market’s launch had been targeted for December, operators now see a start date of somewhere in the first quarter of 2022 as more likely.

With their work ongoing, the Alcohol and Gaming Commission of Ontario released an "Internet Gaming Go-Live Compliance Guide" earlier this month.

The guide outlines the AGCO's compliance approach and details how operators can satisfy the regulator's technological and risk-management criteria so they can participate in the future iGaming market.

But the document contains a few other notes, including that the AGCO will be closely watching to ensure participants aren’t conducting “unregulated market operations” in Ontario. Another hot-button item will be advertising and market activity, and ensuring minors aren’t exposed.

There were already standards that iGaming operators were going to have to follow when it comes to marketing and advertising in Ontario, such as not targeting underage or high-risk players.

Even so, the AGCO says it has not put exact limits on how much advertising is allowed or through which channels it could appear. That leaves open the possibility Ontario residents could see a surge in gambling-related advertising in the future — although the commission could crack down if things were to get out of hand.

“The AGCO has not established specific regulatory limits or restrictions on advertising and marketing around overall volume, types of channels, or timing,” the compliance guide says. “However, based on our monitoring of industry activity in the months ahead, we will consider additional measures if warranted.”

As Canada's most populous province, Ontario is being viewed by sportsbook operators as a significant opportunity. And if there's a surge in advertising for online casinos in Ontario and sportsbooks, the province might have to grapple with concerns about that increase, such as whether it will prompt a rise in problem gambling.

Those concerns are being raised elsewhere. The boom in betting ads in the U.S. is on the radar of regulators. And in the United Kingdom, which has a much more mature market for legal sports gambling, an overhaul of marketing rules is under consideration as part of a broader review.

Yet the ability to blast ads at Ontarians could prove helpful to sportsbook operators looking to introduce themselves to bettors. It could help as well with the Ontario government's hopes for the iGaming market, which include trying to lure bettors out of the "grey" market and into the province's regulated one.

Indeed, part of the reason why the Ontario government is pursuing a competitive iGaming market in the first place is that an estimated $700 million a year is being wagered by residents on "unregulated, grey market websites," a July press release said.

And, currently, there is only one legal online sportsbook in the province, Ontario Lottery and Gaming Corp.'s PROLINE+. Other online sportsbooks (and their massive marketing budgets) could legally launch in Ontario when the iGaming market is ready, including some of the biggest names in the business, such as DraftKings and FanDuel.

“A competitive, regulated online gaming market will provide a safer alternative to the unregulated, grey market websites that currently exist – and which may lack proper consumer protections or responsible gaming measures," Finance Minister Peter Bethlenfalvy said in the July release.

Regulators are still plugging away at the iGaming project, and the release of the guide is a reminder of the obligations operators will have to meet if they want to be allowed to do business in the province.

Just meeting all of the AGCO’s requirements won’t be enough either. Companies must agree to a commercial contract with an AGCO subsidiary, iGaming Ontario, which will be the entity that gives the final go-ahead.

Still, the U.S. experience could provide a hint of what’s to come. And there, the sportsbook ads have reportedly been hard to miss.

“Legalized sports betting has already been a booming new ad category for broadcasters with station groups developing new programming outside the games on betting lines and best picks,” noted a recent report from Kagan, the media research unit of S&P Global Market Intelligence.

At least one major media company in Canada has foreseen a potential windfall from sports betting and its related advertising.

The potential was highlighted in a March submission to a parliamentary committee by Rogers Communications Inc., the ultimate owner of the Toronto Blue Jays baseball team and the Sportsnet brand of TV and radio channels. The comments were in connection with Bill C-218, the legislation that was passed this past summer and that allows provinces to conduct and manage single-game sports wagering.

"Revenues from sports betting as a result of C-218, generated for Rogers through advertising or other experiences, will support jobs and further enhance entertainment options for all Canadians," the company predicted in its submission.

Too much advertising too soon could prompt pushback in Ontario.

Rebuck, director of New Jersey’s Division of Gaming Enforcement, warned in September about allowing marketing staff to operate “unchecked,” saying it could get operators in trouble. He also drew a comparison to the backlash that companies faced because of the “fantasy sports ad wars” of 2015.

In Ontario, the AGCO says it is “focused on establishing a regulatory framework that creates a safe, open and competitive online gaming and sport betting market so people can play with confidence,” the commission’s communications team told Covers. That approach is laid out in the compliance guide and the regulator's iGaming standards.

“The Registrar’s Standards for Internet Gaming make it clear that Ontario’s gaming market must be conducted with honesty and integrity,” they added. “The objective of a standards-based regulatory model is to shift the focus from requiring registrants to comply with a specific set of rules or processes, which tend to be prescriptive in nature, towards the broader regulatory outcomes or objectives they are expected to achieve.”

Any boom in gambling advertising that Ontario may see could die down after an initial rush by companies to acquire customers. In the U.S., industry executives have already begun raising questions about the sustainability of the ongoing grab for market share.

The AGCO also has a number of rules around advertising and marketing that iGaming operators must follow.

Those ad standards for iGaming, such as online sports betting, say operators are forbidden from directing their marketing efforts at "high-risk, underage or self-excluded persons."

Within the standards are more specific requirements, such as bans on billboard advertising next to schools. Marketing must not "mislead players or misrepresent products," including by trying to tie gambling to "enhanced attractiveness," among other things.

The marketing must be truthful as well, and any offer of bonuses or promo credits has to disclose the "material conditions and limitations" of the offer at first glance on a gambling website, the standards add. Promotions must be targeted, too, or restricted to the operator's website.

The restrictions around promos could put a damper on marketing efforts when Ontario's competitive iGaming market finally launches.

Nevertheless, as was noted by the AGCO in its compliance guide, the regulator reserves the right to take further action.

“The AGCO will continuously monitor the sector to ensure the regulatory outcomes are being achieved and, if needed, will adjust as required,” the commission’s comms team told Covers. 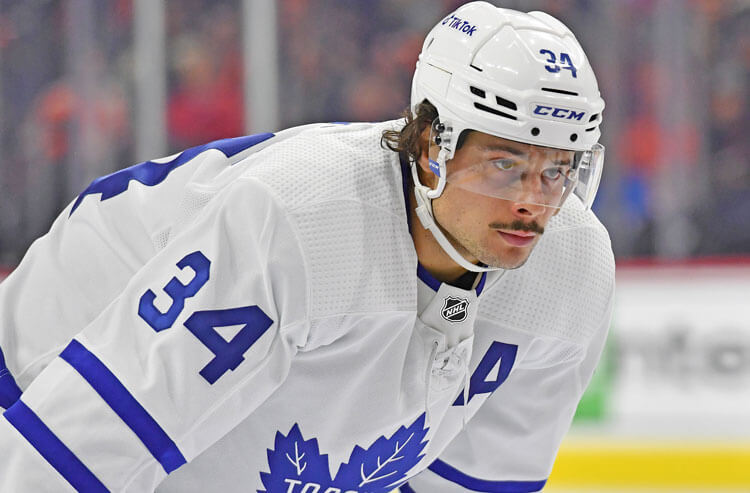 Is Ontario About to get Hit by a Wave of Advertising for Online Sportsbooks?
Provided by