The rough schedule for the iGaming market was that it would be up and running in December 2021, but recent comments and announcements cast doubt on that timeline.

There is talk in the gaming industry that Ontario’s competitive market for internet gambling — which is expected to host a number of online sports betting websites — might not launch until early next year, instead of in December as initially expected.

The Ontario government and gaming regulators have been working for many months on an “open and competitive” iGaming market that could allow private-sector operators of internet casinos and online sportsbooks to legally operate in Canada’s most populous province.

Currently, the only iGaming site authorized to do business in the province is that of government-owned Ontario Lottery and Gaming Corp., which also operates the only online sportsbook that is legal in the province, PROLINE+.

However, all of that is expected to change when Ontario’s competitive iGaming market launches. When it does, it could allow bettors to shop around at other books and gambling sites that are overseen by provincial authorities.

The rough schedule for the iGaming market was that it would be up and running in December 2021. That’s when “registered operators that have entered into an agreement with iGaming Ontario may start offering their products and services to people in Ontario's regulated market,” the website for the agency says.

December 2021 is also what the Alcohol and Gaming Commission of Ontario (AGCO) used for its roadmap for the launch of the iGaming market. And when the Ontario government announced the incorporation of iGaming Ontario, a subsidiary of the AGCO, it noted the “new iGaming marketplace is expected to be operational in December 2021.”

But there has been talk in the industry that casts doubt on the prospects of the province’s iGaming market actually launching in December.

'A little bit of pressure'

Australia’s PointsBet Holdings Ltd. is one company that is keen on entering the Canadian gaming market and that aims to be a major player in Ontario.

However, in announcing a partnership with Curling Canada on October 13, PointsBet also disclosed that it anticipates beginning operations in Ontario in the first quarter of 2022, pending regulatory approval.

The CEO of the corporate bookmaker, Sam Swanell, was then asked during a conference call for stock analysts and investors this week about the timing of an Ontario launch.

“In terms of Ontario, the regulator there was originally targeting a date of sort of early December,” Swanell said. “We believe that, from their perspective, that date might be under a little bit of pressure. So maybe the launch moves back to sort of a January."

Paul Burns, president and chief executive officer of the Canadian Gaming Association, said the province is looking at a “revised” opening date for the iGaming market.

“My guess is it could be sometime in February,” Burns said in an interview with Covers. “I just don't know when.”

Any delay in launching Ontario’s iGaming market could come as a disappointment to bettors and bookmakers who were hoping to wager and take wagers in that new gambling environment this year.

A delay would also postpone the provincial government’s plan to migrate players from “grey" market websites to ones regulated by, and generating revenue for, Ontario. According to the government, Ontarians are spending around $1 billion a year on online gambling, and a majority of that is estimated to be going to grey-market sites.

But Ontario’s market will also be the first and only one of its kind in Canada, which only legalized single-game sports betting this past summer. And although Ontario first announced its plans to create a new iGaming market in its 2019 budget, there is work left to do.

Burns said some details still need to be finalized, including around the commercial contract that operators will need to sign with iGaming Ontario. Furthermore, the roadmap for the iGaming market's launch said its related information technology systems were to be built, configured, and tested by the fall.

Yet Ontario has “done a lot” over the past year, Burns said. A later launch could allow for more preparation time, ensure operators comply with all the rules, and, ultimately, enable a smoother debut.

“I think it's just a few more weeks gives them more comfort to make sure that they get it right and get … those who want to enter the market when it opens get ready,” Burns said.

A 2022 launch of the province’s iGaming market may not come as a total shock or inconvenience to operators either.

Toronto-based esports and sports betting company Rivalry Corp. said Thursday that it had applied to the AGCO to become a registered iGaming operator in the province.

Rivalry expects the successful completion of the regulatory process could result in the company starting sports betting and iGaming operations in Ontario “within the first half of 2022,” a press release said.

“We applaud the government of Ontario for its leadership in developing a robust licensing regime for iGaming," added Steven Salz, co-founder and CEO of Rivalry, in the release. "Ontario’s iGaming framework has the potential to set an international precedent for how to successfully launch an open licensing model in North America, protect consumers through prudent responsible gambling practices, and attract and create thousands of highly paid tech jobs in Ontario."

And at least one sportsbook operator allowed for a later start as early as this summer: Penn National Gaming Inc.

The U.S.-based company now owns both Barstool Sportsbook and the Toronto-based theScore, the previous owners of which were very bullish about Ontario's potential.

“We think Ontario is going to be ready to go live in sort of December, January, February timeframe,” Penn National CEO Jay Snowden said in August. “So there's going to be clearly significant investments in Ontario for theScore as they get ready to launch.”

Covers asked both the provincial government and AGCO if Ontario was still planning to launch its competitive iGaming market in December. That specific question was not answered by the government; and as of publication, the AGCO had yet to respond at all.

"We are determined that Ontario be a world leader in building a safe online gaming environment that meets consumer expectations," said Natasha Krstajic, press secretary and parliamentary advisor for Ontario Attorney General Doug Downey, in an email. "Attorney General Downey has been clear that Ontario is moving expeditiously on this front while ensuring a robust regulatory framework is in place that is both responsive to consumer choice and protects consumers."

Other provinces are likely watching. That's because Ontario is blazing a trail in Canada when it comes to online gambling, and partly for legal reasons.

For one thing, the province's iGaming model involves the AGCO acting as the market's regulator, but its subsidiary, iGaming Ontario, as being "responsible for conducting and managing igaming when provided through private operators," the AGCO website notes.

There is a difference between those two roles, such as iGaming Ontario's responsibility to "implement and oversee reconciliation of igaming revenues on behalf of the province."

Lawyers for global law firm DLA Piper published an article in August that highlighted the kind of legal considerations Ontario is facing with its new iGaming market. These include navigating Canada’s Criminal Code, which lays out the forms of gambling that are legal in the country.

“Online operators that take up the opportunity represented by iGaming Ontario will have some risk if Ontario’s interpretation of the Code is incorrect,” the lawyers wrote. “But based on the general reluctance of the Federal authorities to step in on well-regulated activities, online iGaming operators are cautiously optimistic that, as iGaming Ontario and the government of Ontario roll out their proposed regulatory scheme, they will not only be able to offer legal single sports betting online in Ontario, but other regulated iGaming activities as well.”

There are indeed high hopes for Ontario's iGaming market in the industry, and operators are already jockeying for position in the province.

PointsBet, for example, has its new partnership with Curling Canada, which will get the company plenty of time on television in the country. Whenever Ontario's iGaming market opens, the bookmaker wants to be ready to roll.

"Our aim is to be there on the starting line," Swanell said this week. 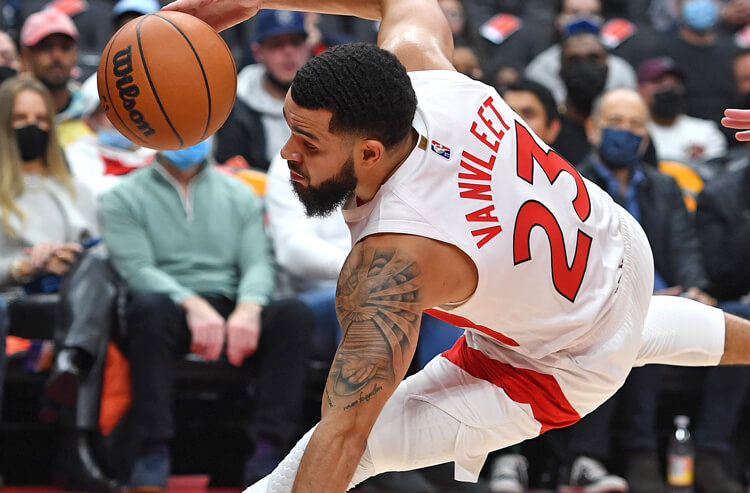