Although Michigan’s overall handle did tick up in August, it wasn’t to the extent reported so far by some legal sports betting states, such as New Jersey and Iowa.

Michigan sports bettors were in no rush to really rev up their wagering again in August.

The Michigan Gaming Control Board reported recently that the state’s online and retail sports-wagering handle last month inched up to around $208.6 million, or about 1.1 percent higher compared to the approximately $206.3 million that was bet in July.

The handle among online sportsbooks was $192.3 million in Michigan in August, while retail operators reported approximately $16.3 million in action. Internet wagering for July had been nearly $188 million, and retail handle was about $18.3 million.

Gross revenue from sports betting in the state was $17.5 million last month, or a hold of 8.4 percent. In July, gross sports betting revenue among operators amounted to approximately $20.8 million and their win percentage was around 10.1 percent.

Michigan's top online sportsbook in terms of handle in August was that of DraftKings Inc., with about $61.4 million in wagering. The leading retail book was the Barstool Sportsbook at Detroit's Greektown Casino, which booked nearly $8.8 million in bets.

Yet Michigan's August was a bit of an outlier. Although the state's overall handle did tick up, it wasn’t to the extent of other legal sports betting states that have reported so far, such as New Jersey and Iowa.

Still, Michigan's September haul is likely to benefit from the return of regular-season football, one of the busiest times of the year for legal sportsbooks.

Internet gaming operators in the state reported $97.2 million in gross revenue for the month, the Michigan Gaming Control Board said, “producing the highest monthly total since the January launch by surpassing March's $95.1 million total.”

The iGaming aspect of Michigan’s gambling market may continue to give operators in the state a boost as well.

“Sports betting is compelling at scale,” MGM Resorts International CEO Bill Hornbuckle told a JPMorgan Chase & Co. forum earlier this week. “It's brand-driven. You all see what we're doing out there, we're competing like hell to get (market) share. And that's all fine and good, but where the money ultimately will be — not ultimately, where the money even is today, with only five iGaming states —  is in iGaming.” 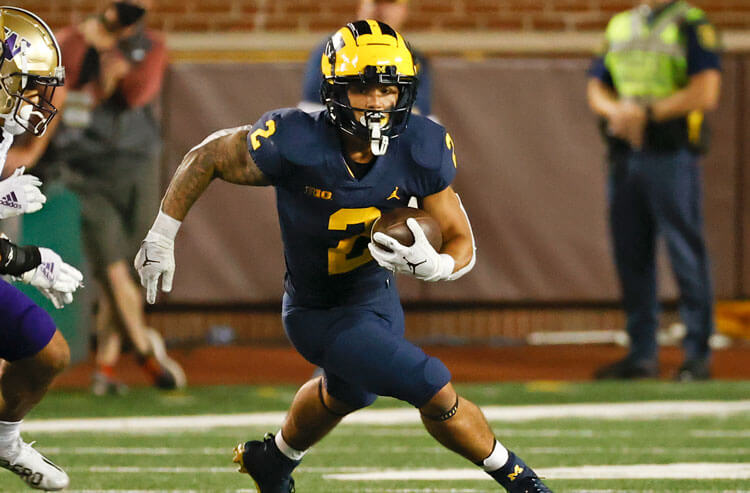