Numbers recently reported by the Illinois Gaming Board show the state’s retail and online sportsbooks took $516.4 million in wagers during July, down 17.8% from June.

The summer slowdown did not miss sports betting in Illinois, even if revealing that fact takes the Land of Lincoln a little longer than most other states.

Numbers recently reported by the Illinois Gaming Board show the state’s retail and online sportsbooks took $516.4 million in wagers during July, down 17.8% from June and the lowest monthly handle since August of 2021.

Illinois bookmakers still managed to generate $46.1 million in revenue from July’s handle, which works out to a hold of 8.9%. The adjusted receipts surpassed June’s haul of $40.9 million and that month’s win rate of 6.5%.

Statewide taxes owing as a result of July’s action amounted to $6.9 million, with another $481,000 or so due to Cook County, home of Chicago.

Among operators, FanDuel was the leader in terms of handle in Illinois in July, taking $169.6 million in bets online and at its retail sportsbook at the Fairmount Park racetrack. Second among sportsbooks was DraftKings, with a total handle of $155.9 million, followed by BetRivers, which accepted $61.6 million in wagers.

Illinois lags other states in reporting its monthly numbers for legal sports betting, but July’s figures more or less line up with what peers have said: there just wasn’t a ton of wagering going on this summer. No NFL or college football, coupled with the end of the NBA and NHL playoffs, left bettors with MLB baseball and a few other, more niche sports on which to bet.

However, Illinois sportsbooks will likely get a lift from the NFL preseason games and the few college football matchups that were held in August. And, when the state gets around to reporting September figures, the handle for bookmakers will likely rise much more significantly.

What’s more, Illinois once required bettors to sign up in person at a casino for an online sports betting account. This year will be the first full NFL season with that requirement dead and buried, which will make it easier for bookmakers to acquire customers and for bettors to register for new accounts.

The effects of the end of in-person registration are already turning up in the monthly numbers for Illinois as well. While this July’s handle may have been down compared to June, it was up more than 40% compared to July 2021, when the handle was $369 million. 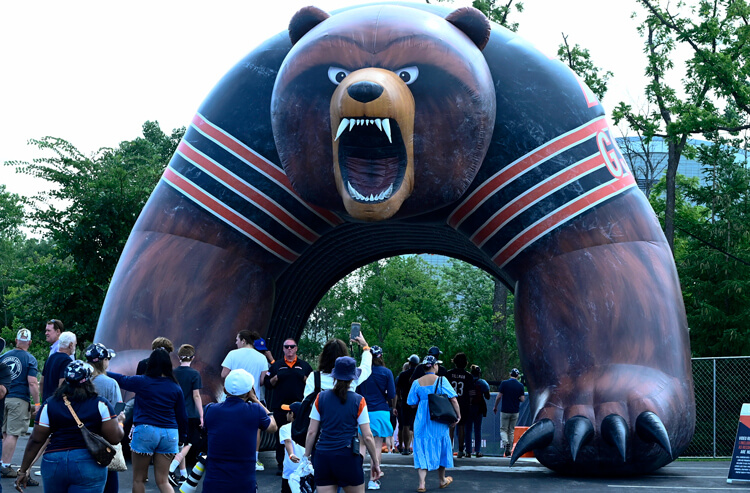