The new study comes as Florida's current model of sports betting is being fought over in federal court, a battle that may continue for some time.

With sports betting in Florida currently stuck in a legal quagmire, the backers of a ballot measure that could allow wagering more broadly in the Sunshine State are touting a study showing considerable economic benefits to their proposal.

Florida Education Champions aims to amend the state constitution to allow sports betting at arenas, stadiums, and pari-mutuel facilities (such as poker rooms and racetracks), as well as through online sportsbooks run by multistate operators and the Hard Rock-owning Seminole Tribe.

“WEG estimates that the passage of this amendment would result in substantial positive economic benefits to Florida taxpayers,” says the recently released study. “These benefits come primarily from three sources: the annual impacts of estimated Gross Gaming Revenue (GGR) in Florida once the market reaches maturity, the impacts of a portion of the current illegal betting market moving to the legal market, and the estimated increase in pari-mutuel employment, operating expenses, and license fees.”

The future the study predicts is by no means a certainty, as it hinges on the passage of the amendment and is based in part on the experiences of other states that have legalized sports betting. The report also estimates the legal sports betting market in Florida could reach a New Jersey-like level of maturity within three years of the ballot measure being approved.

But if Florida were to pass the measure, 31,181 jobs could be supported, $1.24 billion in household income generated, and more than $2.07 billion in gross domestic product created annually for the state due to the direct, indirect, and "induced" economic effects, the study estimates. There could also be the potential for $350 million in state and local taxes to be collected each year, the study forecasts.

“The passage of the sports betting amendment would generate economic impacts that extend beyond those directly related to increased gross gaming revenue and State tax payments,” the study says. “These ‘spillover’ or multiplier impacts are primarily the result of the impact of local industries buying goods and services from other local industries (known as an indirect effect), as well as increased labor income and the propensity of households to spend income on goods produced within the State and local areas (known as an induced effect).”

What the passage of the amendment would also do is deviate from a sports-betting model that was authorized by Florida lawmakers earlier this year and that is now ensnared in a legal battle.

On Monday, a federal judge overturned the Department of the Interior’s approval of a gaming compact between Florida and the Seminole Tribe that handed the latter a monopoly over sports betting in the state, among other things.

The Seminole are appealing the decision and had sought a stay of the judge’s order, which was rejected late Wednesday, according to the Miami Herald. The tribe has reportedly continued to take online wagers in Florida via their Hard Rock Sportsbook app that launched in the state at the start of November. Retail sports betting has yet to begin at the Seminole's Florida casinos.

The 30-year gaming compact also requires the tribe to make payments to the state, including at least $2.5 billion over five years.

While Judge Dabney Friedrich set aside federal approval of the Seminole-controlled sports betting model, she did say there were other ways to authorize online wagering, including the one being pursued by DraftKings and FanDuel.

“The State and the Tribe may agree to a new compact, with the [interior secretary's] approval, that allows online gaming solely on Indian lands,” Friedrich wrote in the November 22 opinion. “Alternatively, Florida citizens may authorize such betting across their State through a citizens’ initiative.”

Taking it to the people

Florida’s constitution can indeed be amended with a ballot initiative, which is what Florida Education Champions and its sportsbook supporters want to do.

More specifically, the proposed constitutional amendment would authorize online sports betting by both the Seminole and by "entities and organizations" that have been permitted to do so in at least 10 states for at least one year. Those entities could start taking wagers no later than eight months after the amendment comes into effect, with others potentially allowed to do so 20 months after its effective date.

Sportsbooks could use a brand of their choosing and wouldn't need a "market access partner," the text of the proposed amendment says. Players would be allowed to create accounts online, without having to travel to a casino or other facility, as has been required in some states.

The initiative would require the Florida legislature to adopt legislation implementing the amendment and says the state tax revenue raised should go to the Department of Education’s Educational Enhancement Trust Fund.

The proposed constitutional amendment needs 891,589 signatures from across the state by February to make it onto the 2022 election ballot. It had an unofficial total of 122,796 valid signatures as of Thursday morning, according to the Division of Elections website. If and when it makes it onto the ballot, it must be approved by at least 60 percent of votes to pass.

Campaign-finance records show DraftKings had contributed approximately $22.7 million to Florida Education Champions as of the end of October, and FanDuel another $10.1 million. Those records also show the political committee had spent $16.2 million by October’s end, including $14,000 paid to WEG in July for research.

DraftKings and FanDuel are also part of a group of online sportsbook operators backing a similar effort in California.

“In Florida, we continue to work with FanDuel and the Florida Education Champions to collect the signatures required to have a mobile sports betting question on the ballot in November 2022,” DraftKings CEO Jason Robins said earlier this month. “We are excited for the potential prospect of Florida voters deciding to have a safe, legal, regulated, and competitive market for online sports betting in the state, with a market-leading and technologically advanced product offering.”

The Seminole, meanwhile, had pumped $10 million into another political committee, Standing Up for Florida, as of the end of October. The committee has been running ads warning about “out-of-state gambling companies” spending millions to try to turn Florida into another Las Vegas. 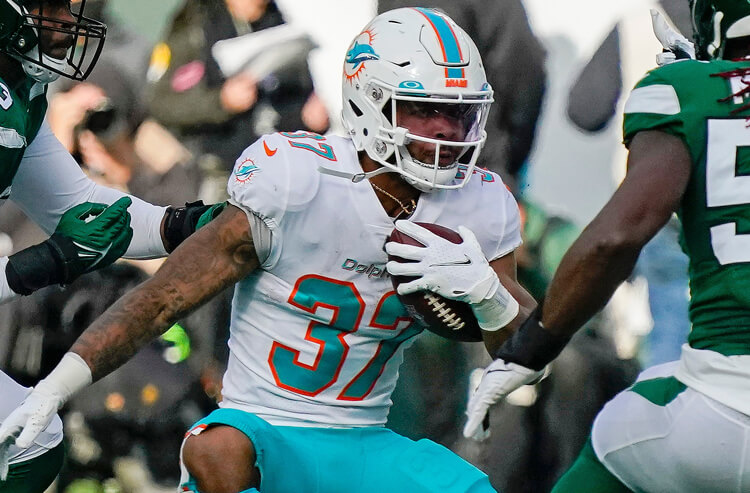