“When a federal statute authorizes an activity only at specific locations, parties may not evade that limitation by ‘deeming’ their activity to occur where it, as a factual matter, does not,” the judge wrote.

As Tom Brady was throwing the Tampa Bay Buccaneers to another victory on Monday night, a federal judge’s decision was throwing sports betting in Florida into limbo.

The November 22 ruling from Dabney Friedrich, a judge of the U.S. District Court for the District of Columbia, overturned federal approval of a gambling agreement between the state of Florida and the Seminole Tribe.

Gov. Ron DeSantis and the Seminole announced the new gaming compact in April, which granted the tribe the right to conduct (and almost entirely control) in-person and online sports betting in the state, among other things.

After a “deemed” approval of the compact by the U.S. Department of the Interior in August, the tribe began taking online wagers at the start of November in Florida via its Hard Rock Sportsbook mobile app.

But lawsuits were filed by opponents of the compact and its sports-betting provisions. One lawsuit was lodged in D.C. federal court shortly after the interior department’s approval by the owners of the Magic City Casino in Miami (West Flagler Associates) and the Bonita Springs Poker Room (Bonita-Fort Myers Corporation).

The companies (both indirectly controlled by the Havenick family) only took issue with the online sports betting part of the compact. They asked the court to set aside the agreement’s approval by the interior secretary or to pause it until the legal process plays out.

Judge Friedrich decided the agreement violates key provisions of the Indian Gaming Regulatory Act (IGRA) — the law that “creates a framework for regulating gaming activity on Indian lands” — by authorizing gambling both on and off those lands.

This means the interior department had a duty to reject the compact, Friedrich wrote in her 25-page opinion. The judge added the “appropriate remedy” for the two casino-owning plaintiffs was to set aside the federal government’s approval of the entire compact, which also allowed for in-person sports betting, as well as additional gaming facilities and fantasy contests.

The remedy the judge ordered has the “practical effect” of rolling back gambling in Florida to the previous compact between the state and the Seminole, which took effect in 2010 and could stay in effect until 2030, Friedrich noted. With the new compact now sunk, continuing to offer online sports betting would be breaking federal law, she wrote.

“This decision does not foreclose other avenues for authorizing online sports betting in Florida,” Friedrich said. “The State and the Tribe may agree to a new compact, with the [Secretary of the Interior's] approval, that allows online gaming solely on Indian lands. Alternatively, Florida citizens may authorize such betting across their State through a citizens’ initiative. What the Secretary may not do, however, is approve future compacts that authorize conduct outside IGRA’s scope.”

Monday’s decision injected a massive dose of uncertainty into the future of sports betting in the Sunshine State. Florida was briefly the most-populous state in the U.S. with legal sports betting, but that wagering has now been ruled out of order in its current form and may have to stop if its backers are ultimately unsuccessful in court.

Those court battles are set to continue.

On Tuesday, the Seminole filed notice they will appeal Friedrich's order that set aside the tribe's gambling compact with the state and that denied their attempt to get involved in the lawsuit to get it dismissed. The tribe has moved as well to stay the judge's order pending the outcome of its appeal.

For now, then, it appears sports betting will carry on in Florida under its current, Seminole-controlled model.

"We'll support whatever we can to validate the compact," DeSantis said Tuesday during a press conference.

The judge's decision also touched on a separate legal challenge to the gaming compact (and a third challenge in Florida has already been dismissed), but since those plaintiffs were seeking the same relief, their request was dismissed as moot by the judge.

Meanwhile, as the legal drama continues to play out, a political effort is underway to authorize sports betting across Florida through a citizens’ initiative.

The effort is backed by DraftKings Inc. and FanDuel Group and aims to put a sports betting-related question on the November 2022 ballot in Florida. The proposed constitutional amendment would allow other sportsbooks to operate in the state independent of the Seminole Tribe.

1) DOJ will appeal and ask for an immediate stay of Judge Friedrich's order pending the outcome of the appeal.

2) Florida Legislature can try to emulate MI, AZ and CT model, but that will be met by an Amendment 3 lawsuit;

The now-unapproved agreement struck by DeSantis and the Seminole was ratified by the Florida legislature during a special session in May. The deal authorized the Seminole to offer in-person and online sports betting, as well as table games such as craps at its casinos, among other things. The tribe would be able to do so in return for payments to the state, including at least $2.5 billion over five years.

While the 30-year compact required federal approval, the U.S. Department of the Interior in August said it was neither approving nor disapproving the agreement. This meant it was deemed approved "to the extent that it complies" with federal law, Assistant Secretary for Indian Affairs Bryan Newland wrote.

Wagering must be "exclusively by and through" sportsbooks that are operated by the Seminole or its approved management contractor, the gaming compact says.

All sports betting is also to be "deemed" exclusively done by the tribe even when the wagers are being made with a phone or computer that’s not on their lands. The same goes for betting via pari-mutuels, such as racetracks, with which the Seminole was supposed to strike marketing partnerships in return for up to 40 percent of the profit. The tribe said on October 28 that it had already entered into marketing agreements with five pari-mutuels.

“The Tribe and State refer to this arrangement as a ‘hub and spoke’ model, where the Tribe's servers are the hub, and the spokes are the mobile devices and contracted Qualified Pari-mutuel Permitholders facilities where the wagers originate,” the approval letter from the Department of the Interior stated.

“And because the State has not entered a similar agreement with any other entity, the Compact grants the Tribe a monopoly over both all online betting and all wagers on major sporting events,” she added.

While legal challenges to the compact with the Hard Rock-owning Seminole had been expected and were received, the tribe still went ahead and launched their online sportsbook in Florida with the outcome of all of those legal challenges unresolved. In-person sports betting at the Seminole's casinos in the state had yet to begin as of Monday's decision.

the answer is beautiful

The Bonita Springs-Magic City legal challenge in D.C. was then filed in August. The lawsuit claimed IGRA does not allow the Seminole to offer online sports betting to anyone located anywhere within the state without having to set foot on the tribe’s lands.

“This effort to use an IGRA compact to confer such a statewide gambling monopoly on an Indian tribe is unprecedented and unlawful,” a September filing from the plaintiffs said.

Friedrich agreed that the model of sports betting settled on by the state and Seminole violates federal law.

IGRA authorizes sports betting on tribal lands, but the compact's attempt to expand it beyond those lands with its language fell flat with the judge, who scuttled the agreement and the types of gambling it allows.

"Although the Compact 'deem[s]' all sports betting to occur at the location of the Tribe’s 'sports book(s)' and supporting servers ... this Court cannot accept that fiction," the judge wrote. “When a federal statute authorizes an activity only at specific locations, parties may not evade that limitation by ‘deeming’ their activity to occur where it, as a factual matter, does not."

The Florida-Seminole compact does allow for parts to remain in effect if a court tosses out other sections of the agreement. However, Friedrich's opinion said the interior secretary "forfeited any request for severance" by keeping it out of various legal filings.

One of the main supporters of the compact's version of sports betting has remained optimistic about its prospects. DeSantis also said Tuesday that it seemed like the federal government — which is who the Bonita Springs-Magic City lawsuit was technically directed at — did a “poor job” with their arguments.

"I think the hub-and-spoke is fine," Florida's governor said. "But we anticipated that this could happen." 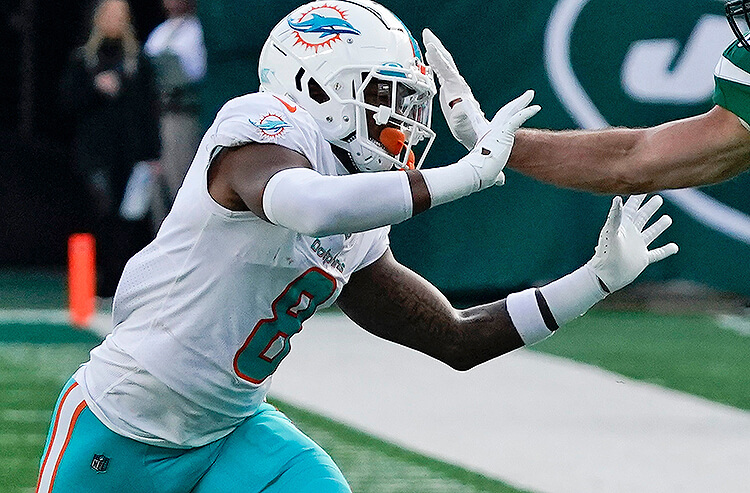