The previous two races have seen dominant wins from Lewis Hamilton and he's the F1 betting favorite yet again at the Saudi Arabian Grand Prix, despite still sitting second in the title race. Find the Formula 1 betting value with our odds and picks.

For a second consecutive race weekend, F1 will be at a circuit new to the sport, with Saudi Arabian Grand Prix picks coming in from Jeddah.

Seven-time world champion Lewis Hamilton remains the heavy F1 betting favorite as the pole sitter, despite trailing in the Drivers' Championship standings, after back-to-back dominant wins revived his title challenge. While we do like Hamilton to take a third straight race win, there's still value to be found in taking the Formula 1 betting favorite.

Check out our Saudi Arabian Grand Prix picks and odds, ahead of the penultimate race weekend of the season.

Odds courtesy of bet365 on December 4.

Where is the Saudi Arabian Grand Prix taking place?

The Saudi Arabian Grand Prix will be held at the Jeddah Corniche Circuit, a brand-new street circuit outside of Jeddah. The track was only just completed within the past couple of weeks but it's expected to be the second-fastest circuit on the calendar, with drivers fully on the throttle for just under 80 percent of a lap.

During the Brazilian Grand Prix, Lewis Hamilton delivered one of the greatest race weekends of his storied career, overtaking the entire field over the course of a 30-minute sprint race and the Sunday feature race. Not only did he overtake every car but he was in a class of his own in terms of pace, as the new engine Mercedes put in ahead of that weekend worked wonders.

At the following race, the Qatar Grand Prix, Hamilton was again untouchable, winning qualifying by a wide margin of 0.6 seconds and then crossing the line to win the race nearly 26 seconds ahead of the field. However, Hamilton's race win in Qatar requires a caveat: Mercedes weren't even using the engine which powered him to an all-time dominant win in Brazil.

Fast forward a couple of weeks and F1 is at a circuit expected to be the second-fastest of the season, and that engine is back in Hamilton's Mercedes. That, as well as general dominance as of late, has Hamilton as a huge -225 race favorite. He's rightfully favored to such a degree but there's no reason to expect his dominance to be restricted to just Sunday. Everything indicates Hamilton will be untouchable this weekend and so to get plus-money on him topping both sessions is a no-brainer.

Let's not get it twisted: Hamilton will be the fastest driver around the track at Jeddah. He'll set and then reset the fastest lap on multiple occasions. That's a near certainty. An absolute certainty, however, is that the two title challengers, Hamilton and Max Verstappen, and their teams, Mercedes and Red Bull, are fully invested in the Drivers' Championship at this point. Whether it's Mercedes or Red Bull, either team will sacrifice points in the Constructors' Championship if it will benefit their driver's individual title challenge. Enter Sergio Perez.

If the race plays out how we expect, with Hamilton leading and holding the fastest lap, and a combination of Verstappen and Valtteri Bottas behind, Red Bull will be desperate to take the fastest lap and the extra point that comes with it away from Hamilton just before the final lap. They won't bring Verstappen into the pits for fresh tires and a run at the fastest lap, as it would likely cost him more places (and thus points) than the one they would be taking off Hamilton.

They would, however, happily sacrifice Perez's race and the points he would otherwise be picking up (a similar occurrence happened as recently as in Brazil, two races ago). To Red Bull, and for Verstappen's title challenge, one fewer point for Hamilton means more than however many points Perez would be in place to take for himself and the Constructors' Championship. Even on fresh tires, Perez may not have the pace to beat Hamilton's fastest lap but at +400 for an effort likely to be made, it's worth the shot.

It's tricky to find value for the podium or the Top 6 this weekend, especially with it being a new circuit. It's also difficult to get a strong feel in the latest chapter in the season-long battle between McLaren and their drivers, Daniel Ricciardo and Lando Norris, and Ferrari and their drivers, Charles Leclerc and Carlos Sainz.

McLaren surged out ahead of Ferrari in the battle for third in the Constructors' Championship after the summer break but over the last few races, it has been all Ferrari. While this track has most commonly been compared to Monza, at which McLaren finished 1-2 earlier this season, Ferrari's recent dominance over their rival makes it difficult to back the Papaya as the best of the rest this weekend. It isn't so difficult, however, to take both Ricciardo and Norris to finish in the Top 10.

The circuit does seem to favor the McLaren over most other midfield teams and while they may not be fighting for Top 6 positions, both should finish in the points in Jeddah.

Past winners of the Saudi Arabian Grand Prix

This is the inaugural Saudi Arabian Grand Prix so there are no previous winners. 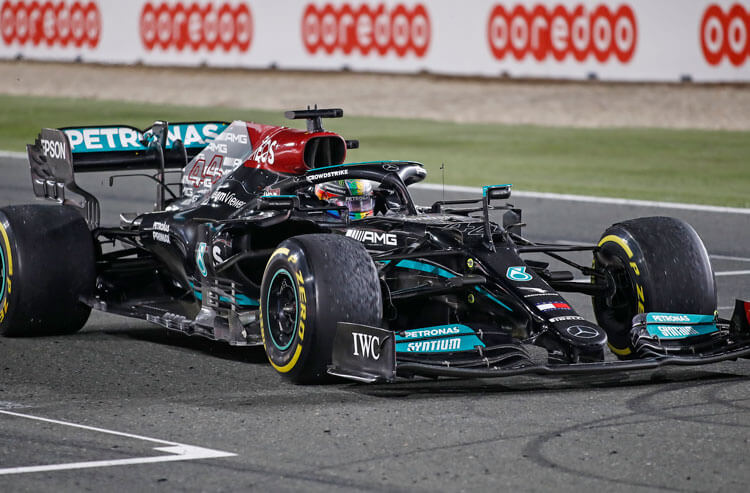