We're in a whole new F1 world this weekend, as the first-ever Miami Grand Prix is set to take place around Hard Rock Stadium. Early indications are one of the two title favorites should have the edge — check out our picks for more. 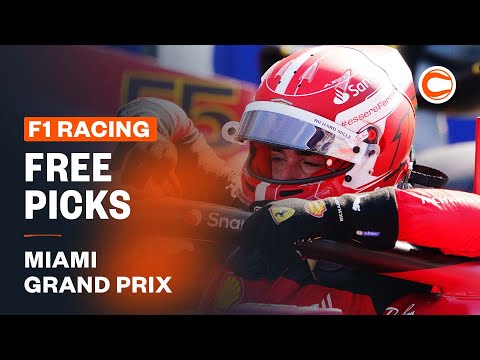 We're taking to the streets of South Beach this weekend for the first-ever Miami Grand Prix, with the race centered around the Dolphins' Hard Rock Stadium.

Formula 1 heads to America off the back of an Imola GP which saw Red Bull dominate, with defending Drivers' Champion Max Verstappen taking the most points possible across the sprint weekend. While Verstappen still has a considerable deficit in this year's title race, Miami Grand Prix odds favor him to continue to climb out of the early hole and win in Florida.

We take a look at Verstappen's chances and the F1 betting angle with our Miami Grand Prix picks and predictions.

The inaugural Miami Grand Prix will take the uncertainty around this first season of F1's new regulations to the extreme, as no cars have ever run at this circuit and early looks at the layout suggest it's a course that requires a strong compromise between aerodynamics and power. So, in our predictions ahead of quali (and free practice) we are going to look to one of the grid's most consistent drivers early this season.

Despite moving to Alfa Romeo, widely expected to be one of the three backmarker teams this season (and currently holding the third-longest Constructors' Championship odds), former Mercedes driver Valtteri Bottas has been superb through four races. He's made Q3 in three of four qualifying sessions and has finished in the Top 6 on race day twice, finishing eighth from 12th in his other completed race (he was forced to retire in Jeddah).

There are a couple of factors working in Bottas' favor ahead of Miami. The first is his Alfa Romeo, which has certainly exceeded expectations and has proven to have the requisite power at high-speed tracks like Imola as well as a strong downforce package at another street circuit in Melbourne. In a varied circuit like Miami appears to be, that balanced setup will work in his favor.

The other notable factor is the circuit itself — and where it's located. This is a brand-new circuit put together specifically for F1, which means it has never been run on. Such a green track will have a considerable lack of grip, especially early in the weekend. Combined with the relentless South Beach sunshine and suddenly tire management will be of even greater importance this weekend.

Few drivers manage their tires over the course of a race as well as Bottas. At a track and in conditions that will have some of the grid more mistake-prone than usual, that's just the edge the Finnish driver needs to outperform expectations yet again and crack the Top 6 at good odds.

As has been the case throughout this season, picking a winner comes down to whether the circuit favors Ferrari and Charles Leclerc or Red Bull and Max Verstappen. Really, that's an analysis of whether a track favors superior downforce (Ferrari) or superior power (Red Bull). This is the first race at this Miami circuit and the first practice session hasn't even occurred yet but Ferrari may have tipped its hand as to who it believes will have the advantage this weekend.

At a circuit that blends low-speed corners and long, high-speed straights, which will require compromise from teams in their car setups, Ferrari is reportedly trimming downforce considerably and bringing a lower downforce package to Miami. That setup would suggest the team doesn't think its innate aero advantage over Red Bull will rule the day here — instead, it's trying to minimize its power deficit to Red Bull.

Trying to recoup power to catch up to Red Bull is a foreboding sign for Ferrari here, as the last race weekend in Imola saw Red Bull shed eight kilograms from its 2022 car, which had reportedly been costing it as much as 0.3 seconds per lap. That change led to a straightforward 1-2 for Red Bull in an utterly dominant weekend for the team.

With Red Bull showing considerable gains in the last race and early signs pointing to the Miami circuit favoring it over Ferrari, back Verstappen to continue eating into Leclerc's Drivers' Championship lead and win in Florida.

We’ve seen two constructors win this season: Ferrari and Red Bull. They’ve now swept the Top 4 starting spots for Sunday’s inaugural race too. This is beneficial in the sense that 14 of the last 15 Formula 1 races have been won by a Top 4 starter.

Also, in terms of street courses like Miami is, we’ve seen 11 of the last 12 races held on these types of tracks being won by a Top 4 starter. Sunday’s second-place racer is Carlos Sainz Jr. He’s winless in 144 career starts and was sixth, 11th, and seventh respectively in practice this weekend. I’d punt on him.

I wouldn’t on his teammate, however, as Charles LeClerc has four career F1 wins. All came from the pole in six of the last seven races in general, including three of the four in 2022. Ferrari and Red Bull have also alternated victories this season.

Sergio Perez, was fourth, third, and first on the speed charts in the three practice sessions this weekend. He’s finished runner-up in each of the last two races on the season and has won his pair of races from the fifth and sixth starting positions.

He’s fast and the Red Bulls have the top speeds this weekend on the straights. His teammate Max Verstappen is a capable winner but finished third in two of the three practice sessions.

Among his 22 career wins, only three of them came from the third starting spot. Eight of his last 11 victories came from the pole, a place he’s not coming from. Go with the teammate that is being offered at better odds. 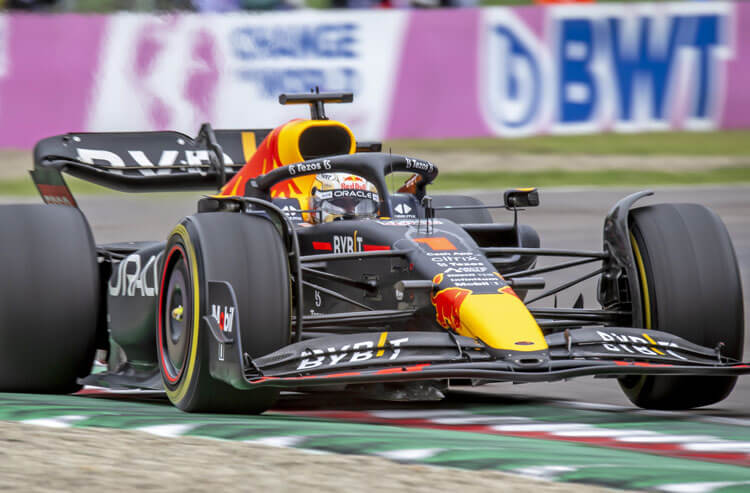