Red Bull and Max Verstappen should love their chances in Mexico City, as the race conditions favor the championship leader. Our Mexican Grand Prix picks highlight the value on the grid this weekend, as F1 returns to Mexico.

The F1 betting board this week features odds to win the Mexican Grand Prix, as Formula 1 heads to Mexico City after a year away.

Championship leader Max Verstappen has twice won in Mexico and entered the weekend as the Formula 1 betting favorite, but a qualifying of upsets has given him company on the top of the Mexican Grand Prix odds board with the grid set.

We've got the full Formula 1 odds and Mexican Grand Prix picks for you below.

Odds courtesy of bet365 on November 6.

Where is the Mexican Grand Prix taking place?

The Mexican Grand Prix has taken place at the Autodromo Hermanos Rodriguez every year since rejoining the F1 calendar in 2015. Situated in Mexico City, the circuit is at high altitude, which is something that factors heavily into race strategy. The circuit has 17 turns and three DRS zones, with two in the first sector allowing for plenty of overtaking opportunities coming out of an epic stadium section.

Red Bull and Max Verstappen rebounded from an uncompetitive Turkish Grand Prix in a major way in Austin. Verstappen seemingly came out of nowhere on Saturday, after being off the pace in practice on Friday, to take pole position in qualifying. Then, after Lewis Hamilton won the sprint to the first turn and took the race lead, Red Bull won the strategy battle as Verstappen would regain the lead and not look back.

The banner day for Red Bull pushed Verstappen 12 points clear in the title fight and into a great position to extend his championship lead at the next opportunity, as the Mexican Grand Prix should favor Red Bull over Mercedes.

In normal conditions, Red Bull would have the time advantage in the first and third sector at this circuit, while Mercedes would be able to pick up time in the high-power second sector. However, this race will take place at the high altitude of Mexico City, which will change conditions considerably. Mercedes' power edge is lessened in the thin air of Mexico City, and compounding the disadvantage for Mercedes here is Red Bull's superior downforce, which is made greater at altitude.

Verstappen has been the superior driver to Lewis Hamilton throughout this season, and in Mexico City, he'll have the superior car, too. Rightfully the -150 favorite on race day, we'll take him to take pole position on Saturday and win the race on Sunday for better value.

It would stand to reason that both Red Bull drivers will benefit from having the dominant car on the track this weekend. And yet, this would have been a difficult pick to make prior to the second half of the season, as Perez had endured a largely difficult first season with Red Bull. However, he has regained his form lately and is beginning to put in consistent drives, and isn't particularly far off Verstappen's pace.

Perez has consecutive third-place finishes, and it would have been three straight had he and Red Bull not made the incorrect decision when the rain hit at the end of the Russian Grand Prix. This comes on the back of Perez saying he had finally found a setup that works for him on a notoriously difficult to drive Red Bull car, and so the expectation within Red Bull and from the outside is that he'll factor in at the front of the grid for the remainder of the season.

Red Bull meeting expectations this weekend would not only mean Verstappen strengthening his lead on the Drivers' Championship lead, but Red Bull making the Constructors' Championship standings increasingly competitive. The conditions are right for them to do just that, and Perez will cap off his increasingly good form by earning his first podium at his home race.

Just as Red Bull are set to benefit in the title fight from the conditions of this weekend's Grand Prix, so too are Ferrari in the fight for third. However, finding value from that is a little more difficult, as a Top 6 finish for Charles Leclerc (-250) doesn't offer any, while a podium finish (+225) is too unlikely to make that leap of faith. Enter a Top 6 finish for the ever-reliable Carlos Sainz.

While nearly every other driver that switched teams before 2021 has struggled throughout the season, Sainz quickly took to the Ferrari and has continued to put in solid result after solid result. Sainz has qualified in the Top 6 on eight occasions this season and finished the race in the Top 6 eight times as well, with three seventh-place finishes to boot.

A Top 6 finish for Sainz here is certainly likely but waiting until after Saturday's qualifying could present a greater chance at value. Any match bet including Sainz or Leclerc pitted against the McLaren of Lando Norris or Daniel Ricciardo would favor the Ferrari drivers and potentially offer better value, depending on the results of qualifying.

Past winners of the Mexican Grand Prix 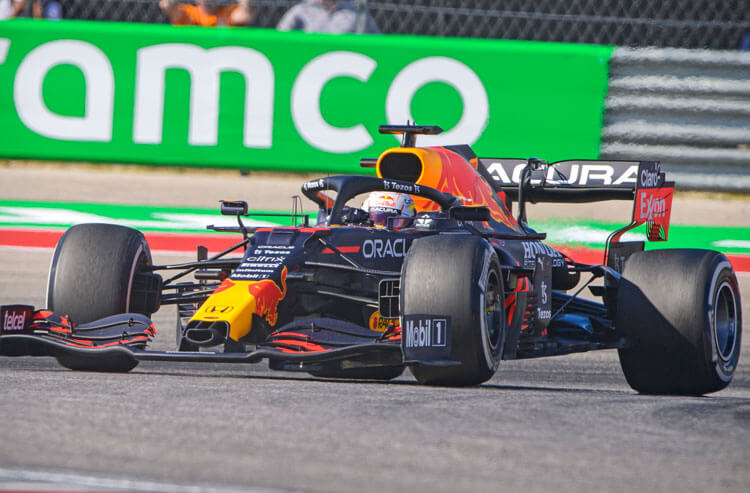