Last weekend saw Red Bull clinch the Constructors' Championship amid a dominant season. For the Mexican Grand Prix, Max Verstappen furthered the team's great season — and can be backed in F1 picks on race day as we highlight below. 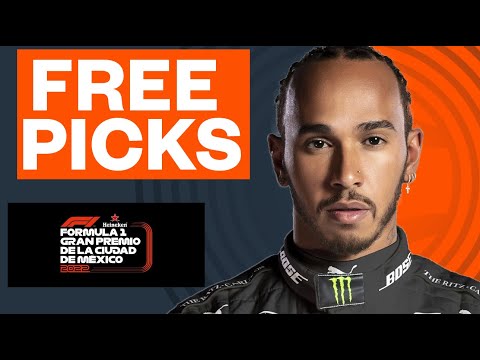 Fresh off one of the most entertaining races of the season a weekend ago in Texas, F1 makes the short trip south to Mexico City this weekend for the Mexican Grand Prix.

After a dominant showing in the final qualifying session Saturday, Max Verstappen re-enforced his status as the Mexican Grand Prix odds favorite. As a short favorite yet again, Verstappen is a tricky driver to back in the outright market — but that doesn't mean there isn't F1 betting value around the champ.

We highlight that play and more in our Mexican Grand Prix picks and predictions.

The 2022 season has been one of those years where a sportsman is at the height of their powers and they're capable of delivering the incredible. Yet again on Saturday, Max Verstappen delivered an unbelievable drive, the type that helps you understand how he went toe-to-toe with Lewis Hamilton and won in inferior machinery in 2021, and then comfortably repeated as champion in '22.

In Q3, as it appeared the track wasn't getting to a place where drivers could improve on their final runs, Verstappen had an awe-inspiring lap. Neither Ferrari improved, Red Bull's Sergio Perez barely improved, and both Mercedes were posting slow sector times — and then Verstappen goes and sets a lap over 0.3 seconds clear of the pack.

Verstappen's phenomenal final lap in Q3 has him well-positioned to take a maximum 26 points from the race — with the win and the fastest lap — and gives us a chance to back the grid's dominant force at plus money.

Red Bull has had an edge in race pace throughout the season but ahead of the weekend, there were many questions about its suitability to this circuit compared to Ferrari. Friday played into those concerns as persistent grip issues arose in the middle sector.

By Saturday, however, the team had nailed its setup — as has often been the case in its Constructors' Championship '22 — and was comfortably the second-quickest team in the middle sector. With the edge of around 0.2 seconds Verstappen was gaining during the rest of the lap, that was enough of an improvement for him to comfortably take pole.

With the most reliable team and a car that performs best in the long run of a race, Verstappen is set to win again on Sunday. With the huge advantage he pulled out by the end of Q3, it's hard to make a case against him taking the fastest lap — something he has done five times this season, the most among all drivers.

There are two things weighing into my pick of Lewis Hamilton to be the winner in the "Without Max Verstappen" market: Hamilton's great Saturday and the shocking performance from Ferrari.

The first signs we got that Mercedes may yet factor into the fight for pole came in FP3, in which the duo of George Russell and Hamilton finished 1-2 by a comfortable margin.

That competitiveness continued into qualifying, with Hamilton setting the fastest time in Q1 and then repeating the feat in Q2. While he would end up qualifying third, the margins were so fine to Russell, with 0.005 seconds ending up separating the two.

That little difference may actually end up aiding Hamilton, as well as us, as it relates to this pick. The run from the starting line to the first corner is long in Mexico, so the driver starting third has an edge over second for two reasons.

Not only is third place on the racing line to begin with but get the benefit of a tow from first all the way down the long start/finish straight to turn one. We saw this play out just last year when Verstappen, starting third, used the benefit of the tow before pulling alongside the Mercedes' starting on the front row and taking the lead into the first turn.

If Hamilton is able to do the same and get track position over his teammate Russell early in the race, he'll be brilliantly positioned to take second in what is likely to be a fight between the two Mercs and Perez. That's because, as mentioned, Ferrari is wildly off it, never factoring in during Q3 despite qualifying usually being its strongest part of the weekend.

Prior to Verstappen's superb pole lap, Saturday looked like it was going to be memorable for a fantastic Hamilton showing. Those two rivals can repeat that outlook Sunday and finish 1-2.

At +150 to end up on the podium at a circuit that favors his car, I eagerly set out to make the case for Carlos Sainz to enjoy a podium finish on Sunday — and then saw that a double podium for Ferrari was priced at +275.

With Sainz's teammate Charles Leclerc very likely to finish on the podium (-200), I am happy to take on the slight risk in a double podium over just Sainz for that big odds shift.

The Autodromo Hermanos Rodriguez is a very entertaining, versatile circuit, but one that I think we have a good grasp on as it relates to this season's top teams. While sector one, with its two long straights in quick succession, should favor the straight-line speed of Red Bull, the majority of the lap should play into Ferrari's hands.

The second sector features five corners in quick succession and, for as strong as Ferrari has been carrying speed through similar parts of tracks this year, Red Bull has dealt with issues of grip in the same spots. That showed up in FP1 as Max Verstappen spun out in the middle sector in a session that saw Red Bull post just the fourth-quickest time, nearly 0.3 seconds off of Ferrari.

The stadium section, in sector three, similarly favors Ferrari with the lap's final DRS zone leading into multiple low-speed corners in which Ferrari can feast. The fight for pole position in qualifying should be fairly open, but I feel confident we will see Red Bull posting the quickest times in the first sector throughout qualifying, with Ferrari posting purple times in the second and third sectors.

The circuit appeared to favor Ferrari to start the weekend as, despite not getting clean runs with several interruptions due to traffic and flags, the team finished 1-2 with Sainz just ahead of Leclerc.

The last bit of unpredictability we need to account for this weekend is the high altitude of Mexico City, which will make these cars and their tires considerably more temperamental than usual. While this circuit is at a much higher altitude than anywhere else on the calendar, the little previous info we have to work off of is encouraging.

In the high altitude of the Red Bull Ring in Austria (around 700 meters above sea level), Ferrari qualified second and third, held those spots in the sprint race, and then saw Leclerc dominate Verstappen — passing him thrice on-track — en route to the race win, while Sainz was forced to retire as he was closing in on Verstappen to give Ferrari a 1-2.

While both teams' outlooks, as well as that of the season, have changed since Austria, we have reason to expect a similarly strong weekend from Ferrari here.

As outlined above, I like Ferrari's chances of having a very strong weekend, with this circuit well-suited to its car's strengths. While the team's unreliable strategy and occasionally rapid tire wear give me a bit of a pause as it relates to its chances of a race win, I have no such reservations toward the likelihood of it being quickest in qualifying on Saturday.

Almost regardless of whether the circuit suits Ferrari or not this season, it has owned the grid in a one-lap setting. While Red Bull owns a massive 15-4 edge in race wins in 2022, Ferrari has taken 13 pole positions to Red Bull's six.

With Sainz picking up his third pole position of the season last week in Austin, Ferrari can reliably count on both drivers to be in the fight in qualifying — while Red Bull's Sergio Perez has often been off the pace of the front three.

At -120 to be the quickest car in qualifying, Ferrari is the rightful favorite to have a car take pole on Saturday. However, it's still decent value for one of the more likely things ahead of the weekend. 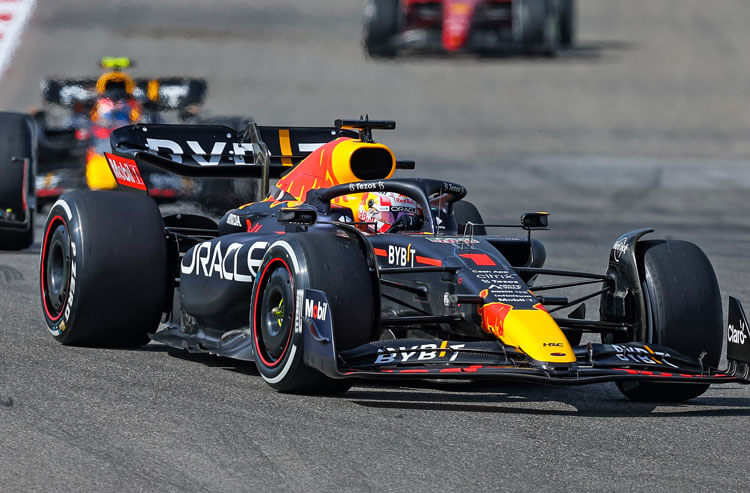