Max Verstappen is the overwhelming betting favorite at the 2022 Dutch Grand Prix after a dominant victory in Belgium. Verstappen won the 2021 Dutch GP and is in the process of running away with the F1 Drivers' Standings.

The second half of the 2022 Formula 1 season continues in the Netherlands for the Dutch Grand Prix.

The betting favorite at Circuit Zandvoort is Drivers' Championship leader Max Verstappen, who is coming off a commanding victory at the Belgian Grand Prix on Sunday for his ninth win of the year.

This will be the second straight year the Dutch GP will be held after it was off the F1 schedule from 1986 through 2020.

Verstappen became the first Dutch driver to win this race when it returned to the F1 schedule a year ago and is the overwhelming favorite to make it two in a row, after qualifying on pole during Saturday's qualifying.

The 24-year-old has won three straight races and nine total on the year for a commanding lead in the Driver standings with 284 points.

Verstappen's closest competitor on the grid and on the odds board is Leclerc. After winning two of the year's first three races, he's only claimed victory once in 11 subsequent races and has reached only two podiums in that time.

Leclerc gave Verstappen his best shot with two excellent laps during Q3 on Saturday but it wasn't enough to take pole.

Hamilton and Mercedes have enjoyed a competitive weekend at Zandvoort, but qualifying came to a frustrating end for he and teammate George Russell. The pair were on their final laps of Q3 when Sergio Perez spun, causing them to abort their laps. As is, Hamilton will start fourth on Sunday. 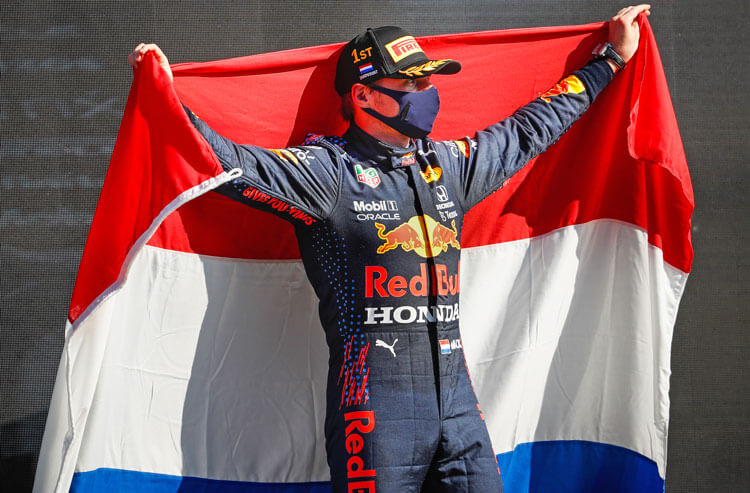