The Dutch Grand Prix serves as a home celebration of Max Verstappen, and it was last year as he took the checkered flag. Favored again ahead of Sunday's race, find out how to best bet on the dominant Dutchman with our F1 betting picks. 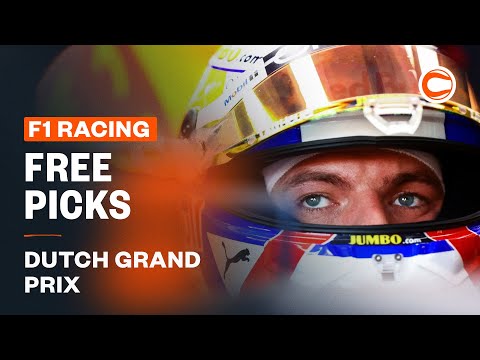 Fresh off one of the most impressive races of his already decorated career, Dutch Grand Prix odds favorite Max Verstappen heads home in search of two wins in two in his native Netherlands.

For as dominant as Red Bull has been this season, it will be an intense race for Verstappen and his team, with both of Red Bull's direct rivals looking equally competitive at Circuit Zandvoort.

We break down the race and the F1 betting landscape with our Dutch Grand Prix picks and predictions, ahead of the race on September 4.

After a dominant race in Spa, there was never really a chance to take Max Verstappen to win the race outright in Zandvoort, with the Dutch driver opening at -150 or shorter.

Looking at the characteristics of the top teams' cars (Red Bull, Ferrari, and Mercedes), as well as those of this track, there was room for doubt around Verstappen’s status as the favorite ahead of the weekend — making a fastest qualifier/race win bet risky.

After a Saturday in which Verstappen put any concerns to bed, we now have a chance to confidently back him to win his home race at a reasonable price — by taking him to set the fastest lap as well, at -120 (currently boosted to +110 at bet365).

In FP3 — the practice session which typically is the closest reflection of race pace — Red Bull had the best times in the first and third sectors.

In qualifying, Verstappen set the quickest time in Q1 and, ultimately, in Q3. In Q2, he finished just over a tenth of a second back of Carlos Sainz Jr. and George Russell — on old tires, while they were on new tires.

Ultimately, with Verstappen a -250 outright favorite, this is a bet that hinges on the fastest lap, and we’ve seen enough to be confident in the Dutchman setting it. He has done so in three of nine wins this season and four times overall, while a Red Bull car has set it in five of his nine wins.

With a highly encouraging Saturday in the books, back the grid’s unstoppable force to again come through on Sunday.

It’s been a nightmarish season for McLaren for many reasons, and it hasn’t gotten much better lately. Amid a seemingly endless run of issues, a new problem has arisen — its pace falls off a cliff during races.

We’ve seen this happen repeatedly in recent races, with Lando Norris setting encouraging times in free practice and then qualifying well, before underwhelming on Sunday.

Two races ago, in Hungary, Norris qualified fourth but dropped down to seventh during the race and was unable to capitalize on Ferrari’s strategic errors, as he would finish nearly a full lap down from the leaders.

Last weekend, in Spa, Norris was third in FP2, fourth in FP3, 8th in Q1, 9th in Q2, and 10th in Q3. While he, along with five other drives, would drop down the grid due to engine penalties, the lack of race pace was startling.

Verstappen and Charles Leclerc, who also took penalties, made up places with ease to finish first and sixth. Norris, however, only made up three places and was lapping at a similar pace to cars 15th and below.

After qualifying in seventh, behind the pairs of Red Bull, Ferrari, and Mercedes, Norris would be hard-pressed to make up places as is. Add in McLaren’s race-pace issues, and Norris is likely to spend more time defending behind him than attacking ahead.

As mentioned, Zandvoort's characteristics favor Ferrari and Mercedes, who have excelled at high downforce circuits, as opposed to Red Bull, whose power has been king in 2022. The Dutch circuit requires an incredibly high amount of downforce, and the ability to carry speed through corners will make a major difference here.

Enter Mercedes and its most consistent driver this year, George Russell.

Russell has shined in his debut season with Mercedes, finishing in the Top 5 in every race he has completed while recording five podiums in 14 races.

Two of those podium finishes (in Spain and Hungary) are especially relevant here, as Hungary is the purpose-built track that requires the highest downforce, while Spain's third sector is similarly aero-needy. (Not for nothing, Russell finished fifth in Monaco — the circuit which requires the highest downforce on the calendar — which was an impressive result in a struggling Mercedes.)

It was just two races ago, in Hungary, where Russell took the first pole position of his Formula 1 career and went on to finish third in the race, with teammate Lewis Hamilton — emphasizing Mercedes' strength at high-downforce tracks — finishing second.

Both drivers should have strong weekends in Zandvoort, but not only has Russell been the more consistent driver this season, but he also has longer odds to finish on the podium (+162 compared to +120).

Mercedes to record a double podium is also well worth a flier, more-or-less taking a chance on Sergio Perez underwhelming and/or one of the Ferraris underperforming... for any number of reasons. After Merc finished 1-2 in FP1 on Friday, the line there shrank from +650 to +450, but it's still a worthwhile longshot.

Aston Martin has screwed it up this year, badly. It went from fighting in the upper reaches of the midfield to trading soft blows with Williams at the back of the grid. It has, however, been able to salvage half-decent performances at... wait for it... high downforce tracks (or at least Sebastian Vettel, its better driver, has).

A lost season for Aston Martin, ninth in the Constructors', has seen it finish in the points in just 10 races this season, between both drivers. Those points finishes — six of which have come from Vettel — are littered with encouraging signs as it relates to the German's chances at Zandvoort.

In Imola, Vettel finished eighth from 13th, taking advantage of the required cornering speed and short straights to climb into the points.

In Monaco, Vettel's amazing consistency at the famous street circuit continued, as he dragged a poor car to a 10th place finish — a week after coming home 11th in Spain.

Vettel followed Monaco up with his best finish yet this season, a sixth-place finish in Baku. He was nearly the quickest on track in the third sector — which rewards speed through corners — and was fourth-quickest in that sector over the course of the race.

Alonso and Vettel were flying in Sector 3! Here are the top ???? sector times and ideal lap times from qualifying at the #AzerbaijanGP! #F1 pic.twitter.com/FtxNd7ZRfw

Most recently, there's been a 10th place finish in Hungary — especially impressive having qualified in 18th — and an eighth place finish last weekend in Spa. That result was made possible by Aston Martin's pace through the aero-needy second and third sectors, in which it was consistently in the Top-4 quickest teams.

Aston Martin's suitability to this track showed up on Friday, with it having the fourth-quickest ideal lap time behind the big three of Red Bull, Mercedes, and Ferrari. Should that continue through the weekend, so too will Vettel's '22 trend of outperforming his car's ability at circuits like Zandvoort.

Post-qualifying update: Vettel will start 19th after he went off the track during his final lap in Q1. However, at +300, he is still a worthwhile pick to finish in the points. During Saturday's FP3, Vettel had the eighth-quickest time, and was on pace to set a Top-5 time in Q1 before he aborted his lap after his mistake.

We still saw Aston Martin's pace at this track show up during the remainder of qualifying, too. Vettel's teammate, Lance Stroll, qualified 10th and made Q3 for just the second time this year. We also saw quicker cars be able to make up places at Zandvoort last year, as Sergio Perez finished eighth after starting last from the pit lane. 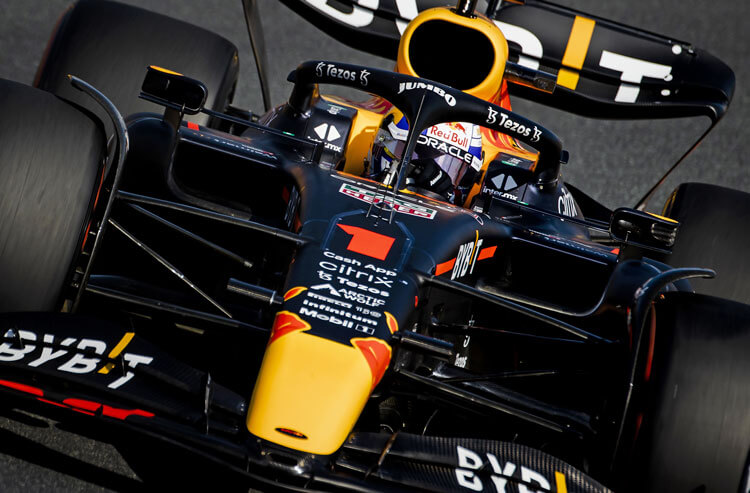