Brazilian Grand Prix Picks and Predictions: The King of Interlagos

Last year, Lewis Hamilton delivered one of the best weekends of his career at Interlagos. Back in Sao Paulo for the 2022 Brazilian Grand Prix, our Formula 1 picks are expecting another shining weekend for Hamilton. 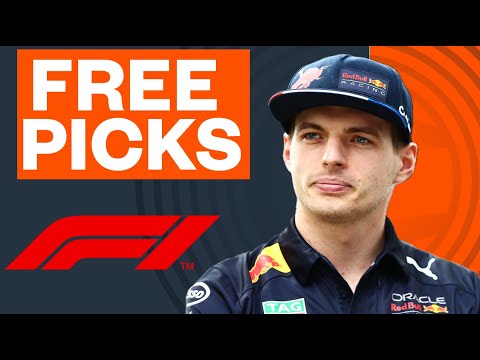 The sprint race set the stage for what should be an excellent race on Sunday, with two cars on the front row for Mercedes, and both Red Bulls right behind them.

Ahead of Sunday's race, check out our Brazilian Grand Prix picks and predictions.

We, the F1 betting public, got to share something with the sport’s dynastic outfit, Mercedes, on Saturday. In the sprint race, Mercedes took advantage of Red Bull’s ill-fated choice to put medium tires on Max Verstappen’s car, with both Lewis Hamilton and George Russell overtaking the Red Bull to start on the first row.

Now, ahead of Sunday’s race, we’re going to take advantage of that rare strategic error from Red Bull too — by backing Verstappen to win the race outright.

A favorite of -200 or shorter throughout the week and after Friday’s qualifying, Verstappen’s slide from first, early in the sprint, to fourth has given us a chance to get the Drivers’ Champion at +137. That’s not an opportunity we’re going to pass up.

With Verstappen’s teammate, Sergio Perez, starting alongside him on the second row, Mercedes’ strategic advantage, with its cars starting first and second, will be lessened considerably. Either way, the Red Bull of Verstappen should have the pace to win yet again on Sunday.

I was eagerly waiting for the double podium market to open up after a Friday that clearly showed Mercedes had the measure of Ferrari as the second-quickest team in Brazil.

After a sprint race that saw its drivers, George Russell and Lewis Hamilton, finish first and third — setting up a front-row lockout on Sunday due to Carlos Sainz’s engine penalty — we’re getting a great price on just that at +100.

Though I expect Verstappen to come through the pair of Russell and Hamilton over the course of the race, there’s little danger of losing spots to drivers starting further down.

Verstappen’s Red Bull teammate, Sergio Perez, is starting fourth but has yet again been off the pace of the frontrunners this weekend, never challenging the Russell, Hamilton, and Sainz trio that capitalized on Verstappen’s soft tires in the sprint.

Sainz, who finished second in the sprint, will take a five-place engine penalty and fall all the way down to seventh, which is sure to keep him out of podium contention — especially with the competition ahead of him.

Similarly, Leclerc was penalized by Ferrari’s mind-boggling strategy on Friday and managed some damage control during the sprint, climbing up to sixth but like Sainz, between Mercedes’ superior pace to Ferrari here and the competition between Leclerc and the podium places, it’s very difficult to see him mounting such a charge.

With Mercedes in great danger of ending the season without a race win, second- and third-place finishes in Sunday’s race would surely be a disappointment to the German team. For Mercedes double podium bettors, however, it’ll taste as sweet as a win.

After setting a handful of fastest times in Q1 and Q2, finishing those two sessions third and sixth, Alpine's Fernando Alonso will start the sprint race on the fourth row, from seventh. With a 30-minute sprint and a feature race to go, Alonso will have more than enough of a chance to crack the Top 6 for a fifth time this season.

Alonso's good form on Friday in Interlagos was no surprise, with the Sao Paulo circuit a high-speed track that suits the strengths of Alpine, with the French outfit the second-quickest car in a straight line and having taken recent upgrades that will help it perform better in the winding second sector.

Though Alonso has already put himself in a strong position to finish in the Top 6 on Sunday, the sprint race is an added layer of security. In the five sprint weekends over the last two years, we've seen the grid's best drivers — regardless of the car — have consistently strong results, benefitting from the straightforwardness of the sprint format (where there's less time for strategy, tire wear, and the like to factor in).

Few drivers have been more consistent this season than Alonso, who has 12 consecutive points finishes, excluding retirements, and nobody has more experience here than the Spaniard, who first raced in F1 at Interlagos in 2001.

It won't be surprising to see Alonso pick up a couple of places during the sprint race on Saturday, before coming home in the Top 6 on Sunday.

Newly anointed honorary citizen of Brazil and one of the country's beloved drivers, Lewis Hamilton, was unable to secure pole position on Friday, as the fight was cut short by teammate George Russell's crash. However, Hamilton is well set up to climb up the field and stand on the podium on Sunday.

Though Hamilton will start the sprint race on Saturday in eighth, that isn't indicative of his pace on Friday nor where he will start on Sunday. After finishing FP1 fifth and Q1 second, Hamilton finished eighth in Q2, amid a session that saw drivers setting constantly improving times on a drying track, and then in the shortened Q3.

Conditions made it difficult to gauge the true pace around here this weekend but based on the track's characteristics and recent form, Mercedes should be expected to be the second-quickest team this weekend. Both that notion and the field ahead of Hamilton are encouraging, with Kevin Magnussen (first), Lando Norris (fourth), and Carlos Sainz (fifth) all not long for their places high up the grid, for various reasons.

Not that Hamilton will need the help. As mentioned, sprint races provide the grid's best drivers a platform to shine, and nobody shined brighter in the sprint format last season than Hamilton — at this very track.

It was at Interlagos a year ago when, due to engine penalties, Hamilton began the sprint 20th but finished fifth, after just 24 laps. Again, penalties would drop him to 10th for Sunday's feature race, which Hamilton went ahead and won by over 10 seconds. Mercedes' car isn't as strong as it was to end last season but Hamilton's task this weekend is far from as tall as last year's.

Some of the most incredible moments of Hamilton's celebrated career have come in Brazil, and while a 191st podium won't be remarkable in that regard, it's still an excellent play ahead of the weekend. 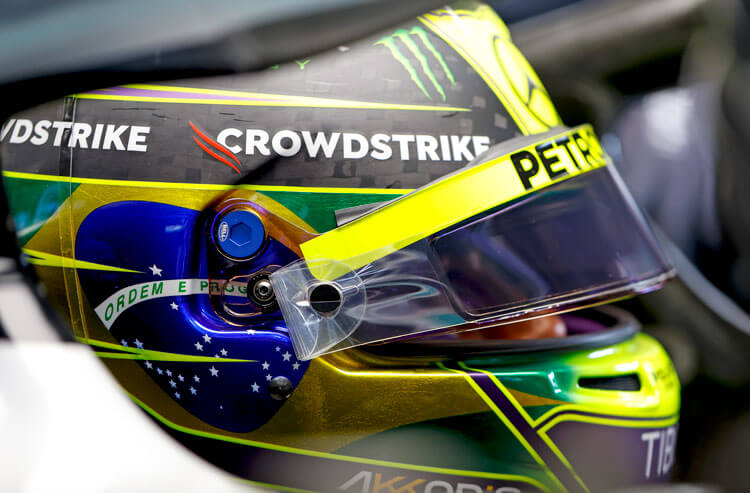 Brazilian Grand Prix Picks and Predictions: The King of Interlagos
Provided by