Abu Dhabi Grand Prix Odds: The End of the Line

Formula 1 heads to Yas Marina for the Abu Dhabi Grand Prix and the final race of the 2022 season this weekend.

While we won't have the intensity of a title fight like last season, when Lewis Hamilton and Max Verstappen arrived at Yas Marina tied, we have something close. Quite amazingly, the fight for second place between Sergio Perez and Charles Leclerc will come down to the wire — and the two are level on points, at 290.

Despite Max Verstappen and Red Bull heading to Sao Paulo with both titles clinched, the Brazilian Grand Prix was one of the more dramatic weekends the team has endured this season. After the controversy surrounding Verstappen and Sergio Perez's final lap in Brazil, Verstappen is favored in Abu Dhabi but one must think the team's focus will be on securing second in the Drivers' Championship for Perez.

Red Bull isn't going to be short on options on race day, with a front-row lockout.

Perez took an early advantage in the fight for second in the Drivers' Championship, as he qualified second on Saturday to join teammate Verstappen on the front row — and, crucially, ahead of Leclerc.

Despite Ferrari looking off the pace during the early parts of the weekend, Charles Leclerc salvaged Saturday with a typically outstanding fast lap. Leclerc managed to get his Ferrari on the second row, starting third, leaving plenty to fight for on Sunday. 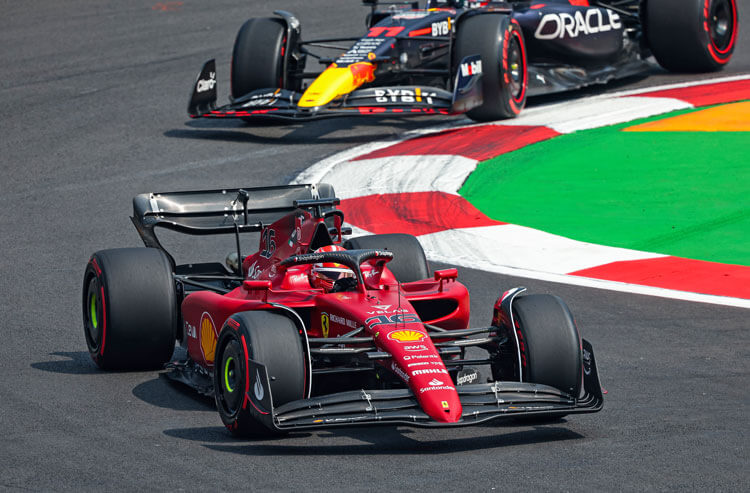 Abu Dhabi Grand Prix Odds: The End of the Line
Provided by