The 2022 F1 season comes to an end this weekend, after a year dominated by Max Verstappen. The Red Bull driver may have the title secured but our Abu Dhabi Grand Prix picks don't expect him to slow down to end the season. 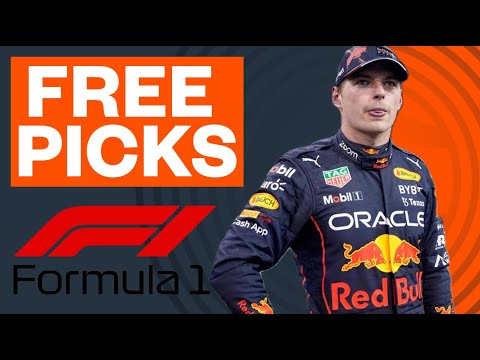 Both titles have been wrapped up but there's still plenty on the line at the F1 season finale at Yas Marina for the Abu Dhabi Grand Prix.

Second place in both the Drivers' and Constructors' Championships are up in the air, as well as a number of midfield and teammate battles to be decided. Despite already having secured his status as champion for the second year in a row, Max Verstappen is indeed the Abu Dhabi Grand Prix odds favorite without anything to fight for after taking pole on Saturday.

Our Abu Dhabi Grand Prix picks and predictions break down the race winner market and more, ahead of lights out on November 20.

After Max Verstappen unsurprisingly took pole in Saturday's qualifying, he moved from +100 to -200 in the outright winner market. Amid a weekend that appears set to be dominated by Red Bull, however, there is still value to be found on the board.

That value is in the form of a 1-2 for Verstappen and Sergio Perez, who achieved a front-row lockout for Red Bull for the first time since the 2018 Mexican Grand Prix. With a main straight over a kilometer long and another long, flat-out stretch following, Red Bull was set up to hold a major advantage and that showed through on Saturday.

The day began with Perez posting the quickest time in FP3, with Verstappen right behind him. The pair would retain 1-2, with positions flipped, in Q1 as the only two drivers to crack the 1:24 barrier. Perez would go quickest in Q2 before the decisive Q3, in which they secured that front-row lockout.

As Verstappen's status as a -200 favorite would suggest, we can feel great about him delivering his end of the bargain and winning. With Charles Leclerc, Perez's competitor for second in the Drivers' Championship, right behind them in third, the team is going to do what's needed to hold track position and earn its first-ever 1-2 in the Drivers'.

While the fight between Leclerc and Perez is the most prominent to be decided in the season finale, there's a compelling battle to be decided in the Constructors' Championship further down the grid. Alpine and McLaren's fight for fourth has been year-long and while the latter's double retirement last week all but gave Alpine fourth, the French outfit will want to control its own destiny and secure that place for itself.

It can do just that after a qualifying session that has both cars in the Top 10, with a grid penalty to McLaren's Daniel Ricciardo pushing him down to 13th — and moving Alpine's Fernando Alonso to 10th. Alonso's Top-10 start will be accompanied by teammate Esteban Ocon, whose solid season continued with an eighth-place finish in quali.

Like Red Bull, Alpine figured to be strong in Abu Dhabi, with its power unit well served in the long flat-out stretches that make up the middle portion of the lap. That played out in a competitive qualifying and figures to again on Sunday.

With 11 double-points finishes already to the team's record in 2022, it'll top off a positive season with both cars finishing in the points and securing a fourth-place finish for the team in the Constructors' Championship.

For the final time in 2022 here I am, making the case for a dominant Max Verstappen to win yet again. At +100, after a second half of the season that's seen him routinely -200 or shorter, it's too difficult to pass up. It's also difficult to pass up because, quite simply, he should be a much shorter favorite.

Other than the last sector, in which there's a rapid succession of low-speed corners, there's not really any place at Yas Marina for Verstappen's competitors to make up time. The main straight, out of turn five, stretches over a kilometer long and the power of the Red Bull will absolutely crush the field there. Even more so considering it's just a chicane between that straight and another flat-out section into turn nine.

In case we needed any more reminders of Verstappen's outright dominance over the rest of the grid, he delivered it on Friday morning.

After sitting out FP1 while 2023 reserve driver Liam Lawson ran in his place, Verstappen went ahead and posted the quickest time in FP2, over 0.3 seconds quicker than second-place George Russell, who put in 30 laps in FP1, and over 0.7 seconds up on teammate Sergio Perez — who had run 23 laps in FP1 just a couple of hours prior. (Verstappen also set the quickest time in sector three, which should, on paper, favorite the cars of Ferrari and Mercedes.)

Verstappen has the Drivers' Championship and the single-season record for race wins. He'll crown his championship season with another victory.

Though this season was the first since 2013 in which Mercedes didn't win the Constructors' Championship, the other nine teams must be looking at the German outfit with a little bit of fear as they look ahead to '23. Though Merc screwed up these new regulations out of the gate in a very public fashion, it has been a slow climb but one everyone anticipated.

Mercedes has been too dominant for too long, and remain too elite in nearly every facet, to remain in turmoil. A run of six straight podiums ahead of the summer break was encouraging but didn't translate immediately in the season's second half.

The team fired a warning shot, however, ahead of the Mexican Grand Prix, stating its excitement around its latest upgrade. That excitement was proven well placed, as the team qualified second and third, and finished the race second and fourth.

That Mercedes optimism — and concern for the rest of the grid — reached a crescendo last weekend in Brazil, as George Russell won both the sprint race and the feature race, while Lewis Hamilton came home second to give the team not only its first win of the season but a 1-2.

It appears clear that as Ferrari has stopped upgrading its '22 car in preparation for '23, Mercedes has not only closed the gap but surpassed Ferrari as the second-best team. That notion translated to Friday practice in Abu Dhabi, as Mercedes finished FP1 first (Hamilton) and second (Russell), and then second and fourth in FP2.

With Mercedes deadset on salvaging whatever optics possible from '22 — in the form of a second-place finish in the Constructors' — back it to take a fourth double podium of the season. 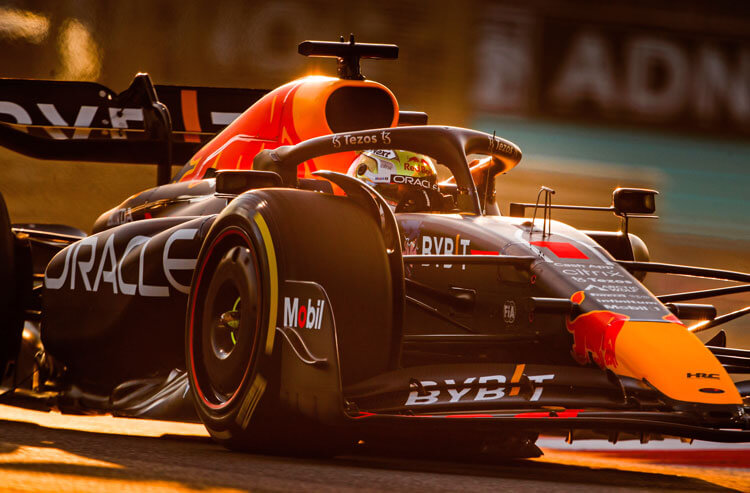