Whether you've been thrown a curveball or outkicked your coverage, we're serving up some of sports' best terms that have double meanings in everyday life.

The use of obscure sports lexicon has spiraled out of control. For cold hard proof, try speaking “sports talk” with a non-sports fan the next time you're at a party.

YOU: “Didja see Smith roof that wrister yesterday? He had that sucker on the string, the way he faked those D-men out of his shorts. Next thing you know, the 'tender's deep in the blue paint and Smith bulges the twine top shelf!”

Fortunately, several less ridiculous sports phrases have made their way into everyday vernacular. From frequently used business terms to one of several memorable episodes of “Seinfeld”, sports terms are popping up regularly in humorous yet useful ways. The best of the bunch are listed below:

Sports meaning: A horse racing wager in which the bettor must correctly predict the first, second and third-place finishers in a given race.

Non-sports meaning: Indulging in three passions at one time. First coined by “Seinfeld” character George Costanza, who attempted to combine together food, sex, and television with predictably bad results.

When it comes to track betting, there are few sensations greater than nailing a trifecta, particularly when a longshot is involved. Few can vouch as to whether Costanza's trifecta – punctuated by the use of hot pastrami and mustard on rye – achieves a similar feeling of elation since it's likely that few guys have ever been able to pull it off. In the words of George's father Frank, “a million-to-one shot.” Or something like that.

Sports meaning: A term used to describe a football play where a kicker launches a ball too far, giving the other team possession of the ball with the coverage team still several yards away.

Non-sports meaning: A guy involved with a woman who is far more attractive than he is.

The football example is one of the worst things a kicker can do. Often, his team isn't in position to properly defend the kick and the returning player can easily find seams, leaving the kicker as the last line of defense. Predictably, he usually becomes the hilarious part of a “SportsCenter” clip. The relationship example was the basis for the movie “She's Out of My League,” starring Jay Baruchel as a gangly airport security employee and Alice Eve as the knockout girl who inexplicably falls for him. If you're looking for humor, stick to the SportsCenter kicker clips.

Sports meaning: A tie game, which generally provides fans with an empty, hollow feeling. Like kissing your sister. Or so we're told.

Non-sports meaning: Really? You need this one spelled out?

Sports fans hate tie games. Ever think of how lousy “Rocky IV” would have been had Drago and Rocky fought to a draw? Those crazy Russians would have burned the place down. The NHL hated ties so much it instituted a shootout, basically saying “we would rather have 65 minutes of team-oriented hockey come down to a series of one-on-one showdowns than accept anymore 2-2 games.”

The most famous act of actually kissing one's sister occurred in “Star Wars: A New Hope”, when Leia Organa planted Luke Skywalker with a full-on smooch. Fanboys were giddy with excitement. Then came “Return of the Jedi.”

Sports meaning: The phrase uttered by an umpire to signal the beginning or resumption of a baseball game.

Non-sports meaning: A willingness to toe the company line, even if it's against a person's better judgment.

Between the din of the crowd, the shouting of the peanut vendors and the crunch of delicious nachos resonating throughout the ballpark, precious few baseball fans actually get to hear an umpire utter “Play Ball!” Unless you have seats in the batter's box, you'll just have to assume he says it. Playing ball in the corporate world can mean the difference between a promotion and a reprimand, or demotion, or firing. If that happens, don't worry. Ballparks are always looking for new peanut vendors.

Sports meaning: Executing a pitch with so much spin that it actually curves before reaching home plate.

Non-sports meaning: Making a sudden or unexpected change of plans.

Most pitchers can throw a curveball, but few of them throw it well enough to make a major-league hitter look like a third-rate T-ball coach. Throwing curveballs in everyday life can have a similarly disorienting effect on people. This double meaning isn't the only one that relates to a pitch. Let's not forget the knuckleball (any ball that weebles and wobbles), the fastball (a one-hit band from the mid-1990s), the screwball (an unflattering name for a weird person) or the slider (a tiny but delicious hamburger).

Sports meaning: A wrestling term used to describe a two-man team that often competes against another two-man team.

Non-sports meaning: The act of joining forces to accomplish a goal.

Professional wrestling has provided society with more than its share of laughs, but it has also produced several constructive developments, as well. The emergence of the championship belt as a fashion accessory, for example, has at least one die-hard supporter in former NBA star Rasheed Wallace. Wrestling has also given us the term “tag team”, which has increased in usage over time. “Bill and I tag-teamed that six-foot sub the other day,” you might hear someone say. Hopefully, you will be able to provide the speaker with an antacid.

Sports meaning: Removing the goaltender at the end of a close game for an extra attacker in an attempt to tie the game.

Non-sports meaning: Ceasing the use of birth control in an attempt to have a baby.

Pulling the goalie for an extra attacker generally has a very low success rate, but occasionally a team will score the equalizer and send the game to overtime. It isn't always easy to do; watch clips of teams losing control of the puck while the goalie is trying to get to the bench. He lurches back and forth like an inattentive pet. Hilarity!

Pulling the goalie in family circles usually has a higher success rate, and hopefully comes with less lurching.

“Par for the course”

Sports meaning: The number of strokes required to make par on a specific golf course.

Non-sports meaning: Normal for a given situation; not out of the ordinary.

“Darren's penchant for hitting on soccer moms with accents is par for the course,” for example.

“Throwing him under the bus”

Sports meaning: Placing blame on an individual for the troubles of an entire team.

Non-sports meaning: Committing a felony, punishable by no less than 15 years in federal prison.

Players and coaches get thrown under figurative buses on a regular basis. Often, the tossing is done in the media by players who are particularly cheesed off at a teammate or coach and speak angrily, saying things like “I need the ball in my hands to make plays,” or “Go ask coach why I was pulled. Go ask coach. Go. Go. GO!”

The term is believed to have originated from when teams traveled on buses, and managers would instruct their players at departure time to “be on the bus or be under it.” It is presumed the coaches meant that the players could ride in the storage areas, which still seems a tad inhumane. But what do we know? We've never been under a bus before.

Sports meaning: A car taking an in-race break for fuel and maintenance.

A well-executed pit stop can help a race-car driver snag the checkered flag. A poorly-executed pit stop can result in a flaming gas hose, a loose tire or a member of the pit crew getting knocked over. These highlights usually end up on “SportsCenter,” right after the clips of crushed kickers. Pit stops on personal road trips aren't nearly as elaborate, but they can be just as critical to the safety of the driver. While a flaming gas hose may not be a concern, a crammed bladder sure is. 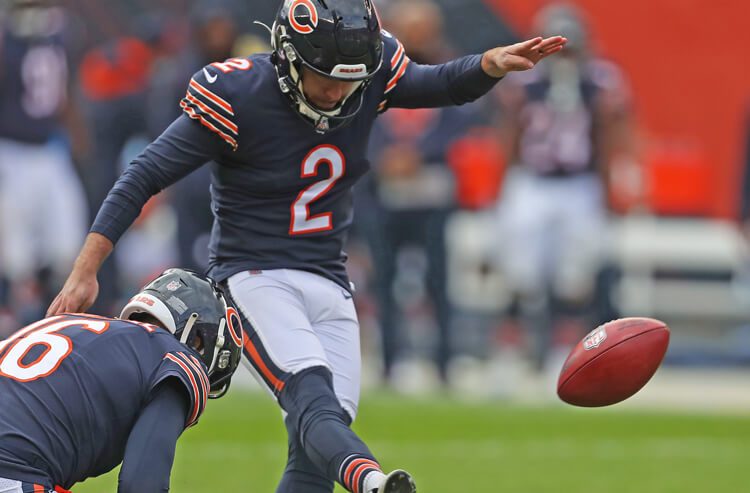 Sports Phrases with the Best Double Meanings
Provided by