Betting on the Academy Awards is the biggest annual non-sport gambling market and we look at the favorites and live underdogs in the 2018 Oscars odds.

The Academy Awards offer the most enticing pop-culture betting event of the year. The top achievements in moviemaking from 2017 will face off for gold statuettes in a variety of categories and the Oscars betting odds allow you to cash in on those movies worthy of Hollywood’s top honor.

Who better to break down the best bets for the 90th Academy Awards than a film buff from Las Vegas? Film critic Josh Bell gives his insights into which films should walk away with the major awards—and the cash – when the Academy Awards air on ABC Sunday, March 4 at 8:30 p.m. ET

What Will Win: The momentum is behind Martin McDonagh’s Three Billboards Outside Ebbing, Missouri, following its wins at the Golden Globes, the Screen Actors Guild Awards and the BAFTAs - all reliable early Oscar indicators. It also has a social conscience that’s timely but not too divisive, which may put it right in the sweet spot of what Academy voters want to promote (or to be seen as promoting).

What Should Win: The Shape of Water also picked up some important early awards from critics groups, as well as the top honor from the Critics Choice Awards, and it boasts the most overall nominations (with 13). Guillermo del Toro’s fable about the romance between a mute cleaning woman and a mysterious amphibious humanoid creature is also more ambitious and creative than most of the other nominees, but it may prove too weird to prevail as Best Picture.

Who Will Win: It’s pretty much a guarantee for Oldman, whose showy performance as Winston Churchill, covered in heavy prosthetics, is practically the definition of “Oscar bait.” Historical drama Darkest Hour may be too staid to win other major categories, but Oldman’s scenery chewing is exactly the kind of capital-A Acting that Academy voters typically love. The veteran actor is widely respected, with only one previous nomination and no previous wins, making this a perfect career capper as well.

Who Should Win: Chalamet may only be 22 years old, but his performance as a sensitive teen discovering his sexuality in Call Me by Your Name is mature and accomplished, and stands as the film’s greatest strength. And while Phantom Thread is strange and divisive, Day-Lewis is a titan of acting who gives one of his best performances as tortured fashion designer Reynolds Woodcock. He’s also claimed that this will be his final role, which may throw a few extra votes his way.

Who Will Win: McDormand has racked up nearly every major award in this category leading up to the Oscars, and it would be a big surprise if she didn’t cap that run with a win here, too. She’s almost universally beloved with one previous win (for Fargo) among four previous nominations. Even critics of the tone of Three Billboards tend to agree that McDormand’s performance as an angry grieving mother is the movie’s highlight.

Who Should Win: This is a strong category all the way through, with a range of different performances, from Ronan’s low-key turn as a sullen teen in the coming-of-age comedy Lady Bird to Hawkins’ wordless, dreamlike performance in the fantasy The Shape of Water. Streep certainly doesn’t need yet another Oscar for her typically solid work as Washington Post publisher Kay Graham in The Post, but Robbie deserves a boost for her stellar work as another real-life figure, disgraced skater Tonya Harding. It’s an equally hilarious and poignant performance that gives Robbie a chance to showcase the full range of her talents.

Who Will Win: Rockwell has become an unlikely favorite after winning at the Golden Globes, the Screen Actors Guild Awards, the BAFTAs and the Critics Choice Awards. That seems like it will give him a clear advantage here, even though his role (as a racist, homophobic cop) in Three Billboards is much broader and less nuanced than his co-star Frances McDormand’s nominated performance. Dafoe was an early favorite throughout much of the lead-up to awards season, and the Academy may still opt for his more low-key, likable turn in The Florida Project as a kind-hearted motel manager.

Who Should Win: Dafoe’s performance is the least showy in this category but it’s also the most human, and the one that feels the most like a genuine character. It’s a true supporting performance, with Dafoe allowing the mostly non-professional actors in the rest of the cast the chance to shine when acting alongside him. The veteran character actor has been nominated twice before but has never won, and is long overdue for the recognition.

Who Will Win: Janney’s bracing performance as Tonya Harding’s abusive mother LaVona in I, Tonya may be the single award that the underrated self-aware dark comedy will take home, following Janney’s previous wins at the Golden Globes, the Screen Actors Guild Awards, the BAFTAs and the Critics Choice Awards. But don’t count out fellow TV veteran Metcalf for her warmer, more sympathetic portrayal of motherhood in Lady Bird. Although she’s won only lower-level critics’ group awards, Metcalf may just overtake Janney with her less abrasive and thus slightly more Academy-friendly performance.

Who Should Win: In the battle of the moms, Metcalf brings more depth to her role, and seeing the perpetually undervalued supporting actress win an Oscar would be a pleasant surprise.

Who Will Win: Although The Shape of Water may miss its chance at Best Picture, del Toro seems like a lock for this award, with his previous Golden Globes, BAFTAs, Directors Guild and Critics Choice wins. Del Toro has been a visionary filmmaker for many years, but his pulpy genre movies don’t always get attention from critics and awards voters. Water combines del Toro’s genre interests with a more mature story that highlights romance, sexuality and social commentary, and he brings all of those elements together masterfully.

Who Should Win: For sheer scale, nothing compares to Nolan’s accomplishments in the World War II epic Dunkirk, the kind of movie that would have swept the Oscars in past decades. It may not have the contemporary resonance of Water or Jordan Peele’s Get Out, but it’s a monumental achievement in filmmaking. 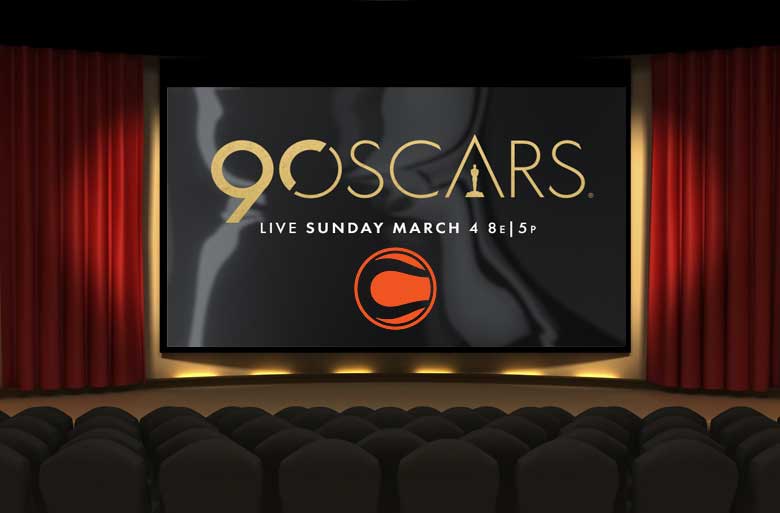 Betting the Oscars odds: Best picks for the 90th Academy Awards
Provided by