Tiger-Cats vs Elks Week 13 Picks and Predictions: Rude Return to Action For the Hosts

The Elks are on a five-game losing streak as they come out of their bye week to host the Tiger-Cats. With instability still a factor at QB, can Edmonton get a win? Check out our CFL betting picks and find out. 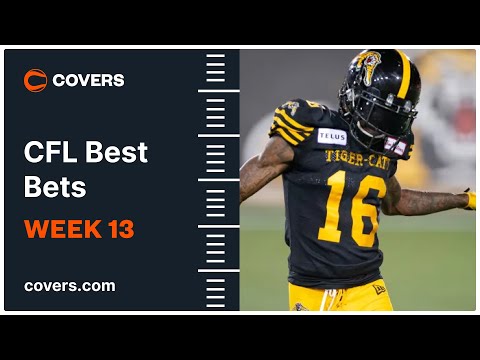 The Hamilton Tiger-Cats head to Commonwealth Stadium on Friday night to take on the Edmonton Elks. The Elks are in the middle of a disappointing campaign and will look to turn their season around, but it won't be easy against a surging Ti-Cats squad.

CFL betting lines opened with Hamilton as a 4.5-point road fave before quickly shifting to -5.5.

Here are our best free Tiger-Cats vs. Elks picks and predictions for Friday, October 29, with kickoff at 9:45 p.m. ET.

The Under is 7-0 in the Tiger-Cats' last seven games against a team with a losing record. Find more CFL betting trends for Tiger-Cats vs. Elks.

The Edmonton Elks come off a bye week looking to snap a five-game losing streak as they host the Hamilton Tiger-Cats. Edmonton is at the bottom of the West Division standings with a 2-7 record, and while getting defeated three times by the Grey Cup favorite Blue Bombers is understandable, losing twice to the Redblacks is far less forgivable.

The Elks have been among the top teams in the league when it comes to total offense and defense, but turnovers and poor play in the red zone have ended up costing them. Looking to turn things around, they shipped away veteran quarterback Trevor Harris and traded for Nick Arbuckle on Tuesday. Arbuckle is still learning the system and likely won't start on Friday, so expect rookie passer Taylor Cornelius to play in his fifth career game.

It's tough to know what we're getting from Cornelius since he struggled in three games against the Bombers' dominant defense but lit up the Redblacks' league-worst pass defense for 334 yards through the air.

However, given that Hamilton's stop unit is much closer to Winnipeg than Ottawa, we're expecting a tough outing for the inexperienced QB. The Ti-Cats defense is tied for the league lead with 13 interceptions while allowing the second-fewest yards per pass attempt (7.3) and yards per rush attempt (4.5).

The Ti-Cats' offense struggled earlier in the year as injuries piled up but they're getting healthy and Jeremiah Masoli has completed 80.3 percent of his passes for 681 yards over the last two games.

Hamilton is 5-3 SU in its last eight games, with two of those losses coming by a single point and the other defeat coming in overtime. With the Elks going just 1-5 ATS in their last six games at Commonwealth Stadium, look for Hamilton to roll into Edmonton and dismantle the reeling home side.

The Elks are averaging the second-fewest points per game (17.7) in the league and will find it tough to get on the scoreboard against a Ti-Cats squad allowing just 15 ppg over their last eight games.

Hamilton has a fantastic front four anchored by Ted Laurent and Ja'Gared Davis, while its linebacker duo of Jovan Santos-Knox and Simoni Lawrence is the best in the league. Expect them to bully an Edmonton offensive line that has been playing musical chairs this year.

Masoli has looked more like his 2018 All-Star self in recent weeks but it won't be easy to shred the Elks' secondary. Edmonton's defense has often worked with poor field position from its turnover-prone attack, but it has still held strong. The Elks are holding opposing passers to the fewest passing yards per game (212.3) in the league while ranking third in yards per pass attempt allowed (7.6).

The Ti-Cats are 11-2 to the Under in their last 13 games and have cashed the Under in six straight contests on the road. Expect the Under to hit again on Friday night. 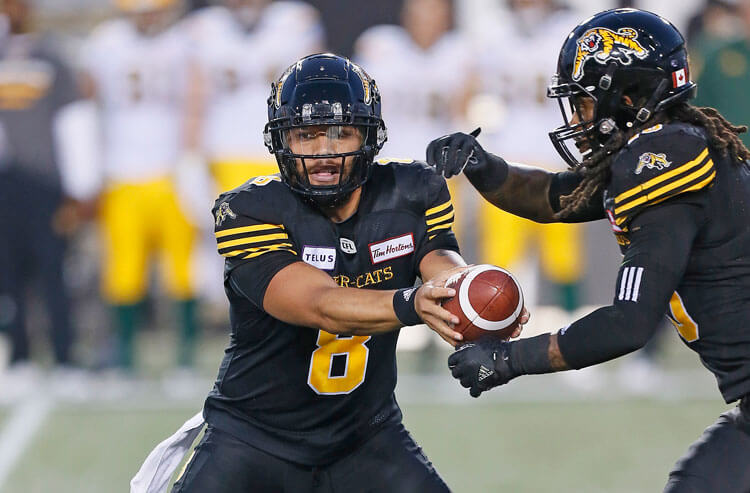 Tiger-Cats vs Elks Week 13 Picks and Predictions: Rude Return to Action For the Hosts
Provided by