Blue Bombers vs Argonauts Week 4 Picks and Predictions: Champs Too Much for Toronto

The Toronto Argonauts offense has not looked impressive to start the season. This is especially troubling against a Blue Bombers stop unit that obliterates opposing attacks. This has the makings of a low-scoring clash that ultimately goes Winnipeg's way. 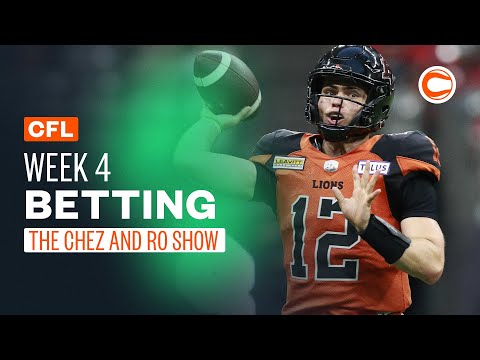 Week 4 in the CFL wraps up on Monday night with the Winnipeg Blue Bombers facing off against the Toronto Argonauts. The two-time defending Grey Cup champion Blue Bombers look to go 4-0 while the 1-1 Argos try to bounce back from an ugly road loss last week.

CFL betting lines opened with the Argos as 3.5-point home underdogs before that number grew to +4.5. Here are our best free Blue Bombers vs. Argonauts picks and predictions for July 4, with kickoff at 7:30 p.m. ET.

This line hit the board with the Bombers at -3.5 with the total at 42.5. Early money has come in on the road favourites with the Bombers now at -5 at most books with a few books still dealing -4.5. The Over/Under has stayed steady.

The Blue Bombers are 8-2 ATS in their last 10 meetings against the Argos. Find more CFL betting trends for Blue Bombers vs. Argonauts.

After a pair of close wins in a home-and-home set against the revamped Redblacks the Blue Bombers beat the Tiger-Cats 26-12 last week to improve to 3-0 straight up and 2-1 against the spread.  It was another stifling performance from Winnipeg's stop-unit, which held the Ti-Cats to 269 yards of offense and intercepted Dave Evans twice — including a pick-six to seal the game in the fourth quarter.

The Argonauts opened their season by holding on for a 20-19 win at home against the Alouettes in Week 2. They followed that up with a Week 3 to forget by heading to BC as 4-point underdogs and getting curb-stomped like a Div 2 school facing Alabama.

The Argos had possession for less than 20 minutes, were outgained 583-242, and lost by a final score of 44-3 to the Lions, who lost three key starters to injuries in the first half and still didn't slow down.

The Argos are too talented to get beaten down like that on most weeks, especially when they don't have to travel halfway across the country.

However, it's tough to see this struggling offense do much against this Bombers defense. Winnipeg's secondary doesn't look quite as dominant as it did a year ago but should be able to shut down an anemic Argos passing game.

Although Winnipeg's offense hasn't been quite as good as its defense, quarterback Zach Collaros is still very capable of spreading the ball behind a sturdy offensive line. We saw how vulnerable this Argos secondary can be when it's stretched thin at every level and while I don't think they surrender more than 400 yards through the air again, Collaros will be able to move the chains when needed.

Based on our preview and the total sitting at a low 42.5, you'd probably guess that I'm expecting a lower-scoring contest and you'd be absolutely correct.

With the Bombers losing wideout Kenny Lawler and running back Andrew Harris in the offseason their offense has been a lot less explosive.

They also lost an important cog in their line when guard Drew Desjarlais departed for the NFL and suffered another loss up front with center Michael Couture placed on the six-game IL last week. All-Star guard Pat Neufeld also sat out practice on Thursday due to an ankle injury.

Those changes have resulted in the Bombers averaging just 21.3 points per game through the first three weeks of the season. Thankfully, the Bombers defense looks just as opportunistic as the last few seasons and has been terrific at forcing turnovers and tightening up inside their own end.

The Argos signed Harris in the offseason and while the veteran running back has looked good, he can't carry an offense that has the up-and-down McLeod Bethel-Thompson at quarterback.

With the Bombers 15-5-1 to the Under in their last 21 games and the Under also cashing in five of the Argos' previous six contests, I'm betting the Under on Monday.

The Argos have looked very unimpressive on offense in their first two games of the season and with an average offensive line paired with a mediocre passing game, scoring points could be a problem for them all season.

Those offensive issues will be magnified against a team like the Blue Bombers who are equally stout against the pass and run and have veterans and All-Stars at every level of their defense.

Expect another sluggish offensive effort from the Argos and bet the Under on their team total.

Did you know that if you parlayed this week’s CFL Blue Bombers vs. Argonauts picks, you could win $59.88 on a $10 bet?

Blue Bombers vs Argonauts Week 4 Picks and Predictions: Champs Too Much for Toronto
Provided by

Lions vs Stampeders Week 10 Picks and Predictions: BC Defeats Calgary in First Matchup of the Season
Rohit Ponnaiya | Aug 12, 2022