Next on the list for Jake Paul? Tyson Fury's undefeated half-brother, Tommy Fury. A date is set for the pair to fight at Madison Square Garden after the initial bout was scrapped — check out updated early odds for Paul vs. Fury.

YouTube star Jake Paul was set to take on his toughest boxing opponent to date, Tommy Fury, in December until the planned bout was scrapped. Now, the pair look set to square off with a date for August set.

Paul was the favorite for his previous highly-publicized fights but opened as a +120 underdog against Fury, who is his first foe with professional boxing experience. He has since moved to -110.

Tommy is the half-brother of world heavyweight champion Tyson Fury, and while the 22-year-old is nowhere near his big brother's level, he still boasts a perfect record and opened as the favorite at -150, moving to -120.

Here are updated early Paul vs. Fury odds, as of June 23.

Odds for Paul vs Fury

The 24-year-old Paul has been training as a boxer for more than two years. He knocked out fellow YouTube star AnEsonGib in the first round in 2020 before turning former NBA player Nate Robinson into a meme later that year.

Paul opened as a -225 favorite against former MMA fighter Ben Askren earlier this year but that line shrunk to -177 just before they faced off in April. The younger Paul brother KO'd Askren in the first round and immediately set his sights on another UFC vet in former lightweight champion Tyron Woodley.

Paul opened as a -160 fave versus Woodley but with money coming in on the YouTube star that line grew to -225 by the time of the fight in August. Paul was almost knocked down in the fourth round but ended up winning via split decision.

Tommy Fury might be a pro boxer but, like Paul, he is more well known for his antics outside the ring after finishing as the runner-up on Love Island in 2019. Although Fury has a perfect 7-0 record, he's faced a bunch of unknowns who have a combined record of 14-175-5.

Fury previously fought on the undercard of the Jake Paul vs. Tyron Woodley event and won against Anthony Taylor in a four-round decision. Taylor is an MMA fighter who had little experience as a boxer and gave up five inches of height, nearly 10 inches of reach, and plenty of weight to Fury.

Jake Paul vs Tommy Fury tale of the tape

Jake Paul and Tommy Fury will fight on Saturday, August 6.

In addition to the date being set, Paul also announced the fight would take place at Madison Square Garden in New York City, New York.

What is the undercard for Paul vs Fury?

The full undercard for Paul vs. Fury is yet to be announced, but the co-main event will feature Amanda Serrano, defending her WBC, WBO, and IBO featherweight titles, against Brenda Carabajal.

The most common way of betting on a boxing match is by picking the overall winner of the bout. With Fury being the favorite for this fight, his odds have the minus sign (-) in front of them at -150. This means that bettors would need to wager $150 in order to win $100. A Paul win would pay out more as he's the underdog at +130. This means that a $100 wager would profit $130. 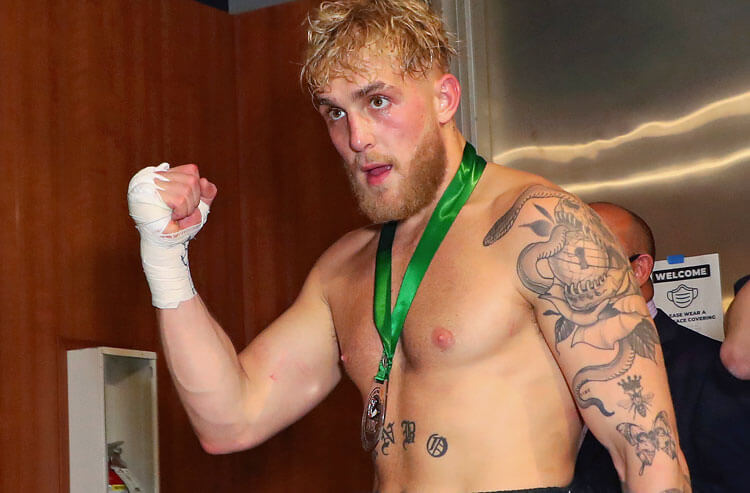 George Kambosos vs Devin Haney Picks: Who Will Rise Up Down Under?
Danny Howard | Jun 4, 2022