After Ferrari's Charles Leclerc finished second at the British Grand Prix, the team will hope for an even better weekend for both their drivers at the Hungaroring. We've got Ferrari's outlook and more in our Hungarian Grand Prix odds, tips, and picks.

A tense Formula 1 championship battle will resume this weekend, with odds to win the Hungarian Grand Prix on the board.

A dramatic race last time out shrunk Max Verstappen's championship lead, and a pole position has given Lewis Hamilton the top spot on the Hungarian Grand Prix odds board ahead of Sunday's race.

We've got the full F1 odds for the Hungarian Grand Prix, plus F1 betting tips, below.

Where is the Hungarian Grand Prix taking place?

The Hungarian Grand Prix takes place at the Hungaroring in Budapest. Largely made up of tight corners and chicanes, the circuit does not present many spots for overtaking. What overtaking action we do see, however, will be into turn one at the end of the start/finish straight, where drivers will be able to be late on the breaks in an attempt to overtake.

Though the Hungaroring's start/finish straight could see less powerful engines, such as Ferrari's, suffer, the similarity between this circuit and Monaco bodes well for the Scuderia. While their power unit has not yet returned to the same level as other top teams, their car has handled tight, winding circuits supremely well in 2021. That was evidenced in the streets of Monaco, where Carlos Sainz Jr. qualified in fourth before crossing the finish line in second on race day to earn his first podium as a Ferrari driver.

Sainz is one of the most consistent, reliable drivers on the grid, and he had an absolutely spectacular performance at the British Grand Prix — despite that circuit not being particularly advantageous for Ferrari. In Budapest, Ferrari should be the best of the rest behind Mercedes and Red Bull, and Sainz should finish Top-6 as a result.

We're sticking with Ferrari as we look toward their No. 1 driver, Charles Leclerc. Like Sainz, Leclerc nearly had a dream weekend in Monaco, as the Monegasque driver took pole position seemingly out of nowhere before his weekend was ruined by a qualifying-ending crash. However, that qualifying performance only further emphasizes how well suited the Ferrari is for downforce-heavy circuits such as the Hungaroring.

Leclerc is a class above Sainz and, on balance, is one of the best drivers on the grid — and he showed as much while admirably holding off Lewis Hamilton for as long as he did as the race leader at Silverstone. Between Red Bull's Sergio Perez struggling in qualifying and Mercedes' Valtteri Bottas struggling on race day this season, there will be an opportunity for Leclerc to force his way into the Merc-RB battle. By doing so, he can earn his second straight podium finish.

Due to both strategy and their car's setup, Aston Martin enjoyed their best weekend of the season at the Monaco Grand Prix, as Sebastian Vettel finished fifth after qualifying eighth, while Lance Stroll finished eighth from 13th to give the team their first double points finish of the season. They should hope for another double points finish at the Hungarian Grand Prix, where their car's downforce advantage should push them forward in a midfield battle they haven't had much success in this season.

Stroll and Vettel have had recent success at the Hungaroring, too, with Stroll finishing fourth at the circuit last season while Vettel finished sixth in a poor performing Ferrari. Provided there are no incidents, seven of the Top-10 should be occupied by Mercedes, Red Bull, Ferrari and McLaren's Lando Norris, but the rest of the midfield will be there for the taking. As they did in Monaco, count on Aston Martin to take advantage.

Past winners of the Hungarian Grand Prix 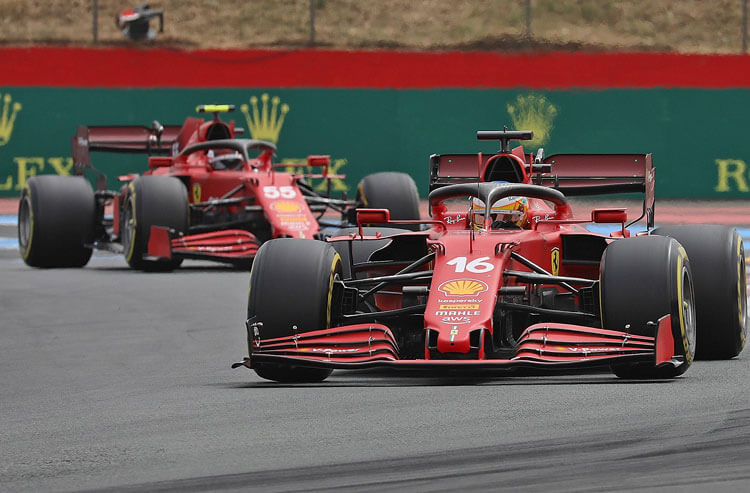