Ferrari's Carlos Sainz Jr. did well to get onto the third row in qualifying, but he'll have his hands full defending his position in the race. Can Sainz deliver for Ferrari? Check out our French Grand Prix picks.

French Grand Prix odds are on the board ahead of Sunday's race at the Circuit Paul Ricard, and we're bringing you F1 picks and full F1 betting odds once again.

The Formula 1 odds board for this weekend is again headlined by the two title contenders, with Lewis Hamilton edging leader Max Verstappen. However, with F1 returning to France after a year away, there is value to be found in our French Grand Prix picks.

Here are the full French GP odds and picks ahead of tomorrow's race.

Where is the French Grand Prix taking place?

F1 first raced at Circuit Paul Ricard in 1971, with races occasionally held there over the next 12 years. After six consecutive years, from 1985-1990, Formula 1 didn't return there for the French Grand Prix in 2018.

Though not a visually appealing track, the circuit did deliver a solid race until 2018, before an uneventful 2019. With several long straightaways and high-speed corners, there will be plenty of chances for overtaking if one of the favorites finds themselves down the grid.

Carlos Sainz Jr. has continued to be one of the steadiest drivers on the grid in 2021, delivering consistent results for a Ferrari car that is not yet consistent at every circuit. While Sainz and Ferrari have been toward the front of the pack at tighter street circuits, they have been exploited on longer straightaways.

After qualifying in fifth on Saturday, the long straightaways and high-speed corners of the French Grand Prix will leave Sainz susceptible on race day. While having his teammate, Charles Leclerc, in seventh should help Ferrari's strategy on Sunday, the pack surrounding them could wreak havoc. The others cars starting fifth through tenth are Pierre Gasly, the McLarens of Lando Norris and Daniel Ricciardo, and the Alpine of Fernando Alonso (plus, Alpine's Ocon and Aston Martin's Sebastian Vettel on the sixth row). McLaren and AlphaTauri are especially dangerous at a circuit like Paul Ricard.

Sainz Jr. will need to get away perfectly at the start tomorrow and put in a near-flawless race to remain in the Top-6. With the pack around him, that doesn't look likely.

Alpine driver Esteban Ocon has had a strong season compared to former title-winning teammate Fernando Alonso, especially after Ocon was so soundly beaten by Daniel Ricciardo as teammates a year ago. Ocon has finished ahead of Alonso in all four races the pair have completed this season, has an average qualifying position three spots higher than his teammate, and is around a quarter of a second quicker on average.

Among Ocon's highlights this season is qualifying in fifth at the Spanish Grand Prix, and that strong performance bodes well for the French Grand Prix. Both tracks have long straightaways and several high-speed corners, characteristics which have been kind to the Alpine car this season. (Ocon's other best qualifying came at a similar circuit, at the Portuguese Grand Prix, where he started sixth.)

Ocon's return home to France for the French Grand Prix has already started brightly, with Ocon and Alpine announcing a contract extension. It can get even better with a Top-6 finish on Sunday.

Barring a late safety car or other unexpected drama, we should anticipate big gaps between the cars at the front of the pack. The length of the straightaways at Circuit Paul Ricard, as well as the high-speed corners, will allow for the race leaders to drive into clean air for the majority of the race, putting in excellent lap after excellent lap.

In the 2019 French Grand Prix, the last time F1 raced at this circuit, Hamilton won with a gap of over 18 seconds to second place. This year's Spanish Grand Prix had Hamilton win by nearly 16 seconds, despite only taking the lead with six laps to go. Late drama for a circuit like those in Spain or France is rare, and even still we had a win of well over eight seconds in Spain.

The French Grand Prix is unlikely to deliver any late drama at the front of the pack, but at least we can take advantage of a processional finish.

Past winners of the French Grand Prix 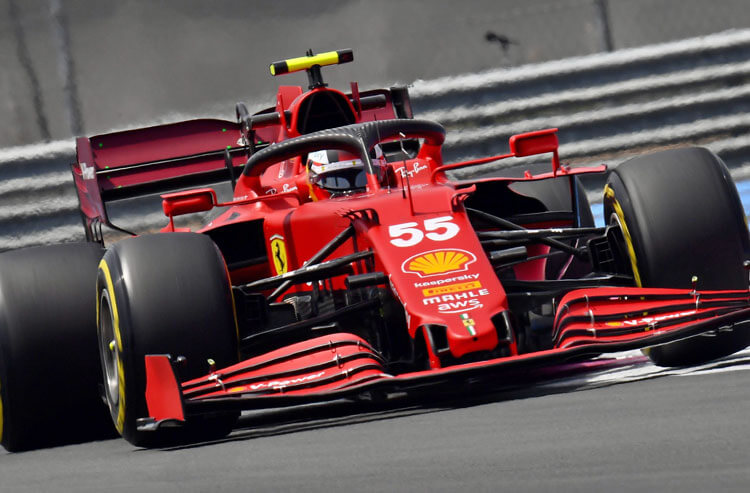