A three-week gap between F1 picks finally comes to an end this week, with the second race on the Formula 1 calendar here. A new race week means new F1 betting odds, and the Emilia Romagna Grand Prix odds leave plenty to dissect.

Formula 1 odds are always well worth combing through beyond the heavy hitters at the top of the grid and we'll get into those F1 odds and Emilia Romagna Grand Prix picks below.

Where is the Emilia Romagna Grand Prix taking place?

The Emilia Romagna Grand Prix takes place at the Autodromo Enzo e Dino Ferrari in Imola, Italy. Formerly on the F1 calendar as the San Marino Grand Prix, 2020 was its first appearance since 2006, with multiple cancellations elsewhere on the calendar allowing Formula 1 to return to Imola. The circuit has 19 corners and though it has a number of spots for drivers to go flat out on the throttle, the narrow track (relative to the size of modern F1 cars) can make for challenging passes.

For a brief moment on Saturday morning, it looked like McLaren's Lando Norris had put in the best qualifying session of his young career, with the British driver crossing the line as the second-fastest, less than half a second off pole winner Lewis Hamilton.

Sadly for Norris and the Papaya, his lap time would end up as one of many deleted due to exceeding track limits (going completely off the track), so he would settle for seventh. However, that lap is still an accurate representation of Norris' race pace this weekend. In free practice three, ahead of quali on Saturday morning, Norris was again the second fasted car on the track. He'll have his work cut out for him on Sunday, but a retirement, a safety car, or, if we're lucky, rain, is all it will take for Norris to challenge for a podium.

For the first time in his career, F1 veteran Sergio Perez will begin the race in the front row, after finishing just .035 seconds off Hamilton in qualifying. However, there's pretty good reason to explore taking him at plus-money to miss out on a podium.

With the first three or four rows of the grid looking very quick in qualifying, the race start will be crucial — Perez could very well be out of podium positions before the first turn.

Then there's Red Bull's very real reliability issue, which could sabotage Perez's race at any moment (his car shut off during the formation lap in the first race of the season, though he did get it started again).

Finally and most prominently, there's Red Bull's favorite son Max Verstappen, right behind him in third. Regardless of if Perez maintains track position to begin the race, Verstappen is likely to get the better strategy and his result prioritized by the team. That in itself is a disadvantage and it's compounded by the track they are racing this weekend, as it has the longest pit straight on the calendar. Perez could be sacrificed to the pack to benefit Verstappen, which would see a podium finish slip away.

Unfortunately, the recipe for Bottas to achieve the fastest lap is tried and true. In recent years, with Lewis Hamilton, Max Verstappen and Bottas being a frequent podium combination, we've seen a regular occurrence: Hamilton is far out ahead of the pack and Verstappen is cruising in second with a similar gap when Bottas, with more than a pit stop's worth of time between himself and the next closest car, heads into the pits around the penultimate lap of the race for fresh tires in order to try and set the fastest lap with new tires and earn the additional point for himself and Mercedes.

Seeing as Imola isn't expected to feature many opportunities to pass, the front of the grid could follow that formula, with Hamilton racing into clean air and creating a massive gap. In that instance, Verstappen would do the same and thus, leaving Bottas to breeze to third and push for the fastest lap of the race as it comes to an end.

Past winners of the Emilia Romagna Grand Prix 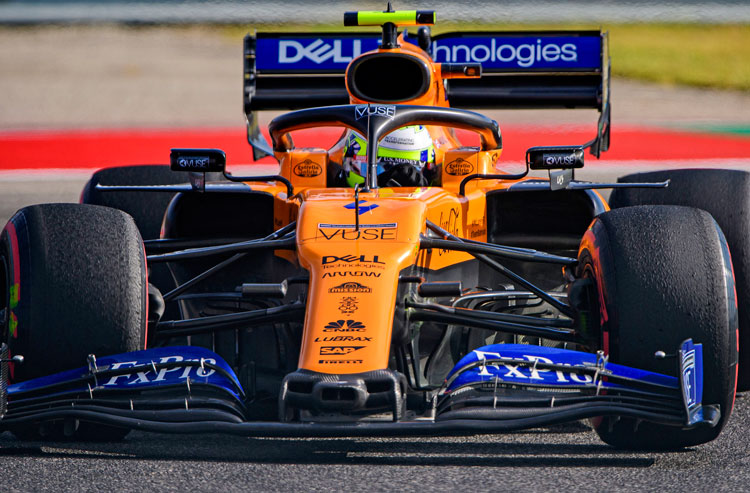